What You Need to Know About Microsoft’s New Windows Phones 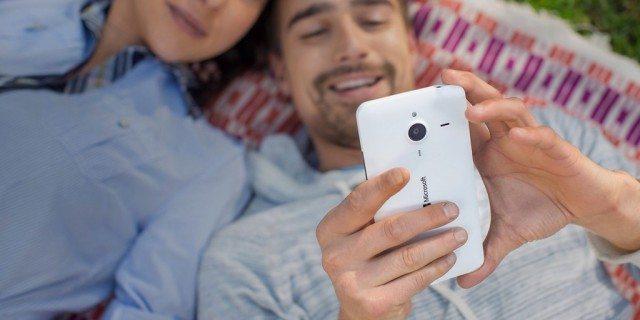 As you wait for Microsoft’s new Windows 10 to finally be released, are you curious about the new smartphones that the company will release to showcase the new operating system come fall? If so, you’re in luck; thanks to a growing number of rumors and reports on the new hardware, we’re starting to get a pretty good picture of what Microsoft’s next flagship Windows Phones will look like.

Mark Sullivan reports for VentureBeat that leaked information about Microsoft’s upcoming flagship Windows Phones has been surfacing all summer, but new information fills in the gaps in what’s come to light so far. Microsoft is working on a pair of phones, currently codenamed “Cityman” and “Talkman,” which will showcase the new Windows 10 operating system and set expectations on how the company wants the new operating system to interact with smartphone hardware.

Rubino addresses the naming of the two phones, noting that they certainly won’t be marketed with the codenames that are currently being used internally. Many have referred to the upcoming devices as the Lumia 940 and Lumia 940 XL, but Windows Central reports that Microsoft is considering jumping a model number and calling them the Lumia 950 and Lumia 950 XL. (After all, it did skip Windows 9 and jump straight to Windows 10, which would seem to set a precedent for such a jump.)

Windows Central reports that the Cityman, or Lumia 940/950 XL, will have an optional Surface Pen and smart cover, which will be sold as extras. The Surface Pen, so far, appears the same as the current silver Surface Pen available with the Surface Pro 3. The smart cover, in turn, is reminiscent of the one for the ASUS ZenFone 2. It has a circular, transparent area for calls and notifications to be viewed, and the Surface Pen can clip to it. Another optional accessory, codenamed Munchkin, is a docking station with USB and display ports, which can connect to the new phones via USB Type-C. The accessory will enable the phone to use the Continuum feature to project onto a computer display.

Notably, both phones are expected to feature an iris scanner to unlock the devices. With the Windows Hello feature, the tech should enable users to unlock their phones “in less than one second.” However, the report posits that the feature may not be supported when the smartphones first launch, but could instead be enabled by a software update that would come a month or two after the phones’ initial release.

Rubino reports that he has “personally seen internal documentation about both these phones, including images and specifications.” He has also spoken to sources “who have seen and examined Cityman aka Lumia 940/950 XL in person.” From that hands-on experience, Rubino’s sources report that the phones are very thin, perhaps seven to eight millimeters, and very light in weight. In fact, Rubino says that his sources agree that ” this phone continues to buck the traditional Lumia stereotype of being cumbersome and bulky.”

They characterize the phones’ removable batteries as the thinnest they’ve ever seen, and characterize its appearance as a cross between the Verizon Lumia 928 and the Lumia 830. Additionally, they say that the front glass covers the entire front of the (not curved) display, and note that the volume up and down keys are separated by the power button. The phones also feature a dedicated camera button.

Both phones are expected to be unveiled at the IFA conference in Berlin in September, and they’re likely to actually go on sale in October or November. However, the Talkman will likely go on sale first, with the XL variant launching a few weeks later. Both are expected to contain universal GSM radios, which will enable Microsoft to sell them unlocked to consumers, including shoppers in the United States. It’s not clear yet which U.S. carriers will sell the phones; AT&T may sell only the Talkman, while Verizon may be ending its relationship with Microsoft.