What You Should Know About the Latest Menswear Trend: Jumpsuits 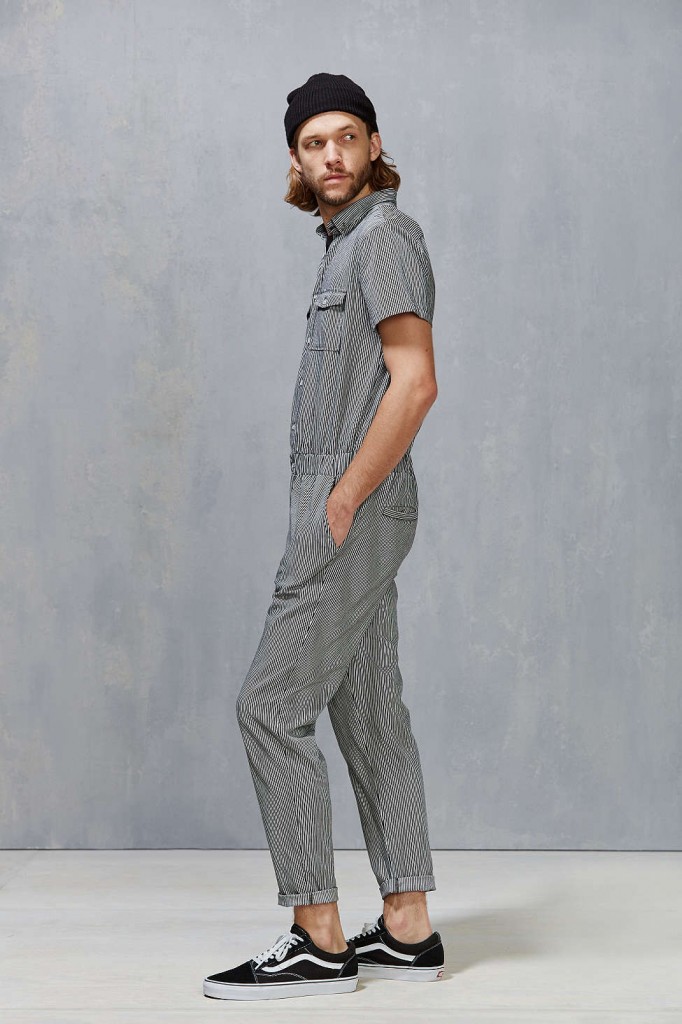 Male jumpsuits, which can best be described as onesies or one-piece garments, are no longer just for race car drivers, bee keepers, mechanics, astronauts, and babies. The male jumpsuit is by no means a new piece, but it is an emerging fashion trend that has jumped from the runway to Instagram, and its popularity seems to be steadily growing. The jumpsuit trend is ’70s-inspired couture that is very popular in women’s wear, and thankfully, gentlemen, it’s now headed your way too. Bear in mind, as with every trend, it’s not for everyone, and most men may not be able to fully wrap their heads around sporting this look. And that’s OK.

If you’re still having trouble processing this look or imagining yourself wearing it, think of Tom Cruise circa Top Gun, in his iconic air-force jumpsuit, which you can conveniently find on eBay. Or think of Kanye West, who rocked a hardware-covered Givenchy jumpsuit last September that turned out to be an Internet sensation. In short, if Kanye is rocking the male jumpsuit, then it’s definitely a trend to consider trying, or at least give a second thought to.

To gain a general consensus on the conflicting appeal of the male jumpsuit, Good Morning America recently hit the streets to get people’s opinions and reactions to the interesting trend. Sadly, most people were opposed to it, as was Joe Zee, Yahoo Style’s editor-in-chief. In the GMA segment, Zee warned men not to embrace the jumpsuit trend too quickly, noting that “some things are better off for the ladies.” He continues: “I do not think a jumpsuit or a romper looks good on a guy.”

But there is still another side to consider, when deciding whether to give the male jumpsuit a try, and that’s the side that says go for it. Case in point: Andy Cohen, talk show personality and host of Bravo’s Watch What Happens Live, has professed his love for the jumpsuit, as has designer Jonathan Skow of the Mr. Turk menswear line, who says the jumpsuit is one of his best sellers.

The men’s jumpsuits in the Mr. Turk line come in a range of styles and fabrics, from classic khaki, to a holiday-inspired (or Halloween worthy for some) Elvis Presley-style one-piece. It’s clear from the popularity of his designs that Skow definitely disagrees with Zee, saying that men should decide on their own whether they should embrace the look and give it a try. Not only is it simple, but he adds: “It’s fashion. It’s fun. That’s the whole point of fashion, right?”

Which of you gentlemen are brave enough to give the jumpsuit a shot?