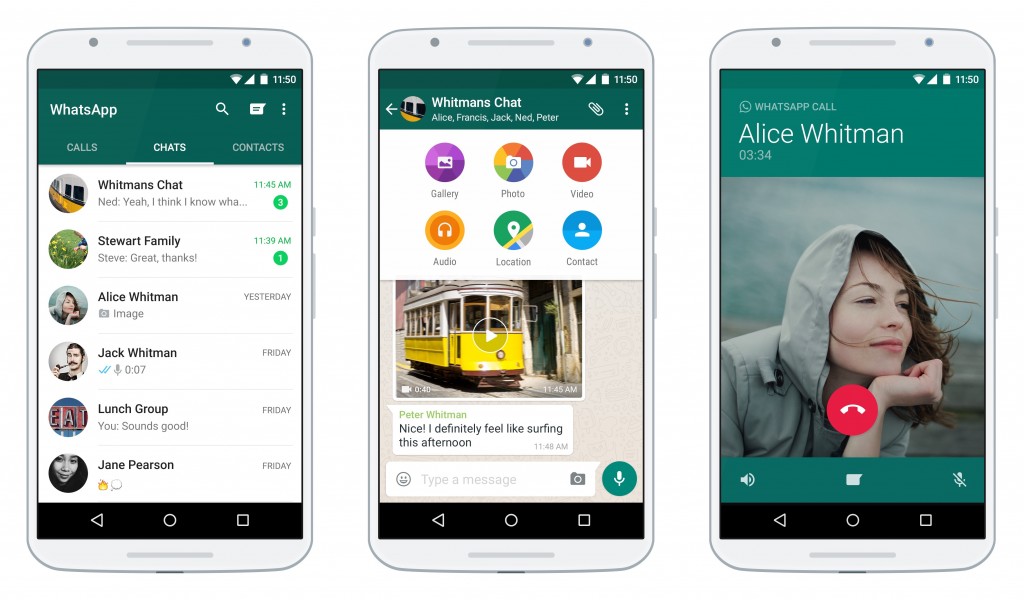 As Joon Ian Wang reports for Quartz, the change comes as Facebook is making a number of key changes to its other blockbuster messaging app, Facebook Messenger. Both WhatsApp and Facebook Messenger are beginning to experiment with chatbots and other services that enable users to do more with a “conventional” chat-based user interface. That’s a change that aligns with the expectation that chatbots are going to be the killer app of the new year.

But why is Facebook ditching its subscription model — it previously offered users a year of free service, and then asked them to pay 99 cents per year, ostensibly to keep the service ad-free — and turning down the only easy way to monetize its 900 million active users? You can find the answer in WhatsApp’s blog post about the change, where users are told:

Starting this year, we will test tools that allow you to use WhatsApp to communicate with businesses and organizations that you want to hear from. That could mean communicating with your bank about whether a recent transaction was fraudulent, or with an airline about a delayed flight. We all get these messages elsewhere today – through text messages and phone calls – so we want to test new tools to make this easier to do on WhatsApp, while still giving you an experience without third-party ads and spam.

Wang notes that when WhatsApp gains the ability to execute the kinds of data-intensive queries that are given as examples in the blog post, WhatsApp will likely begin to look a lot more like Facebook Messenger. Messenger has undergone a major shift of its own, morphing from a simple chat app into an interactive platform where users can book a ride on Uber or make requests of a digital assistant called M.

As a chat app, WhatsApp is in a position to benefit from the rise of chatbots (and the ever-improving artificial intelligence technology that will continue to make them smarter and more useful in the months to come). Data shared in ComScore’s mobile app report for 2015 reveals that messaging apps account for 91% of all time spent on mobile and desktop devices by U.S. users. Companies ranging from banks to airlines are realizing that because their customers are in messaging apps, that’s where they, also, need to be.

Facebook’s aren’t the only messaging apps that are facilitating that shift. Slack recently announced an $80 million fund for the development of third-party chatbots for its platform. WeChat has added a host of integrations that enable its 650 million users to complete tasks from paying bills to buying movie tickets right from its messaging app. And an array of interesting startups — think Fin, Magic, or Operator — enable you to use a messaging interface to order food, get flowers delivered, find a restaurant, book a flight, shop for clothes or furniture, set reminders, or get answers to your questions.

The idea behind the apps that all of these startups are building is actually a great way to make things easier on you. Instead of having to download and keep track of an array of different apps, you’ll be able to complete everything from a single app, or, in the case of a few chatbots, simply by texting a specific phone number from the messaging app you already have and use everyday.

As Wang notes, WhatsApp shift toward a free model means that it’s likely going to have an easier time growing its user base and retaining users (particularly the users whom it would lose after their free year of service). With 900 million users, it’s the world’s most popular messaging app, though Facebook Messenger is gaining on it, with more than 800 million users as of December.

In comparing the two, Facebook has undoubtedly noticed that Messenger and WhatsApp are adding users at similar rates, though WhatsApp has yet to gain traction among U.S. users. With its shift to a free model, WhatsApp is on track to maximize its user base, which will become all the more valuable as it rolls out the third-party integrations and chatbots that are sure to come.