When Will Your Smartphone Have Facial Recognition? 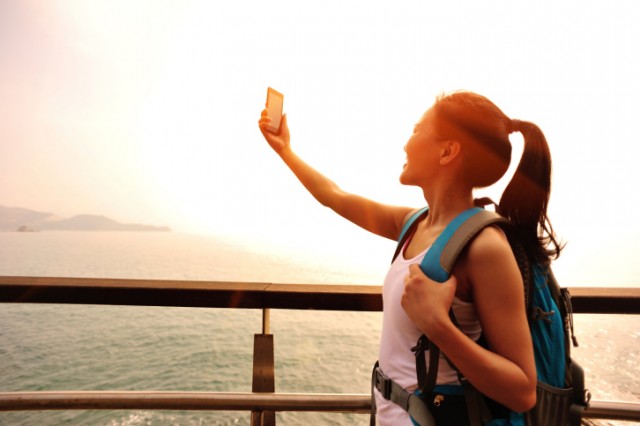 As sensors of all kinds get smaller and biometric authentication software gets smarter, we’re getting closer and closer to the day when we won’t need to type in passcodes or passwords to get access to any of our devices, data, or accounts. Facial recognition technology is one of the most exciting forms of biometric authentication, and it’s very likely that sooner rather than later, you’ll be able to buy a smartphone that can be reliably and securely unlocked just by recognizing your face.

VentureBeat’s Mark Sullivan reports that the number of annual facial recognition devices and licenses will increase from 28.5 million in 2015 to more than 122.8 million worldwide by 2024, according to a report published by Tractica. Tractica explains that facial recognition technology that uses geometric or image matching approaches will soon be widely used in devices intended for consumers and enterprise.

Visible light face recognition can be deployed as software, using existing cameras for use cases such as mobile device authentication or identifying persons of interest from archived video recordings or from real-time video. Infrared-based facial thermography is more expensive but, with its high confidence level matching, the technology is likely to see adoption in diverse use cases such as border control, automated teller machines (ATMs), law enforcement, and defense.  Facial recognition technologies are passive, often requiring no action by the person being recognized.  They can also be stealthy, in the case of cameras identifying persons of interest at sporting events or in public areas.

Tractica expects facial recognition to be a $150 million industry in 2015, and the firm expects that revenue for both visible light facial recognition and infrared-based facial thermography will reach $882 million by 2024. The industry’s cumulative revenue for the ten-year period ending in 2024 is expected to total $4.9 billion, increasing at a compound annual growth rate of 22%.

In a statement given to VentureBeat, the firm explained that “Adoption of facial recognition will be particularly strong during the next several years in mobile device authentication, but areas of growth will also include government applications such as national ID cards and biometrics passports, as well as finance/banking and retail applications.”

Google’s Android mobile operating system has offered users the option of unlocking their smartphones using facial recognition technology since the introduction of Android 4.0 Ice Cream Sandwich, and Google’s Nexus site explains that after you’ve set up the feature, called “Face Unlock,” you can “unlock your device simply by looking at it.” Also after it’s been set up, users can turn on additional settings, called “Improve face matching” and “Liveness check” to make Android’s facial recognition authentication more reliable.

However, Google’s help page on Face Unlock offers the following caveat for users considering turning on the feature: “Although Face Unlock is not very secure, it can be convenient and fun to use.” In fact, Google warns Android users that relying on the feature is less secure than using a pattern, PIN, or password. Many users, particularly in the feature’s early days, found that the feature could be duped by a photograph, and complained that it could make the process of unlocking a phone take much longer than it usually would.

But Google updated the feature with Android 5.0 Lollipop, when it also added a feature called Smart Lock, which offers the option of having your smartphone automatically unlock when it recognizes your face. And as the size and reach of the facial recognition tech industry increases, it’s not difficult to imagine Google further improving on Face Unlock to offer Android users a more secure implementation of the technology — one that they’ll feel better about eschewing a password or PIN to use.

While patents alone don’t make it clear whether Apple will soon, or ever, implement the technology on its iPhone, authentication by facial recognition seems like a logical successor or supplement to the option to unlock your iPhone with the company’s current TouchID fingerprint sensor. As Face Unlock on Android demonstrates, users will not only need to see that the feature brings convenience, but also that the software behind it is reliable, accurate, and secure enough to keep unauthorized users out.