Which iPhone Plan Is Best for You? 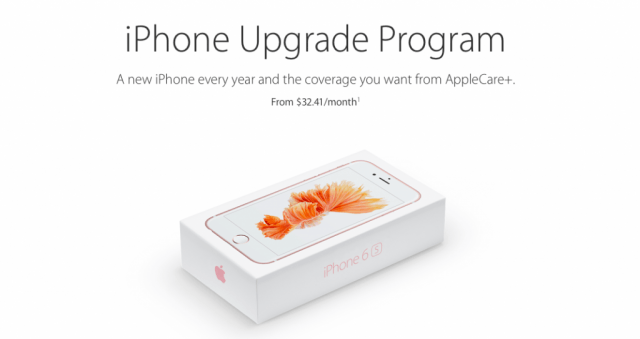 While The Cheat Sheet recommends that you buy your new iPhone outright rather than through an installment plan, that’s not realistic for everyone. We realize that $650 (or more) is quite a bit of money to come up with all at once. Thus it’s important that you take a look at what everyone is offering out there, and make the decision that works best for you.

Pricing is generally the same across most of the installment plans with a few notable exceptions. Some offer better exchange programs, while others like Apple bundle insurance with the monthly cost. What we’ll take a look at is the benefits of iPhone installment plans from the four major carriers and Apple itself along with our concerns about each plan, and give our recommendation for the best overall deal at the end.

Again, we’d recommend you purchase the phone and then sell it each year in order to upgrade to get the best deal. But you’re likely here because you can’t, so let’s get started at comparing what’s out there. To limit confusion, we’re only dealing here with the iPhone 6S and 6S Plus.

AT&T offers iPhones on monthly payments through its AT&T Next program, and there are four ways to do it. The first three require no money down and will split payments into 20, 24, and 30 equal installments. With these plans you can trade in your device and upgrade in 12, 18, or 24 months respectively.

There is a catch though: early upgrades before the minimum amount of months require not only the trade in but the remaining minimum payments in full before you can get your new phone. For some the fourth and final option may be necessary, which requires a 30% down payment. The rest of the payments are spread across 28 months, with the ability to upgrade after 12 months. That can make a new iPhone quite expensive.

We noticed that depending on how your structure the installment plan, for the 6S Sprint by far beats AT&T. With the 6S Plus it is much closer, however to get the yearly upgrade you’d need to upgrade to every new iPhone with AT&T, Sprint still is on top by a few bucks.

This all said, Sprint’s network definitely works against it. Surveys have shown that its network still lags its competitors by a significant margin. That should always play a part in your buying decisions.

We did a little quick math and over the course of the installment plan for larger devices T-Mobile runs cheaper than AT&T, but a little more expensive than Sprint. Of course, if you’d rather take advantage of T-Mobile’s JUMP! Upgrade plan, by far T-Mobile is the better deal, with only $20 per month for the iPhone 6S and $24 for the 6S Plus.

But remember, here again you don’t own the phone at all, and if you cancel before the 18-month period required for JUMP!, all payments are due.

Verizon claims to have the best network, which to some degree has been backed up by recent studies. But for that great network you pay a premium price, and that shows in the carriers prices for its iPhone payment plans.

We did cover Verizon’s recent plan changes here on The Cheat Sheet not too long ago. The news was generally not favorable to frequent upgraders: If you want to upgrade early, you need to pay off the device in full. From what we can tell, you can’t trade the phone in either, which also stinks. Out of the big four, Verizon is dead last in our book for iPhones.

Last but not least, let’s take a look at Apple. The company’s own iPhone Upgrade Program is not tied to any single carrier, and like a majority of the above mentioned plans we’ve talked about here is aimed at allowing you to upgrade to a new phone every year.

There’s a few neat things to mention. The device is unlocked, meaning you’re free to use it on any carrier that supports the iPhone (and switch if your heart desires). It also includes the company’s AppleCare warranty, just in case the worst happens.

With AppleCare costing $129 a year, we’d say here for the sake of argument that is adding $10.75 per month to the monthly cost of your device. If you look at it that way, Apple’s prices actually are more in line. The bad thing is that your device payment is separate from your phone bill, so those of us that don’t care to add yet another bill to worry about might not find this a convenient option.

It’s always tough to make a recommendation on carriers and wireless phones because there is no one-size-fits-all plan and device. Two of these plans do jump out at us as the best.

For those of you that are accident prone, we can’t help but recommend Apple’s own payment plan. AppleCare is nice and offers some good benefits especially on repairs. When we made our recommendation to actually buy the phone outright, we did note for those who couldn’t afford to do so, the inclusion of insurance actually makes it comparable to what you’d spend on buying the device outright over two years anyway.

But if paying the premium — no pun intended — for the added insurance isn’t worth it, then Apple’s installment plan isn’t a good deal for you. We’d actually recommend considering T-Mobile instead, especially for those close to major cities. Sprint is indeed cheaper, but the carrier’s network is still an issue. T-Mobile — while not too much better — has the benefit of a better network (and the fastest LTE data speeds, according to network testing firm OpenSignal) and still decent monthly installment fees.

If you can deal with some spotty rural coverage, especially west of the Mississippi, T-Mobile ends up being the best deal. If you can’t, you may be better off paying the higher prices of AT&T or Verizon.