Why Ad-Blocking in iOS 9 Benefits Only Apple 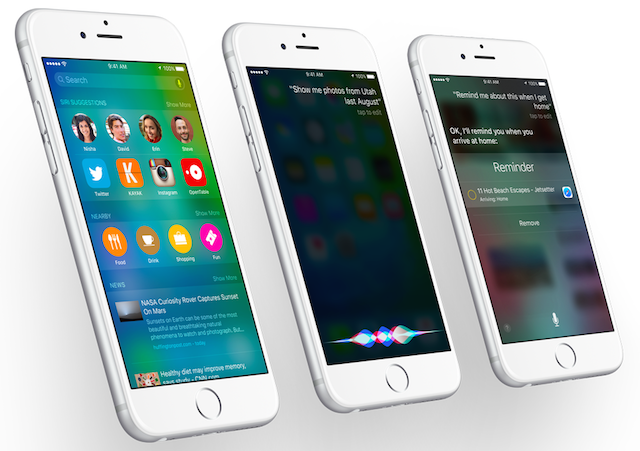 Content-blocking in iOS 9 sounds like a great idea. The major new feature will enable you to install an app that blocks trackers, ads, and other content from loading when you’re browsing the web. But as great as not having to deal with annoying ads sounds, Apple’s addition of content-blocking will have big, negative consequences not just for publishers, and advertisers, but for you. In fact, the move is a bad one for just about everyone except for Apple. Here’s why.

As Owen Williams reports for The Next Web, this new class of apps will block incoming content before it’s even loaded. The app will provide a list of sites and scripts to the operating system for blocking. And instead of requiring the browser to process what to block as the page loads, that happens on a system level before the page loads. That increase the speed of loading significantly, since the content blocker will prevent trackers used for advertising and analytics from gathering information on you and showing you ads (and making Safari slow and unstable in the process).

Using an experimental content blocker called Crystal, Williams found that removing trackers, ads, and scripts makes a significant difference in not only the speed of browsing, but also in the amount of data used. Loading pages on major news sites over a 4G LTE connection in Safari, Williams concluded that “the effect of using a content blocker on iOS is, to be honest, something publishers should be deeply afraid of.” Even as ad-blocking continues to grow on desktop, it presents users with more obvious benefits on mobile, where it enables better battery life, fewer crashes, lower data usage, and even protection against App Store exploits. Williams thinks that all it will take for content-blocking to catch on in iOS is for an app to spend some time in the popular apps charts.

Williams notes that we still aren’t sure exactly what Apple will permit in the App Store, and it’ll be interesting to see whether policies allow full-featured ad blockers like Crystal or simpler tracking blockers like Disconnect. But it’s likely that Apple will allow full content blockers, because it stands to directly benefit by doing so. Making ad-blocking ubiquitous on iOS will force publishers toward iOS 9’s News app, where users can’t block ads and Apple gets a cut of the advertising placed via its iAd network. Publishers who don’t choose to be a part of the News app will have to build their own native apps and, again, use iAd to monetize their content.

Eric Griffith reported earlier this summer for PC Mag that in the closed system that is iOS, ads placed with Apple’s iAd will never be blockable. That’s because iAd doesn’t place ads in the browser, but in iOS apps, where content-blocking apps that would try to interfere with them “1) wouldn’t work because they wouldn’t be targetable with JSON files or via protocols like HTTP, and 2) if it did work, Apple would ban it.”

But the new feature is a loss for everyone else.

Because content-blocking offers iOS users clear benefits, they’re very likely to choose to block ads once they’re aware of the option. Because of the way Apple has iOS set up, that will automatically drive publishers to platforms where Cupertino gets a cut of the advertising revenue. Of course, Williams notes that this could drive publishers to improve the performance of their sites and find an alternative to slow advertising. But that will inevitably be a slow process, with the most immediate benefits going to Apple, not publishers or advertisers.

Williams also notes that not only will content blocking hurt publishers, but it will also break the marketing tools that websites use to measure and communicate with their visitors. Think Google Analytics, Chartbeat, and Optimizely, which could all be blocked from working. These tools aren’t used to serve you annoying ads, but to measure site traffic, learn about people who are visiting, and perform A/B testing to find out if proposed changes to a site perform well.

While this doesn’t immediately sound like a huge problem for users, it could definitely have some pretty big consequences for you. If your favorite sites lose the information that they rely on to make effective changes, or make informed decisions about how to create new features or content for their user base, you could absolutely see the effects. Similarly, if your favorite ad-supported publishers can’t respond effectively to suddenly losing the opportunity to serve ads to iOS users, you could absolutely see sites scaling back or even shutting down.

Everyone wants a faster, more stable, and less data-intensive browsing experience on Safari. And no one likes the current model of advertising, or the subscription model that some publishers have chosen as an alternative. But if the tools used to measure and improve the Internet, and even our favorite websites themselves, could become casualties in the process — and if only Apple is benefitting from its implementation of content blocking — that should give us all pause.