Why Android and iOS Don’t Have Any Real Competitors 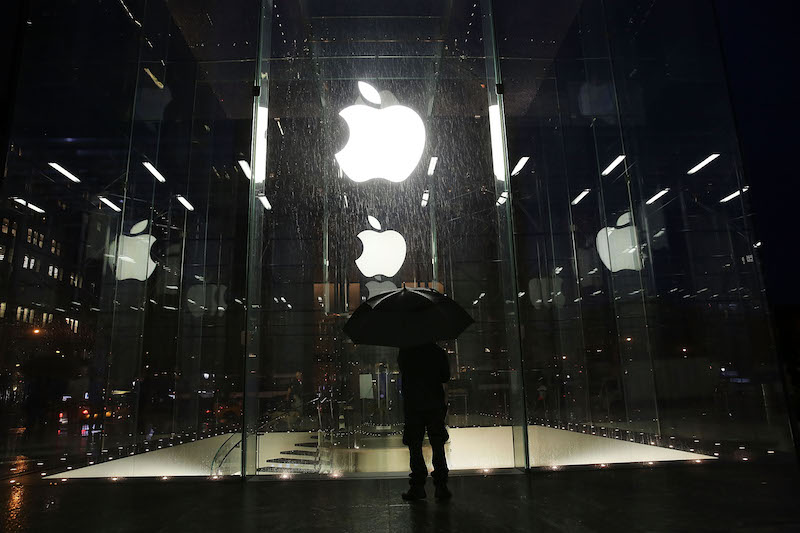 Most of the people you know probably either have an Android smartphone or an iPhone. That’s because they’re basically the only two popular options you’ll encounter when it’s time to upgrade your phone and you walk into a big-box electronics store or stop by your carrier’s store at the local mall. Sure, there are a few other options, like a BlackBerry or a Windows Phone, for users who are big fans of neither Android nor iOS. But with BlackBerry 1o slowing giving way to Android-based BlackBerry phones and Microsoft on the brink of giving up on Windows Phone, it looks like those options may not be around much longer.

Andrew Cunningham reports for Ars Technica that BlackBerry 10 and Windows Phone were our best hope for a “solid third-place mobile operating system,” a backup option that probably wouldn’t ever be as popular as the other two, but would offer a compelling alternative for people who don’t find what they’re looking for in Android or iOS. But in Cunningham’s estimation, the race for that third-place medal is over, “not because somebody won, but because everybody lost.”

It’s possible that BlackBerry 10 really never had a chance of securing the crown. Its first version was launched just three years ago, long after Apple, Google, and Microsoft had established their respective smartphone platforms. Cunningham reports that BlackBerry 10’s failure to catch on “was a decision that the market made,” as evidenced by BlackBerry’s eventual decision to pivot to Android and focus on its services.

On the other hand, there were a few years when it seemed that Windows Phone really had a chance at becoming the third operating system we wanted. While the platform has always had an app problem, Windows Phone 8 and 8.1 brought the operating system to the level of iOS and Android. But Cunningham reports that after Microsoft bought the Lumia division from Nokia, Microsoft “seemed to stop pushing.” He explains that “Windows Phone 8.1 has been left to rot while Microsoft takes its sweet time finishing a continually delayed Windows 10 update.”

Existing Windows Phone 8.1 users are watching as Microsoft ports all the selling points of Windows Phone as a platform to iOS and Android. Creating apps for iOS and Android gives Microsoft’s apps and services a wider audience, but it’s hard to imagine that the company is serious about Windows Phone if those efforts come at the expense of providing existing users with the latest version of the operating system.

The upshot is that it’s hard to recommend that anyone look beyond Android and iOS when shopping for a smartphone, on account of the inability of Windows Phone and BlackBerry 10 to compete with the two dominant platforms. Windows Phone and BlackBerry 10 are now only useful to people who care more about brand loyalty than the actual functionality of their devices, and that’s not a set of priorities that we’d recommend anyone adopting.

But Cunningham would like to see the duopoly change, since he thinks that there’s still a hole in the smartphone market that no one is addressing, some middle ground “between the tightly controlled sterility of iOS and Android’s fractured mess.” It seemed that Windows Phone, now technically called Windows Mobile, could have filled that gap, since the platform is available for multiple manufacturers to build devices around, and can be updated directly by Microsoft (instead of by carriers and manufacturers who have little incentive to support phones after selling them to users).

Additionally, Windows Phone has a consistent design language, and the Live Tiles interface capably splits the difference between iOS-style app icons and Android widgets. The operating system runs equally well on high-end and low-end smartphones, and Microsoft is capable of developing a platform that’s losing money long enough for it to be properly established. But it doesn’t seem that any of that has made a real difference when it comes not only to Windows Phone’s fate, but also the establishment of the third operating system that would fall somewhere between iOS and Android.

With Microsoft’s mobile platform fading, it seems unlikely that any other candidate for third place will be able to gain the number of users it would need to compete with Android and iOS. That might not sound like a problem, since most people are happy deciding between Android and iOS. Alternatives like Firefox OS,, Sailfish OS, Ubuntu, and Tizen have all had good ideas, but none of them seem capable of going the distance to become the third OS that we really need as the smartphone world continues to evolve and bifurcate.