Why LTE Is So Slow in the U.S. 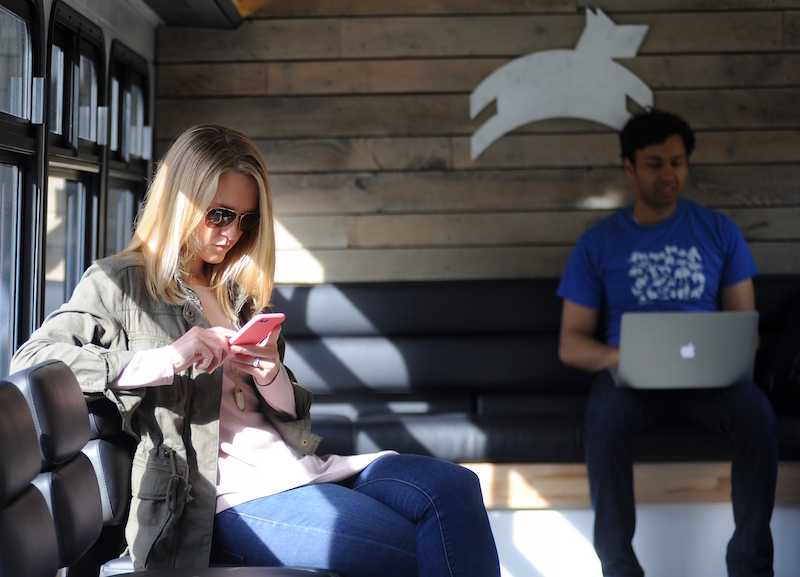 It’s no secret that the LTE speeds smartphone users get in the United States are extremely and embarrassingly slow compared to those that consumers get in other countries. That’s in part because even though carriers in the U.S. have deployed relatively fast networks, those networks get a lot of traffic and have to cover large geographic areas. And as OpenSignal’s latest State of LTE report illustrates, American LTE networks are still nowhere close to matching the speeds of the LTE networks that have been built elsewhere in the world, thanks not only to oversubscription, but also to a lack of spectrum and a lack of technological innovation.

The report, which draws on data that OpenSignal collected from hundreds of thousands of users who own LTE-capable phones and connect to operators with live 4G networks around the world, found that while “no other large countries have managed to build the vast 4G infrastructures the U.S. and Japan have deployed,” the LTE networks that American and Japanese consumers have access to “can’t match the speed offered by most of the world’s 4G operators.” In Singapore, the average speed of a 4G connection is 37Mbps. In New Zealand, it’s 29Mbps. There are 14 countries — including Hungary, Israel, South Korea, and Oman — with LTE speeds that average 20Mbps or faster. And then there’s the U.S., where the average mobile download speed is just 10Mbps.

As Wired’s Brian Barrett points out, the U.S. lagging behind the rest of the world when it comes to LTE speed isn’t anything new, but the gap is getting dramatically worse, and is probably going to take a long time to fix. As the OpenSignal report explains, “A year ago, an average 4G speed of 20 Mbps would have been a truly impressive feat, but today there are 15 countries and 52 individual networks that meet or exceed that mark.”

LTE networks in the U.S. improved, too, since U.S. speeds averaged just 7Mbps last year. But as Barrett reports, “That puts us on pace to catch up with the most world’s most capable carriers sometime late in the next decade. Thanks to a cluster of technological and political hurdles, it might just take that long.”

According to Barrett, the things that other countries have gotten right (and the U.S. hasn’t yet) are the adoption of LTE Advanced, a new standard that basically combines two download channels into one, and the availability of wireless spectrum. Countries like Japan, South Korea, and Singapore have “managed to get more and more spectrum,” according to OpenSignal analyst Kevin Fitchard. And because spectrum availability and LTE Advanced are tied together, Barrett thinks that American consumers aren’t going to see much improvement “any time soon.”

Wireless operators will need to acquire more spectrum in order to add capacity to their networks, and Fitchard explains that “once they get more spectrum they can use LTE Advanced to tie it together and get more capacity and boost individual speeds available to individual customers.” Wired notes that the last time a “major chunk” spectrum became available in the U.S. was back in 2008, just a year after the first iPhone was released. The FCC may hold another spectrum auction sometime in 2016, but because the spectrum that the commission intends to auction off is currently being used by TV broadcasters, it’s not exactly a simple endeavor.

As Barrett puts it, the commission has to “go knocking on doors asking TV stations to sell off their airwaves to the government.” If and only if enough broadcasters agree to do that, then the FCC can repackage and sell the spectrum to the carriers. But Fitchard notes that if the auction price doesn’t reach the level that broadcasters demand, then the entire process has to begin all over again. And even if everyone does agree on a price, it’ll still take years for U.S. smartphone users to see any measurable difference.

Once they sell their airwaves, broadcasters will need to either engage in channel sharing — where two broadcasters use the same frequencies for their broadcast — or shut down their stations. Fitchard explains that one of the reasons that so much time has elapsed since the 2008 spectrum auction is that it took years for broadcasters to stop using the frequencies they sold.