Why OS X El Capitan Is Definitely Worth the Upgrade 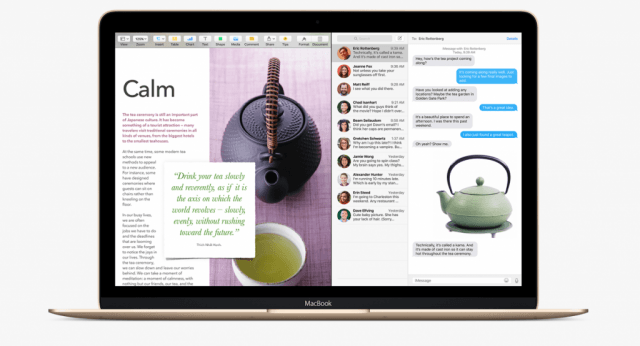 Each Autumn, new software arrives not only for the iPhone, but also for Apple’s family of desktop and laptop computers. Apple’s new operating system for Mac has finally been released, and with it a number of new updates and upgrades for your beloved Mac. Like all of Apple’s annual OS X updates, El Capitan is free, is an important upgrade for security purposes, and adds a number of interesting new features and optimizations. Read on to find out about all of the reasons why you should download OS X 10.11 El Capitan.

Clover reports that El Capitan is a complementary update to Yosemite — hinted at by the fact that El Capitan is named after a mountain within Yosemite — in that it builds on the features that were introduced with last year’s operating system. This year’s release places a specific focus on improving user experience and performance. OS X El Capitan looks like Yosemite, but it introduces a new Split View option for Mission Control to enable two fullscreen apps to be used side-by-side, and adds San Francisco as the new system-wide typeface.

Like the latest version of iOS 9, Apple’s operating system for the iPhone and iPad, its new software for Mac includes an improved Spotlight Search, and some new features for the system’s built-in apps. Safari, for instance, gains Pinned Sites and a universal mute button, and Mail brings new iOS-style smart suggestions. Photos supports third-party photo-editing extensions from the Mac App Store, while Notes is revamped and Maps adds public transit directions. The operating system also includes optimizations to make a number of apps and processes run faster, and the addition of Metal makes system-level graphics 40% more efficient.

As a refresher, Metal is a framework for graphics-intensive tasks, and offloads some of the CPU tasks to the GPU. Romain Dillet reports that while Metal is very important for games, its significance doesn’t stop there. Preview leverages Metal to display long PDFs, or load long lists of emails in Mail. Metal makes the switch from one desktop to another smoother, and enables Mission Control to run smoothly.

With El Capitan, Apple has also added system integrity protection in the form of another security layer for system files. Dillet notes that while this could be a pain for power users, it’s great news for people who are the sole user of a Mac. “Instead of handing root access to third-party apps with a password prompt, you can be sure that your system is safe. Nobody should turn off system integrity protection.”

David Pierce reports for Wired that another compelling reason to download OS X El Capitan — other than the new features and optimizations — is that the operating system represents Apple’s biggest push yet toward the ever-increasing integration of iOS and OS X.  Even though Ina Fried recently reported for Re/Code that Apple chief executive Tim Cook says the company has no intention of eventually merging iOS and OS X, Windows 10-style, everything is beginning to blur together.

As Pierce explains, “That’s why El Capitan makes it easier for users to sync their data and settings across all of their devices, and use the same apps the same ways in every place.” All that’s different, Pierce points out, is the interface. On the iPhone, everything is optimized for a touchscreen, while on Mac, it’s optimized for a keyboard and trackpad. But now, and even more so in the future, you’ll be able to find your files and apps on all of your Apple devices, and interact with them in ways that feel natural. That’s evident in the way both iOS and OS X use the same system font, or the way Photos on OS X is both functionally and aesthetically similar to Photos on iOS.

For all of these reasons, we’d recommend installing OS X El Capitan on your Mac. (Or, if you’re the cautious type, waiting for the first update to make sure that all of the early bugs have been fixed.) Either way, the future of the Mac’s operating system is here. If you’re updating from Yosemite, you won’t find yourself disoriented, but will find that everything simply works better.