Why There Isn’t a Streaming Service With Everything You Want 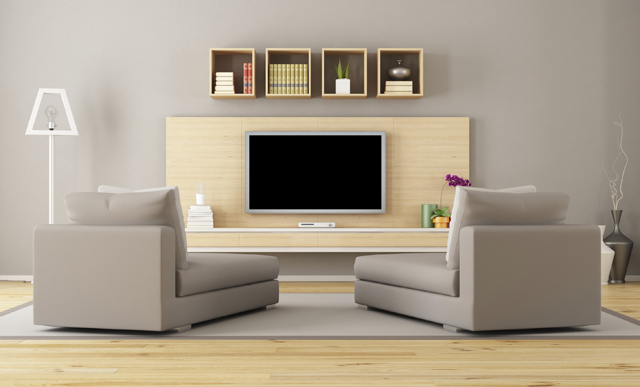 If you’re holding out hope that a movie and TV streaming service will someday put all of the content you want to stream in a single place, you’ve probably realized that you’re out of luck for now. And it doesn’t look like your options will be getting too much better in the near future.

Bryan Bishop reports for The Verge that Internet users want a single subscription service that can offer all of the movies and TV shows that they could possibly think to search for. Conditioned by years of using streaming services, users expect a Spotify-like service for movies and TV shows to become a reality, and any move that takes a service further from that goalpost is ridiculed as a failure. But Bishop reports that “There’s just one problem: a Spotify for movies and TV is never going to happen. And that’s just the way the studios and services want it.”

Bishop points out that when Netflix first got into the streaming business, it wasn’t trying to collect enough content to make its streaming service’s selection exhaustive. It was simply trying to collect enough content to justify the streaming service’s existence. Many of the movies made available in the early days of Netflix’s streaming service were licensed through deals with channels like Starz and Epix, rather than studios, and while there were some persistent quality issues in those early days, the sub-licensing deals that Netflix made were a quick way for the company to build its streaming catalog.

But after a time, the networks that provided that content realized that they provided a lot more value to Netflix than they initially thought. Start pulled out of negotiations in 2011, and in 2012, Epix decided not to move forward with Netflix on an exclusive basis and began working with Amazon, as well.

That seemed like a good thing to users, who suddenly had more places to find their favorite movies, but for Netflix, non-exclusive content is less valuable than exclusive content. Bishop explains, “When a movie is available everywhere, it becomes a commodity instead of a differentiator, moving the competition to less quantifiable terrain such as value and quality of service.” He adds, “Get in the ring with someone like Amazon, which uses its streaming service as a value-add rather than a revenue generator, and you’re talking about asymmetrical warfare.”

Netflix’s recent decision not to renew its deal with Epix — which will result in movies like The Hunger Games: Catching Fire, The Wolf of Wall Street, and Transformers: Age of Extinction being removed from the service by the end of September — seems like “a sound strategic decision” in Bishop’s estimation. The “exclusivity war” is in full swing in the world of TV shows, with both Amazon and Hulu making headlines for keeping shows out of the catalogs of competitors. Additionally, several streaming services are creating original, exclusive content of their own.

Bishop explains that “Once the exclusive content lures you in (and when Netflix’s Disney deal kicks off in 2016, Pixar, Marvel, and Star Wars will do a lot of luring), you can just sit back and enjoy a custom-curated stream; the lean-back passivity of television reasserting its claim over the theoretical choice of digital.”

The explosion of streaming service options — and the intensity of the battles over content to stock them — is aimed at the growing number of users who are willing to drop their traditional cable subscriptions in order to replace them with a subscription to one or more streaming services. But like a traditional cable subscription, most will find that no one channel (or service) will have all the content they’d possibly want to watch. If you want to search for specific content, instead of relying on a service’s recommendations and curated selections, then you’ll need to change the channel — or at least pay for a download or a disc.