Why You Should Not Buy a BlackBerry Phone 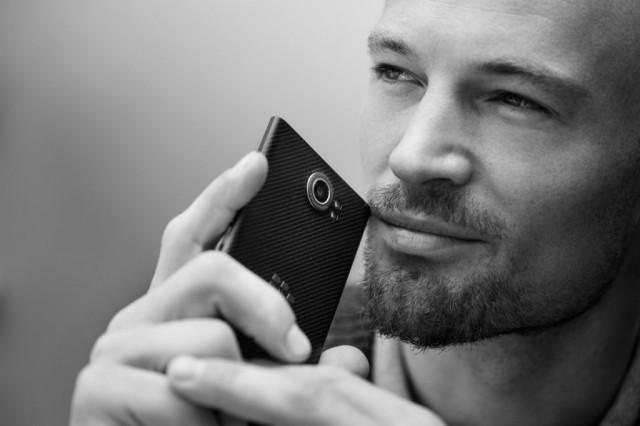 The lineup of smartphones available to consumers has long been dominated by Apple’s iPhones and the practically endless array of Android-powered devices. The only other competitors have long been distant from the top in terms of market share, with Microsoft’s Windows Phone commanding only a few percentage points, and everyone else’s share measured in a fraction of a percentage point. BlackBerry used to be able to claim a distant fourth place in smartphone market share.

But Vlad Savov reports for The Verge that even Samsung’s “tiny” Tizen operating system is now bigger than BlackBerry — a clear signal that “from here on in, it’s Android or bust” for the company. Tizen is Samsung’s initiative to build an operating system of its own, and the software powers a few smart TVs, the Gear S2 smartwatch, and a small selection of entry-level smartphones. But even those smartphones have proven sufficiently popular to generate greater sales than BlackBerry is achieving with its full range of devices.

The data showing BlackBerry’s slide off the map was published by Strategy Analytics, which noted that Microsoft, BlackBerry, and Firefox “drifted down, while Tizen posted tangible growth and rose up the rankings” to become “the fourth largest OS platform for the first time ever.” Additionally, demand for Apple’s new iPhones has driven the popularity of its platform up.

Savov notes that when you consider BlackBerry’s decline, “there’s little question” that the Canadian manufacturer needs to switch to Android if it wants any chance to continue competing in the world’s smartphone market. The company’s recent Priv smartphone is BlackBerry’s first to run on Android, and could mark an important pivot in the company’s strategy. A lot is riding on the success of the Priv, and while it’s unclear whether BlackBerry has a future as a smartphone manufacturer, it seems clear that the life of its operating system is already over.

As Paul R. La Monica points out at CNN, many are wondering whether the Priv will be the last smartphone that BlackBerry makes. In La Monica’s estimation, the company lost subscribers and sales “because it didn’t fully commit itself to the touchscreen, app-centric world we’re all accustomed to.” It’s that same app-centric world which has proven that the smartphones that offer the most compelling user experience are the ones with the widest user base, which, in turn, attracts interest from bigger numbers of app developers.

When shoppers are deciding which phones they want, they consider hardware, of course, but they also consider software: the capabilities of the operating system and how robust the selection of apps in the platform’s app store seems to be. But BlackBerry’s app ecosystem has long lagged behind those of other platforms. Even after enabling users to discover and download apps via the Amazon App Store, BlackBerry’s app gap continues to widen.

The situation demonstrates that if BlackBerry can’t get customers to invest in purchasing its phones, then it becomes just as difficult to get developers to invest their time in building apps for the platform. With a small, and shrinking, user base, BlackBerry’s platform generates less profit for app developers and content creators than iOS or Android, which doesn’t bode well for developers’ continued interest in the platform. Even if some of the popular apps and services you use on another phone are currently available on BlackBerry, it’s growing increasingly unlikely that those apps will continue to be updated on a timely basis.

As CNN noted, BlackBerry chief executive John Chen has hinted in several interviews that BlackBerry may stop making phones if it can’t sell 5 million phones in a year. He characterizes the 5 million unit mark as the level the company needs to achieve for its hardware business to stay profitable. But BlackBerry sold only 800,000 smartphones in its second fiscal quarter, down from 1.3 million in the first quarter, which means that the company would need to sell 2.9 million phones in the next two quarters to meet the 5 million unit goal.

The Priv marks a new strategy for the company, one that may be attractive to users because the Priv, as an Android phone, gives users access to many more apps than they would be able to access on a phone running BlackBerry’s own operating system. But it’s unclear whether the Priv can save the company. The phone costs $699.99, which places it in the range of the iPhone and high-end Android devices, but its hardware doesn’t compete with those phones when it comes to the touchscreen and camera system. Reviews of the phone’s performance have been mixed. That doesn’t seem a promising start for a phone that would need to be a huge hit to assure the future of BlackBerry’s smartphone business.

With the future of BlackBerry’s smartphone efforts less than assured, it seems like a questionable proposition for either users or developers to invest their time or money in BlackBerry phones. If the company does pull the plug on its smartphone business, it’s likely to continue support for existing devices and current customers, so you won’t have to worry about whether your phone will stop working. But when there are a handful of better, more vibrant and robust operating systems available to users on a range of hardware options, there seem to be few convincing reasons to choose a BlackBerry for your next smartphone.