Why Your Amazon Deliveries May Be Slowing Down 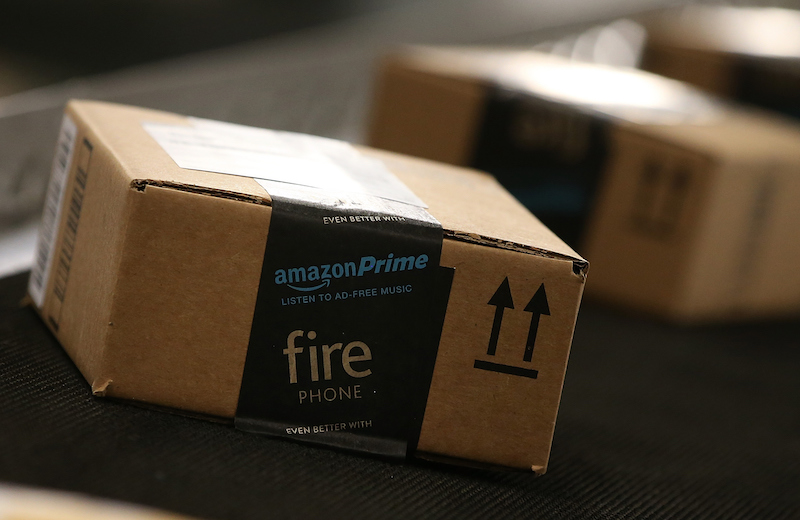 While many Amazon users have jumped on the Prime bandwagon — and are busy trying to figure out how the streaming service they get as part of their membership stacks up against other favorites like Netflix, Hulu, and HBO — not everyone who shops at Amazon is shelling out for a Prime membership. But if you’re among the many users who forego the two-day shipping in order to avoid paying Amazon an extra $99 per year, the standard shipping on your Amazon purchases may be slowing down.

As Kate Ashford reports for Forbes, data from StellaService, a company that measures customer service performance of online retailers, indicates that Amazon’s shipping has gotten slower for users who aren’t Prime members. Kevon Hills, vice president of research for StellaService, tells Forbes that “for a long time, Amazon has been the leader when it comes to fulfillment.” He explains, “There are 40 companies on our list, and Amazon has always been in the top 10. This year, we’ve seen them fall outside of the top 10, which is the first time we’ve seen that happen.”

That’s because Amazon is focusing on deliveries for Prime members, in an effort that Hills characterizes as “really blowing that program out.” But StellaService has noticed a “slow-down” for packages delivered within four days, “year over year and compared to the industry.” Hills says that Amazon is investing heavily in Prime, and the company seems to be prioritizing delivering on its promises to Prime customers over offering competitive standard shipping speeds. Which could leave customers who don’t pay extra for speedy shipping disappointed with the company’s service.

It’s Amazon’s focus on Prime combined with stiff competition from rivals that’s caused Amazon’s service to non-Prime users to fall behind, not only compared to Amazon’s past record but also compared to the other companies with which consumers often shop online. “Three years ago, if you delivered a package in four days, that was worthy of a top ten consideration,” Hills notes. “Now, if you deliver a package in four days, that puts you at 20. The industry is getting faster, and we’ve seen Amazon fall off a little bit.”

That doesn’t mean that Amazon’s standard shipping is slow, exactly, but it does mean that the company doesn’t offer the fastest standard shipping anymore. “I think the focus, for them, has shifted from standard shipping to being fast and making sure they deliver on that promise for Prime,” Hills reports. “Then you have Apple getting two days faster and Best Buy getting three days faster, by either using a faster method to get packages to shoppers or by using stores to source inventory closer to shoppers’ homes.” The difference is that Apple and Best Buy are placing an emphasis on getting orders to all of their customers quickly, while Amazon is focusing on keeping its promise of two-day shipping to paying Prime members instead of making sure that all customers, even those who don’t pay extra for fast shipping, get their orders in a matter of a few days.

As Greg Bensinger reported for The Wall Street Journal recently, Amazon’s shipping expenses grew dramatically in the company’s holiday quarter, an increase that the company attributed to the growing inventory that comes from third-party sellers who pay to use Amazon’s warehouses and logistics. Bensinger points out that the influx of such merchandise may have caused Amazon to turn to pricier courier services to help handle the demand.

Amazon also pointed to increased demand from Prime members, “because those customers generally don’t pay additional fees for shipping, meaning Amazon may foot the bill​.” In light of Amazon’s skyrocketing shipping costs, and the effort it’s undoubtedly putting into cutting its shipping expenses, it’s not at all surprising that users without a Prime membership are starting to see slower shipping.

Now that you know that if you order something from Amazon and you don’t have a Prime membership, your order is probably going to take longer to get to you than it would have a year ago, the question is whether it bothers you enough to do something about it. Should you join the ranks of the estimated 54 million Prime members? In most cases, Prime orders really do arrive in two days. So if access to fast shipping — and the list of other benefits that Prime offers — is important to you, then the $99 fee might be worth it.

Whether or not you opt for a Prime membership should also depend on how you use Amazon. Do you rely on it for household goods, cosmetics, media, even groceries? Or do you just order an item occasionally, when it’s more convenient to buy on Amazon than somewhere else? Do you typically need the products you order within a day or two, or are your orders generally less urgent (and therefore less worthy of paying an extra $99 per year for upgraded shipping)? And how much do you anticipate using the other services that come bundled with a Prime membership? Those are all questions you should weigh when determining whether a Prime membership and its array of benefits are worth the cost.