Will Apple Make iMessage for Android?

It’s been rumored that Apple will introduce iMessage for Android | Source: Apple.com

When Apple announced iOS 10, it unveiled an array of new features for its Messages app, including rich links that play media right from a conversation, full-screen animations, automatic suggestions to replace words with emoji, and an invisible ink effect that temporarily hides a message. Plus, the app is now open to third-party developers. But as Chance Miller reports for 9to5Mac, the WWDC keynote didn’t deliver on what some people expected: iMessage for Android. Apple isn’t (yet) bringing its messaging app to Google’s mobile platform.

Walt Mossberg reports for The Verge that he asked a “senior Apple executive” why iMessage wasn’t being expanded to other platforms. The first reason is that “Apple considers its own user base of 1 billion active devices to provide a large enough data set for any possible AI learning the company is working on.” And the second reason? “Having a superior messaging platform that only worked on Apple devices would help sales of those devices — the company’s classic (and successful) rationale for years.”

“Apple wants to improve its ecosystem,” Mossberg explains, “which is why it continues to introduce new cross-device features, like copy and paste between a phone and a laptop — an announcement which drew lusty applause from the WWDC thousands.” That feature, as well as one that enables you to unlock your Mac with your Apple Watch, appeals to owners of multiple Apple devices. But it also illustrates how Apple is “different from Google or Facebook or Microsoft, whose messaging and other key apps — including their voice-controlled AI assistants — work on competing devices. Apple is all-in on Apple hardware and still wants you to be all-in, too.”

Mossberg cites Apple’s decision not to introduce iMessage for Android, “even though Google still seems vulnerable in this area,” as an illustration that Apple is “still wedded to a hardware-first strategy.” In his assessment, Apple’s new iMessage features — from giant emojis to handwritten texts to the choice to turn the service into a platform that can host third-party apps for cash transfers, stickers, photo-editing, or restaurant reservations — seem “more about keeping people on Apple hardware than about building the biggest possible services.”

9to5Mac’s Miller notes that a wrinkle in Apple’s rationale for keeping its apps on its own platform is Apple Music, which the company has already brought to Android. But Miller posits that Apple Music is “a different type of scenario.” Apple has to ensure that its streaming music app is reaching an audience the same size as Spotify’s — which it can then use as a negotiating tool when working with artists and labels. The same doesn’t apply to iMessage, and Apple probably isn’t particularly concerned that some Android users are disappointed that iMessage for Android isn’t arriving anytime soon.

Wired’s David Pierce writes that Apple’s newest messaging features will likely convince a few holdouts to get iPhones. But he thinks that if Apple wants to be “more than an iPhone company,” and be “a software and services company the way it claims,” it needs to make iMessage for Android. Pierce notes that not only has iMessage never existed on Android, but the messaging platform has been “actively hostile” toward Android. “If you want to know what true frustration looks like, Pierce writes, “just ask anyone who’s ever switched from iOS to Android how many texts got lost in Apple’s servers.” With Apple Music, Apple seems to be “coming to grips with the fact that not everyone is going to use an iPhone, and that Apple actually stands to gain in the long run by getting people hooked on Apple software before Apple hardware.”

It’s all about the iPhone 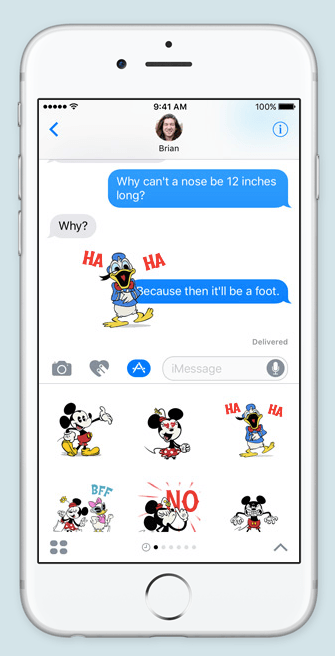 But Apple still really, really wants everyone to buy an iPhone. And in Pierce’s estimation, that means that Apple may  miss out on “the messaging-first future” if it doesn’t introduce iMessage for Android and create a platform that works for everybody. As Pierce points out, there’s less risk in building a version of iMessage for Android than it might seem. Owning Apple’s hardware would still be a big advantage; Apple Music is better on iPhone than on Android because it’s integrated with Siri, Siri is better than other iOS assistants because it’s accessible just by hitting the home button, and iMessage would be better on an iPhone because it would be better integrated with your phone, your contacts, your assistant, your email, and your apps.

iMessage for Android would not only enable Android users to get some of Apple’s software without buying its hardware, but it would also give iOS users end-to-end encrypted messaging no matter whom they’re texting. Pierce writes, “Unless Apple’s afraid that iMessage is the only thing between iPhone owners and Android phones, the way BBM was for BlackBerry back in the day, there’s plenty of upside in opening iMessage to everyone. Oh, and ask BlackBerry how going the closed-off route turned out.”

To succeed in a world where people are replacing their texting apps with messaging apps, and software needs to follow users everywhere they go, making iMessage cross-platform with iMessage for Android may be a necessity. The assortment of powerful apps that make messaging the interface for everything else you do on your phone — WeChat, Facebook Messenger, WhatsApp, etc. — give users plenty of reasons not to use iMessage, and therefore, reasons to consider phones other than iPhones. But adding new features and making iMessage cross-platform might keep some iOS users where they are, all while making Apple’s messaging platform available to users with other smartphones.