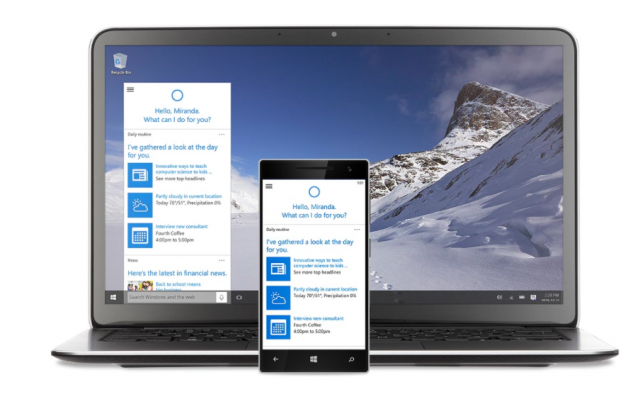 Microsoft’s Windows Phone operating system has only a tiny share of the smartphone market in the United States. So the company is moving to revive interest in the platform ahead of the launch of Windows 10, the first version of Microsoft’s operating system that will run on Windows computers, tablets, and smartphones alike.

Reporting for Re/Code, Lauren Goode and Ina Fried note that Microsoft has been quiet about new phones lately. But as part of the ongoing effort to expand the reach of its mobile platform, the company is bringing some of the smartphones it sells in other markets to the United States. Microsoft’s Lumia 640 XL smartphone will soon be sold through AT&T for about $250 ($8.34 per month over 30 months). And the Lumia 735 will be sold through Verizon at about $200 ($8 per month for 24 months).

Goode and Fried report that the Lumia 640 XL competes, at least in size, with the iPhone 6 Plus, the Samsung Galaxy Note 4, the Asus Zenfone 2, and the Nexus 6. The 640 XL features a 1Ghz quad-core Snapdragon processor, a 13MP HD rear camera with Zeiss optical lenses, a front-facing 5MP HD camera, 8GB of internal storage that can be expanded with an SD card, and a 5.7-inch display. Large smartphones have become increasingly popular in the United States after gaining popularity globally.

The Lumia 735 has been available outside the United States since last November, and has a “regular” sized 4.7-inch display. It features a 1.2Ghz processor, a 6.7MP rear camera, a 5MP front camera, and a removable back. Both phones will ship with Microsoft’s Windows Phone 8.1 operating system, and will be upgradeable to the new Windows 10 operating system when it becomes available.

But to really make the case for Windows 10 on a smartphone, Microsoft will likely need a new flagship phone — something that it pledged to deliver in the second half of the year. As Fried reported for Re/Code in March, Microsoft hasn’t introduced a high-end phone since the Lumia 1020 in mid 2013, and the only current high-end model is the 6-inch Lumia 1520. Introducing a new high-end phone could help Microsoft to bolster interest in its mobile platform, which has seen only minimal adoption in the U.S.

With Windows 10, developers will be able to more easily write apps that run across PCs, tablets, and desktops. That could help remedy one of the major problems with the platform: Microsoft has had trouble attracting developers to its platform — and keeping them — due to the very small reach of the Windows Phone platform, and users of Windows phones miss out on many key apps.

With the latest preview build of Windows 10, Microsoft revealed some of the new features that the operating system will bring to smartphones. As Tech Cheat Sheet reported upon the release of build 10136, Windows 10 will see Cortana becoming more capable, devices 5 inches or larger gaining a one-handed mode, the Photos app gaining performance and reliability improvements, and a host of changes coming to the mobile user interface. Microsoft hasn’t yet said when Windows 10 Mobile will ship, but some users of the preview builds have begun to worry whether Microsoft will be able to hit its release dates.

Mark Hachman reports for PCWorld that Microsoft is looking to reassure users who are worried about bugs in preview builds of Windows 10 Mobile. Greg Sullivan, communications director for Microsoft Devices, explained that because Microsoft’s development teams are all working on the same operating system, their attention can be easily reallocated to add features and squash bugs. “In early to mid July…a lot more attention will be shifted from this [Windows 10 desktop] to that [Windows 10 Mobile],” Sullivan said.

Hachman notes that Windows 10 is still rough, and while recent builds have helped, it still “stutters and groans here and there.” Microsoft still recommends that users install the mobile preview build on a spare phone, rather than on the one they depend on everyday. May’s Windows 10 Build 10080 was the first that felt like a true smartphone operating system, according to Hachman. And Build 10136 highlighted the issues that Microsoft needs to overcome.

In Hachman’s assessment, “Microsoft has its work cut out for it.” He added, “One Windows team might be able to overcome a history of running third in the smartphone market. But it’s going to need to polish the OS enough to convince those testing it to, in turn, persuade their friends and family to sign on to Windows 10 Mobile.”