Windows 10 Privacy: The Issues You Need to Know About 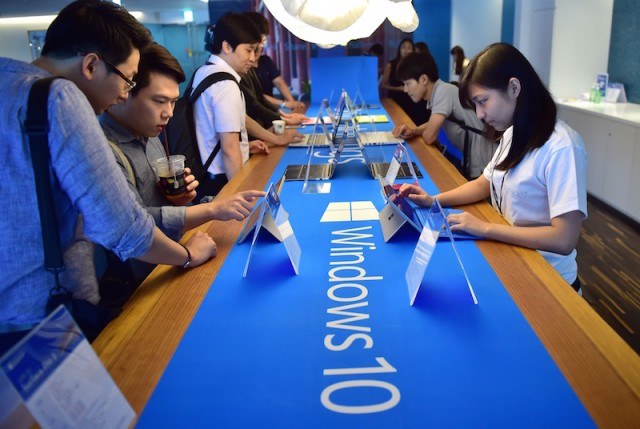 Microsoft’s Windows 10 has arrived, and with it, a new Privacy Statement and Services Agreement. While just about everyone quickly accepts new terms of service when installing a new operating system, it’s important to know what you’re getting yourself into, since these new policies took effect on August 1. And as Mic Wright reports for The Next Web, there are a few “unsettling” privacy and security issues already in Windows 10.

Microsoft deputy general counsel Horacio Gutiérrez wrote in a June post on Microsoft’s blog that, in the interest of offering users “meaningful transparency and privacy protections,” the company would be simplifying its terms and policies. He said that a more streamlined version of the documents would result in “clear terms and policies that both respect individual privacy and don’t require a law degree to read.”

But Wright notes that, together, the updated Privacy Statement and Services Agreements come to 45 pages — a length that few users are likely to wade through. And, like equivalent documents from many other companies, the privacy statement and services agreement reveal that Microsoft is laying claim to broad powers to collect information on what you do, say, and create while using its software.

The first privacy issue to be aware of is that Windows 10 syncs your data by default. When you sign in to Windows with your Microsoft account, the operating system immediately syncs your settings and data to the company’s servers. Wright notes that the data that Microsoft grabs includes your browser history, your favorites, the websites you currently have open, plus saved passwords for apps, websites, and mobile hotspots, and WiFi network names and passwords. You can deactivate automatic syncing in settings, but as Wright notes, it should really be opt-in, since most users won’t turn it off, even if they’d want to if they were aware of it.

Cortana, the virtual assistant that’s become one of the headlining features of Windows 10, comes with her own privacy issues — many of which are, realistically, difficult to avoid if you want an assistant to offer you suggestions, personalization, and insights based on your activity. To power Cortana, Microsoft collects and uses data including your browsing and search history, your device location, information from your calendar, data on the apps you use, data from your emails and text messages, and your contacts — including whom you call and which you interact with on your device. Because Cortana can also analyze speech, Microsoft also collects voice input, your name and nickname, recent calendar events and names of relevant people, and the names and nicknames of contacts.

There are other, less obvious issues that the documents reveal, as well. Wright notes that the updated documents also afford Microsoft the privilege of collecting information “from you and your devices, including for example ‘app use data for apps that run on Windows’ and ‘data about the networks you connect to.'” Because Microsoft generates a unique advertising ID for each user on a device — opting out requires turning the feature off in settings — Wright reports that “advertisers will know exactly who you are” and both developers and networks can profile you. Additionally, when device encryption is turned on, Windows 10 automatically encrypts the drive that it’s installed on, generates a BitLocker recovery key, and backs the key up to your OneDrive account.

Finally, Wright reports that the part users should be most concerned about is that Microsoft’s new privacy policy “is very loose when it comes to when it will or won’t access and disclose your personal data.” He quotes, “We will access, disclose and preserve personal data, including your content (such as the content of your emails, other private communications or files in private folders), when we have a good faith belief that doing so is necessary to protect our customers or enforce the terms governing the use of the services.” While Microsoft isn’t alone in taking such liberties with user data, it’s still wise for users to be aware of the sweeping power that corporations have over their data.

Reporting for Polygon, Samit Sarkar notes that you can control Windows 10’s data collection, but it does take some extra work. If you haven’t installed Windows 10 yet, the first step you should take is customize your privacy settings at the end of the installation, instead of going with the defaults in the “express settings.” You’ll be able to step through all of the different options, and figure out what you are (and aren’t) comfortable with.

If you’ve already installed the operating system, you can still make adjustments to your privacy settings any time you want. To do so, open the Start menu and click Settings. Most of the privacy and data sharing options can be found under Privacy. If you aren’t comfortable with the tracking built in to Cortana, click the search bar in the Windows 10 task bar, and click the gear icon to access Cortana’s settings. And to opt out of ad personalization, navigate to Microsoft’s website. Whether or not you feel comfortable entrusting your data to companies like Microsoft, Apple, and Google, it pays to know what you’re getting yourself into with a new piece of software.