Beauty and hair trends fade but the evidence of them lasts forever. And, when it comes to the more shameful of the beauty fads, every decade can plead guilty — especially the excess of the ’70s, ’80s, ’90s, and 2000s. The lists of laughably horrible trends can go on and on, as there is no shortage of the worst beauty trends that have walked the face of the earth.

The beauty and hair trends that rank absolute worst are truly in the eye of the beholder, but here are the ones that we’d put at the top of the heap. 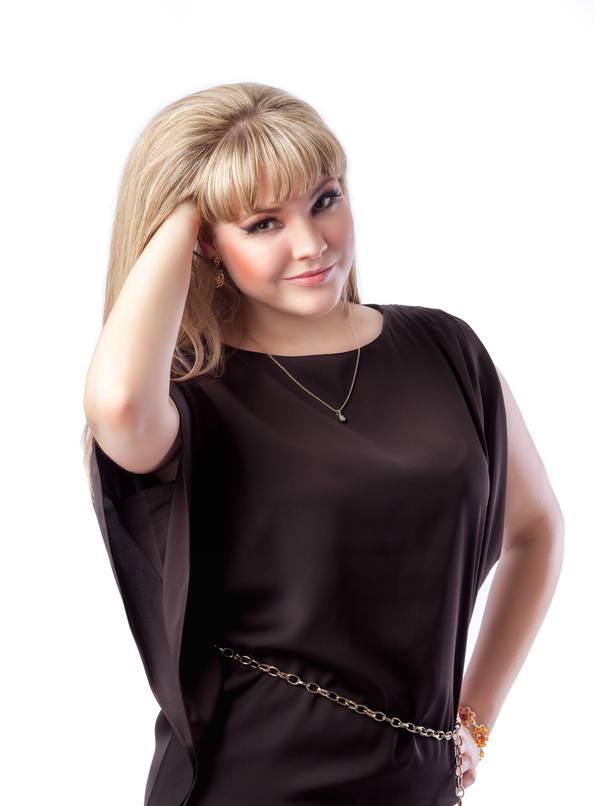 Fluffy bangs are not a good look. | iStock.com/Anastasiia_Guseva

Bangs have been enjoying something of a heyday the past few seasons with many a celebrity and style-setters showing off a sleek, blunt fringe that strikes the right balance between making a substantial statement without weighing too heavily. This cool fringe is worlds away from one of the worst beauty trends when it comes to hair: fluffy bangs (sometimes referred to as wall bangs). Call them what you will, but the fluffy, backcombed, teased to the ceiling, wall bangs were laughably bad — and bad for the environment too, what with all the Aqua Net required to keep them in place. And while females fell victim to the fluffiness more so than their male counterparts, these bangs still showed their face on many a man ’do. Any child of the ’80s likely has at least one school photo with the over-hair-sprayed bangs that certainly were doing their best to get extra credit. Of course, the family group photos are the real zingers, too. 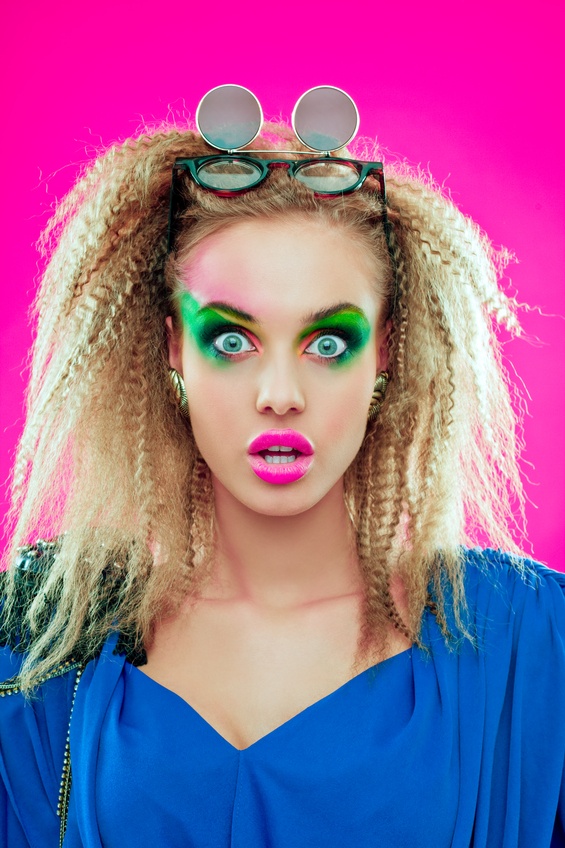 Crimped perms are not a good look. | iStock.com/Izabela Habur

In other bad hair day (or bad hair era) news, the ’80s get credit for another worst beauty trend that joins the fluffy bangs epidemic: the perm, especially the crimped perm. The kinked look was a double whammy, too, as chemically processing locks into frizzy crimped strands didn’t just look unfortunate, it was quite bad for hair. Perms are still a thing at some salons today, yet they are softer and wavier than their tightly curled and crimped predecessors — and also a bit less damaging. However, we’d still recommend stepping away from the perm and get a blow-out instead. 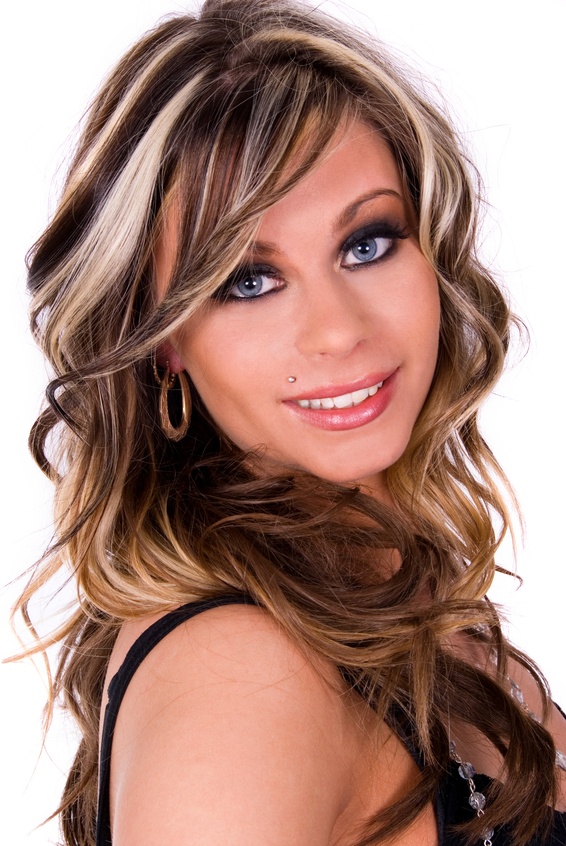 We’re glad this trend is over. | iStock.com/Sophie Asselin

We fast forward to the 2000s for the next worst beauty trend that still falls within the bad-hair-day department. Why the fad of thick, chunky blonde highlights in dark brunette hair were ever thought to be flattering will always be a mystery. But, even though this two-toned dyed hair looked every bit like a skunk, girls everywhere were still getting their streak on. The fact that teeny-bopper trendsetters like Britney Spears and American Idol Kelly Clarkson were painting the look onto their locks only perpetuated it further. Thank goodness, subtler and natural-looking highlights and lowlights are now the order of the day. 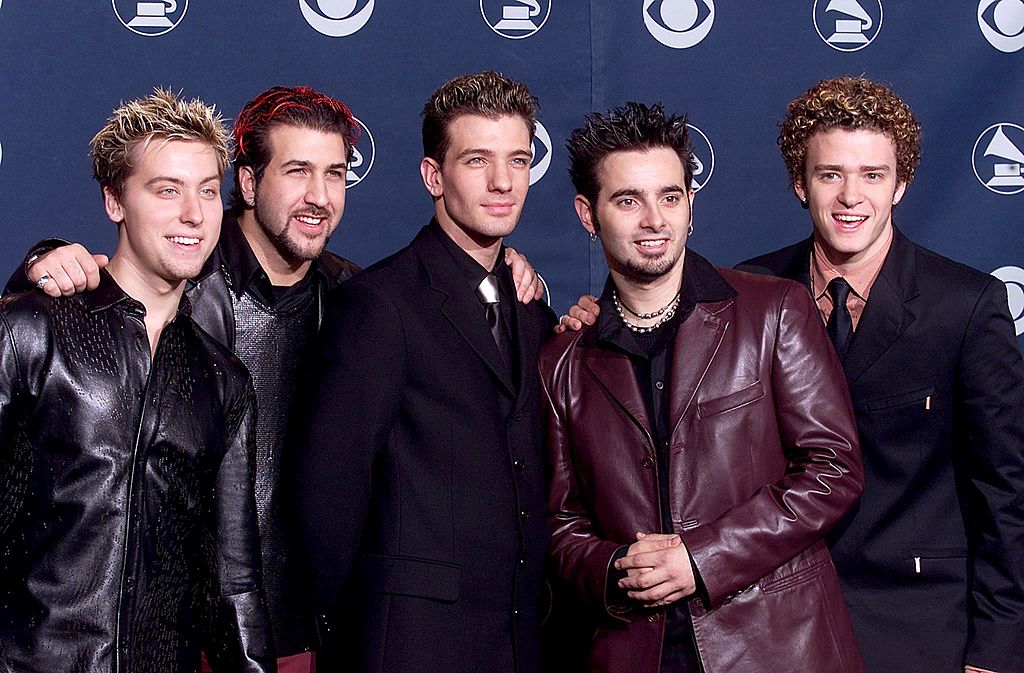 Speaking of the teeny-bop pop stars, the guys weren’t immune to the boy-band effect, either. The crunched, over-gelled curls and spikiness of the ’90s that were the ’do among all the teen dreams was pretty bad. It’s the epitome of untouchable helmet hair and simply looks artificial. A little bit of gel or pomade goes a long way. No need to make a plaster mold of your hair every time you go out. 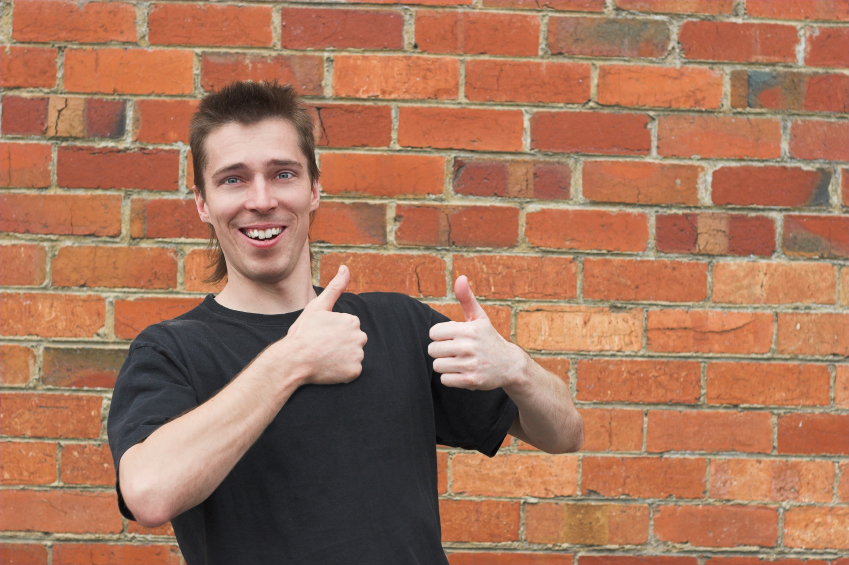 No one needs to sport a mullet. | iStock.com

Good things do not come in threes when it comes to this trifecta of ’80s hairstyles, most predominantly seen in their worst form on men. It’s a toss-up which of these awful hair trends — the mullet, the feathered mullet, or the rat tail — ranks most highly on the heinous list. The irony is that each style took a significant amount of work to grow out and maintain. After all, it’s not easy to host business in the front and a party in the back, as the mullet prescribes. And, any ’do that resembles a rodent (ahem, rat tail) should immediately be chopped off. While mullet-inspired looks sometimes show up on more style-progressive celebs (generally, trendsetting females), this is in no way a representation of what the mullet used to be as a hair trend. 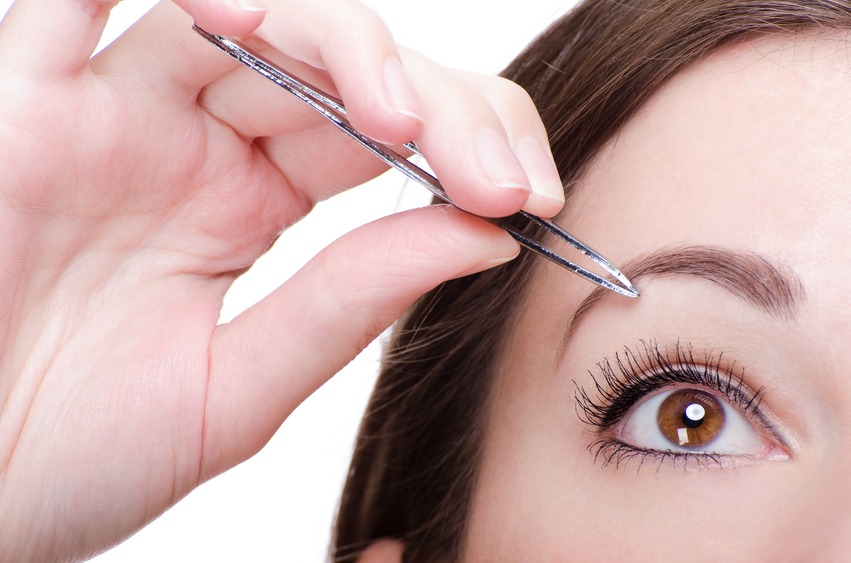 Be careful when you’re tweezing. | iStock.com/angiii

Over-tweezed eyebrows continue to stay among the worst beauty trends, but a particular brand of the over-plucked brow — the tadpole — ranks most highly on the worst offender list. The shape (thick to thin, over-arched, and plucked to near non-existence) cropped up in the ’70s. And while the tadpole shape lost its trendy mojo after a short time, the barely-there, tweezer-happy, thinly penciled-in brow line is infamous in nearly every era, and nearly just as bad. Thankfully, a group of bold-brow beauties have lately once again proven that there is much to like about a more natural eyebrow raise. 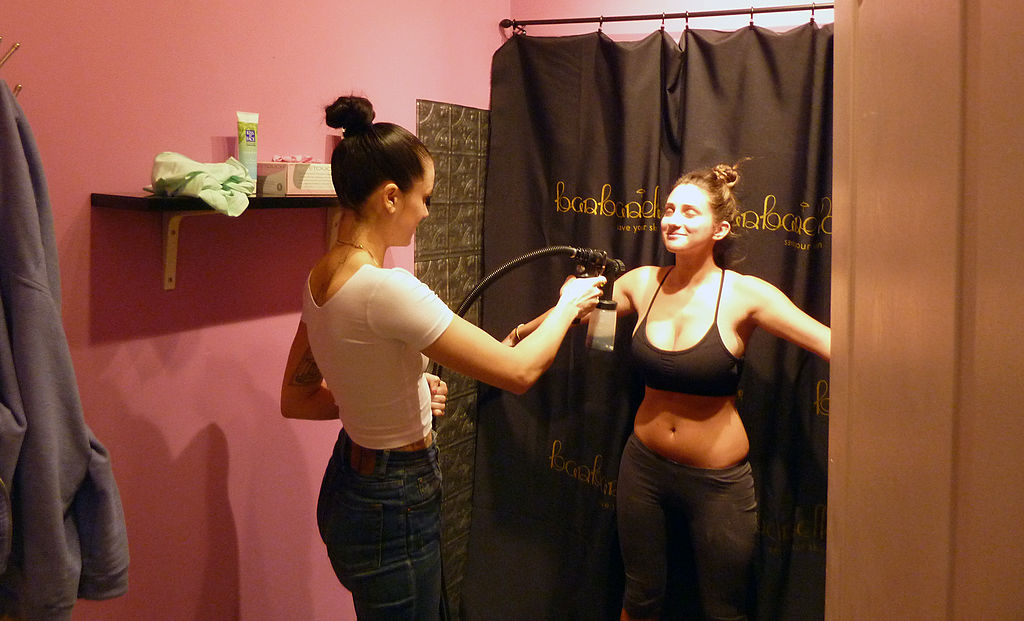 Fake tans are only acceptable when they look natural. | Davide Buscemi/AFP/Getty Images

Ah, the fake tan that had everyone masquerading as Oompa Loompas on break from Willy Wonka’s chocolate factory. This worst beauty trend that really caught on in the 2000s was a prime example of what happens when you have too much of a good thing. A little sunless tanner can do a body good, but not so when applied in excess via an overzealous spray tan. That faux glow was more faux pas than anything else. Part and parcel to the orange fake tan is the thick, shimmery bronzer that was also used on the face in an effort to correspond with the tanned effect on the rest of the body. Yeah, no. No one needs that kind of body paint in their life. 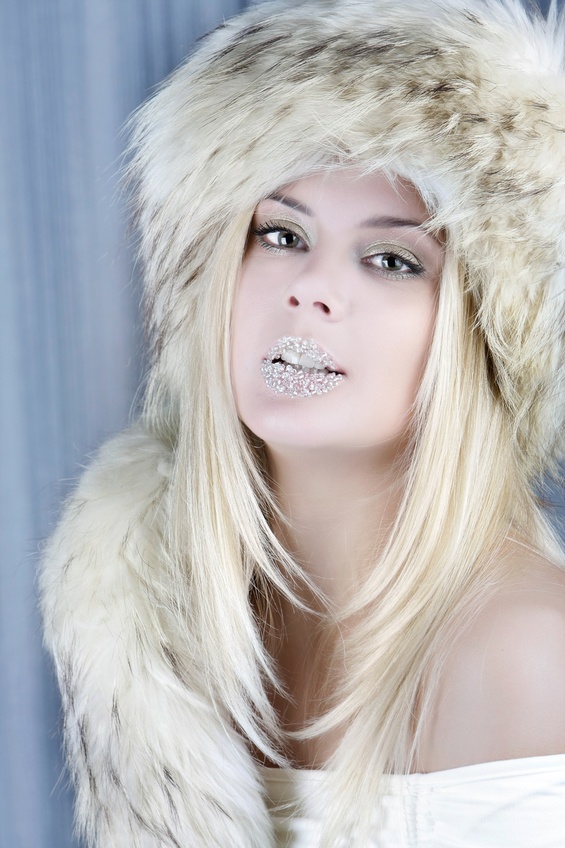 The ’90s called and they want their shimmery, opaque lipsticks back. This lip look also falls within one of the more silly, worst beauty trends. Luckily, it’s a very easy one to fix. So, unless you are masquerading as an ice queen for Halloween, there is no need to paint on a frosty lip that highlights your pout in the most unusual, dated fashion. Leave the frosting for the cake.