YouTube Is Free, But Paying May Be Worth It 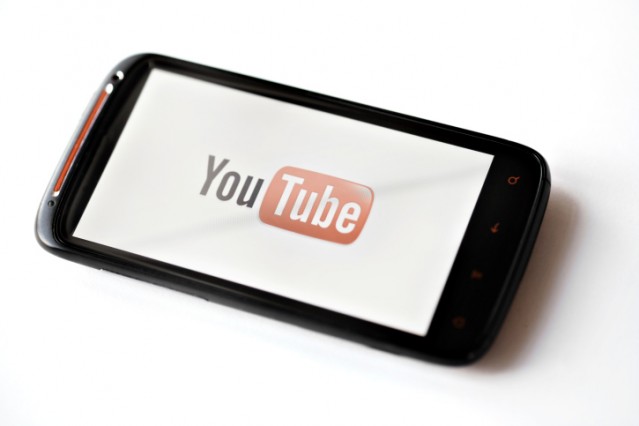 In a new development for the world’s largest video site, YouTube will soon begin offering content that you’ll have to pay to see. Before you get worried about your favorite cat videos or celebrity channels, rest assured that you won’t have to pay for your favorite videos. But the new content that you’ll get access to by purchasing a subscription just may be worth the purchase price.

Peter Kafka reports for Re/code that YouTube is preparing programming that will only be available to users who join its upcoming subscription service. YouTube is expected to announce some of the new content, which it’s helping to fund, at an event at its Los Angeles space on Wednesday, October 21. Sources tell Re/code that the new programming is the product of an initiative that the site announced last year, when YouTube said that it would “fund new content from some of our top creators.”

At the time, YouTube didn’t say that the content it would be funding would be placed behind a paywall. But industry sources say that the site now intends to use at least some of that content to attract users to its premium subscription service, which will also offer benefits like ad-free videos. At the same time, YouTube will continue to operate a free, ad-supported version of its site. All of the videos that appear on the free version will also be available on the paid version, which Kafka says is why YouTube is “insisting that all video-makers who make money from YouTube ads need to participate in the subscription service as well.”

It’s not yet clear when you’ll begin seeing the new content that YouTube will announce this week, since sources say that some of the programming hasn’t been created yet and won’t be available until 2016. Sources expect YouTube to launch its subscription service near the end of this month, though it’s possible that it might not launch until next year.

Kafka characterizes the funded content push as a variation on a strategy that YouTube tried unsuccessfully in 2011, spending more than $100 million to get musicians and other content creators to make programming for the site. This time, Kafka reports, YouTube has concentrated on “endemic” video stars, who have figured out how to reach YouTube’s audience, instead of content creators who became famous on another platform.

So what content can you expect to see, if you’re willing to pay for a subscription to YouTube’s upcoming paid site? YouTube has already announced some of the content, including a comedy series by the Fine Brothers, videos from Prank vs. Prank, a murder mystery reality series from Joey Graceffa, a series about a theme restaurant “where out-of-control kids and crazy parents are all in a day’s work” from Smosh’s Ian Hecox and Anthony Padilla, and feature-length films from DreamWorks Animation’s AwesomenessTV.

More recently, Shalini Ramachandran and Mike Shields reported for The Wall Street Journal that several major media companies have agreed to make their content available for YouTube’s subscription service. The companies that have signed up, despite their initial reservations about the proposition, include Time Warner’s Turner cable unit, 21st Century Fox’s Fox Sports, A+E Networks, and Comcast’s NBC Universal. Walt Disney is reportedly still in negotiations with YouTube.

YouTube reportedly told the media companies that it plans to charge consumers about $10 per month for a bundle of video content and music, which they’ll be able to enjoy without any ads. Under the terms of the deal with YouTube, content creators will get 55% of the overall subscription revenue generated, and each individual content creator or media company will get a piece of that money proportionate to the amount of time that users spend with their content. But not every media company was happy with those terms, as some larger companies thought they should get a larger share, as compared to smaller content creators, because their brands will likely prove crucial in getting users to sign up in the first place.

Additionally, the Journal reports that some media companies have felt “strong-armed” into participating in the subscription service, since YouTube has told content creators that they need to sign on to the service or their videos will no longer be available on the free version of the platform in the United States.

While you won’t need to pay for a YouTube subscription just to access the videos and channels that you already watch on the site, the new service might be a tempting proposition if some of your favorite content creators are producing original content for the platform (or if you’d like to watch existing favorites without the constant interruption of advertising).