Joe Namath famously said of his transition to a vegetarian diet, “It shows that you don’t need meat to play football.” And it turns out you don’t need to eat any animals products to be a successful athlete. Though he follows an 80/20 diet allowing for some chicken and fish, NFL player Tony Gonzalez is also an advocate for a largely plant-based diet. Gonzalez first tried a vegan diet after reading The China Study, which examines the link between animal protein and disease. This lifestyle choice may not be for everyone, but there are plenty of strong athletes who swear by veganism.

The impact of a vegan diet on health and athletic performance is widely debated. Some athletes claim the diet change can lead to faster recovery times and increased energy. David C. Nieman, a professor of health and exercise science at Appalachian State University, told The New York Times, “It’s possible to eat a lousy vegetarian diet, just as you as can eat a lousy meat-based diet.” While veganism alone isn’t going to turn you into a buff athlete, it certainly won’t prevent that from happening either. Many athletes have proven they can make the diet work for them in a healthy way. Here are some of the many strong male athletes who follow a vegan diet. 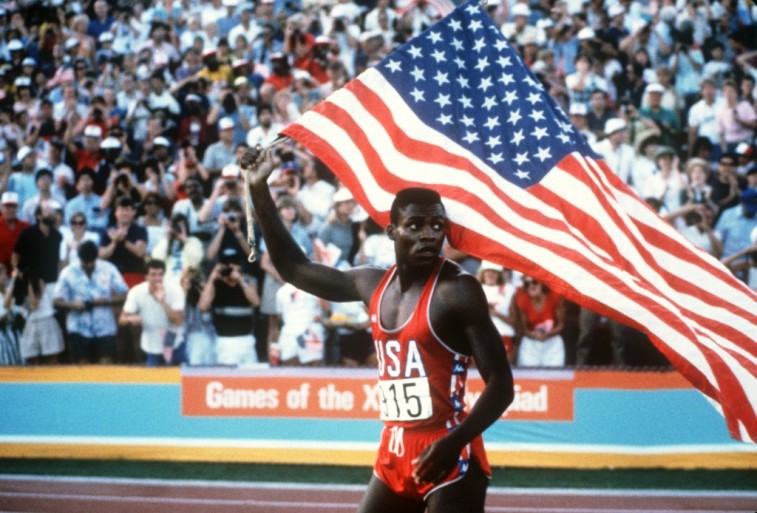 Olympic-medal winning track star Carl Lewis famously claimed his best year of track competition was the first year he ate a vegan diet. Sports Illustrated named Lewis “Olympian of the Century.” He won 10 Olympic medals and 10 World Championship medals in his career and has been an outspoken advocate for his diet, writing in the introduction to Jannequin Bennett’s book Very Vegetarian, “I’ve found that a person does not need protein from meat to be a successful athlete.”

Vegan since 1999, Scott Jurek is an American ultramarathoner who has won many of the sport’s most famous races multiple times. Jurek is also an influential public speaker and author of the New York Times Bestseller Eat & Run, and he claims his diet is crucial to supporting his health and endurance. In Chris McDougall’s book Born to Run, he calls Jurek “the top ultrarunner in the country, maybe in the world, arguably of all time.”

Known as the “Seaweed Streak” for his vegan diet, Murray Rose was an Australian swimmer who won four gold medals in the 1956 and 1960 Olympics. Murray was a lifelong vegan who set 15 world records in his sport, and he attributed much of his success to his vegan diet, which was an extremely unusual choice for the time.

Perhaps the most famous of many vegan fighters, MMA and UFC competitor Mac Danzig is a strong advocate for the lifestyle. Danzig initially made the decision for ethical reasons rather than health concerns. “My thought was always, well, if it doesn’t hinder my health, then I want to do it,” he explained. Once he went vegan, however, he saw the benefits his diet could have on his athletic career. “The main thing I noticed was my recovery between workouts was much faster.” Danzig said. “My digestion was so much better.”

Robert Cheeke is an American bodybuilder, vegan activist, and motivational speaker. An extremely influential long-time vegan athlete, Cheeke went vegan at the age of 15 after growing up on a farm in Oregon and developing a closeness to animals. Cheeke says some of his favorite go-to foods are fruit, burritos, rice, beans, avocados, yams, potatoes, quinoa, kale, and artichokes, and he also enjoys Thai and Indian dishes. 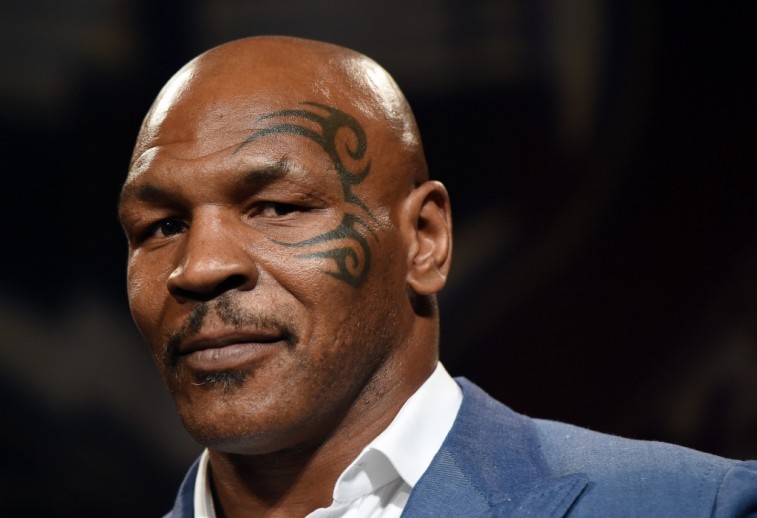 Though one of the more controversial figures in sports, Mike Tyson is undoubtedly one of the greatest boxers of all time and former heavyweight champion of the world. While he didn’t transition to a vegan diet until retirement, he credits the change with helping him shed 130 pounds. Tyson said of his lifestyle change in 2010, “I wanted a different life. I felt like I was dying. I had an incident in life where I lost my 4-year-old daughter in a tragic accident at home. I don’t know. I didn’t want to live anymore. So I said, that in order to go there, I had to change my life.”

At the age of 40, Rich Roll was 50 pounds overweight and living an unhealthy lifestyle when he decided it was time for a major life change. He went vegan, and after only six months of training, placed 11th in the Ultraman World Championships and recorded the second fastest swim. Roll has also completed the EPIC 5 Challenge, consisting of five Ironman-distance triathlons on five Hawaiian islands in less than a week. When he first went vegan, Roll didn’t expect to stick with it. “To my amazement, within the next 7-10 days I experienced a tremendous surge in my energy levels,” he explained. “It was as if I never realized I could feel this good. I started working out again, mostly because I needed an outlet for all this new found energy.”

MLB pitcher Patrick Neshek decided to try a vegan lifestyle after being encouraged by his wife and reading The China Study. “At first, it was basically just for the health benefits,” Neshek said. “I was intrigued by the 2005 season when I cut a lot of that stuff out and got a lot better. It really changed my career.” Neshek has also remarked that he likes knowing his diet is more humane since going vegan.

Brendan Brazier is a Canadian former Ironman triathlete, author, and vegan advocate. He wrote several books about nutrition and fitness, created the Vega line of food products and supplements, and started Thrive Food Direct, a delivery service for plant-based meals. “I’ve been vegan since I was 15, and I got into it just because I wanted to be a better athlete, I didn’t care what I ate,” he explained. “At the time I would’ve eaten anything if I thought it would have made me a better athlete.”

Patrik Baboumian is an Iranian-born, Armenian-German psychologist, former bodybuilder, and strongman competitor who holds several world records. In 2013, at Toronto’s Vegetarian Food Festival, he carried a yoke with a 550-kilogram load for 10 meters and then roared, “Vegan power!” to the crowd. The load was equivalent to a large horse. “It’s a bit stupid to do things like that, it really hurts,” Baboumian told the audience. “But, the point is to inspire people and break stereotypes that tough guys need to eat a lot of meat.”