15 Common Habits That Can Surprisingly Cause Osteoporosis

You may think osteoporosis boils down to how much milk you drink. But there are other factors that can contribute to your bones becoming weaker — especially as you get older. In fact, there are everyday habits that are increasing your likelihood of osteoporosis without you even knowing it! Here’s a look at 15 common habits that have this surprising effect. (Don’t miss the habit on page 10 — it is guaranteed to throw you for a loop.)

1. Taking your weight loss goals to the limit

We know what you’re thinking — how can chasing your weight loss dreams possibly have a negative effect?! As it turns out, losing a ton of weight increases your risk of osteoporosis. “Weighing less than 127 pounds or having a body mass index under 21 is a risk factor for osteoporosis,” the Harvard School of Public Health confirms. They suggest avoiding diets which cut out important food groups — more on that a little later — and resistance training to help keep both muscles and bones working and healthy.

Next: Read this next one carefully … 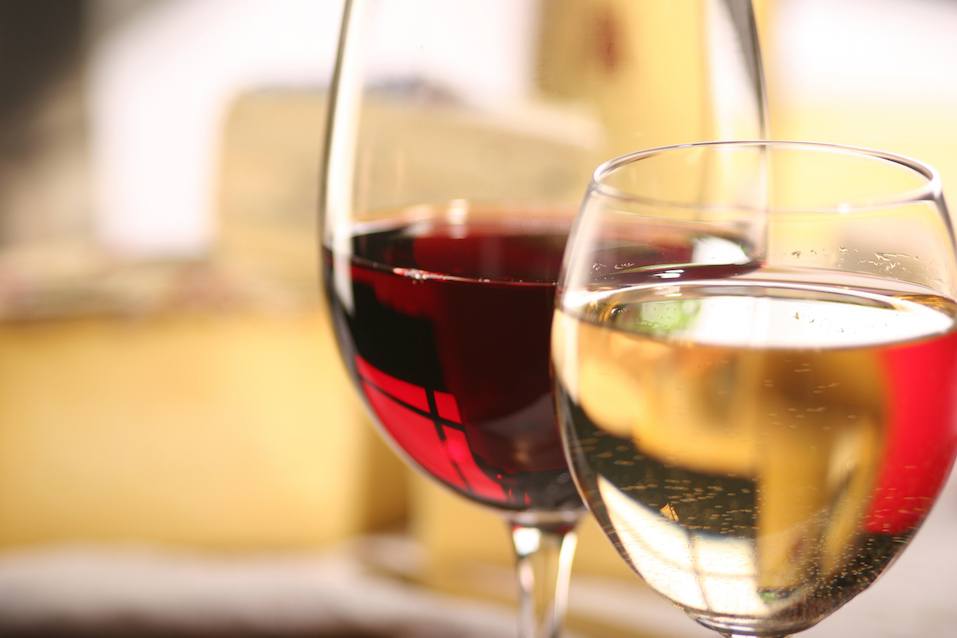 This one is a little tricky, given studies have shown having one glass of red wine in the evening can promote heart health. (And is part of the widely-popular Mediterranean diet!) However, too many glasses of wine negatively impacts your health altogether. In fact, binge drinking any form of alcohol in your teens and 20s can lead to osteoporosis later in life. Long story short: Limit your evening vino intake for the best health results.

Next: We’re all guilty of this next habit from time to time … 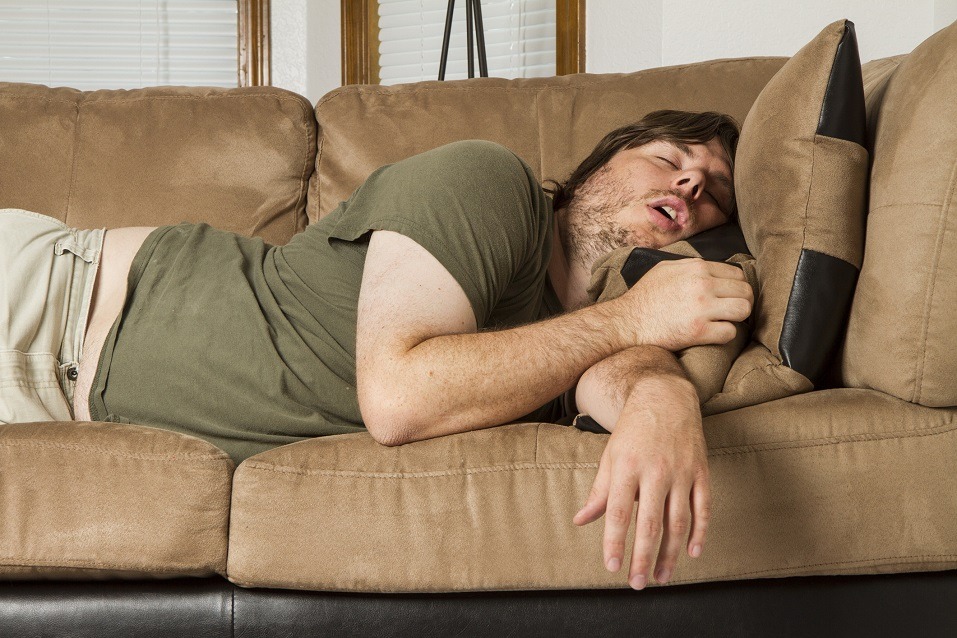 Spending all day on the couch has negative consequences| txking/iStock.com/Getty Images

Let’s be honest — nothing good comes from being lazy and sitting on the couch for hours on end. And increasing your risk of osteoporosis is one of those bad things that come from not moving all day. As WebMD aptly summarizes: “Bones weaken if they aren’t worked.” Something as basic as walking to the store or carrying things around your house can help keep your bones strong and healthy.

Next: And as you’re staying mobile, you should beware … 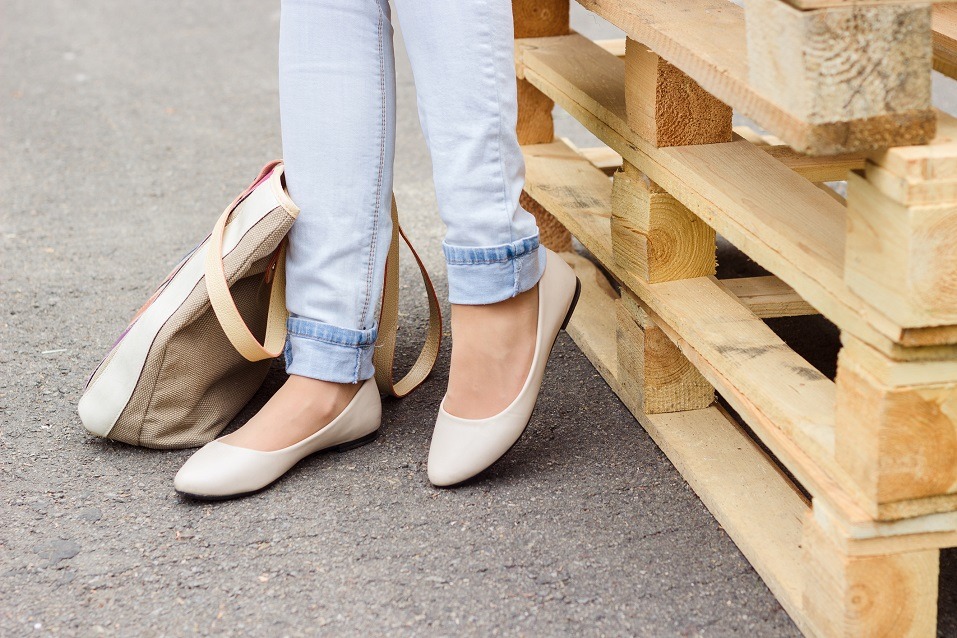 While staying mobile is good for your bones, it’s also important to give your body the support it needs. And that means having supportive shoes. We know some of the most stylish shoes — for both women and men — tend to not have great support. But high heels and super-flat shoes alike are terrible for the bones in your feet and ankles. Wearing shoes with cushion and arch support are a much better choice.

Next: For all you night owls and indoors-y types … 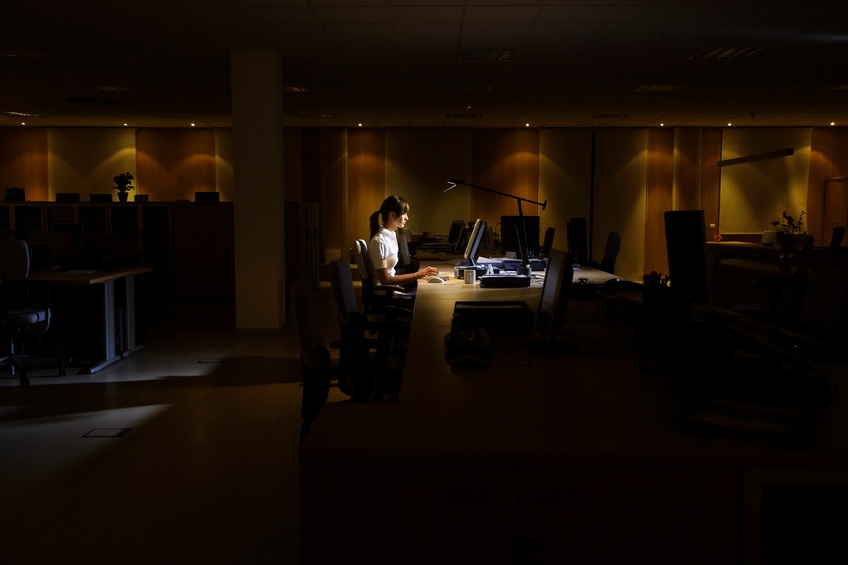 A young woman sits in a dark room on her computer | iStock.com/IPGGutenbergUKLtd

That’s right — being a self-proclaimed vampire can cause osteoporosis. This is because the vitamin D you take in from sunlight helps your body absorb more calcium which is, of course, essential for bone health. So if you’re someone who works in a dark environment, be sure to get out into the sun whenever you get a chance.

Next: Your morning ritual is wrecking your bones …

6. Drinking too much coffee

Can’t get through your morning without multiple cups of coffee? This habit may be keeping you awake, but it also has potentially negative effects on your bone health. Cleveland Clinic tells us too much coffee or cola has been linked to bone density problems in women, although the connection isn’t entirely clear. To be on the safe side, try getting your extra caffeine kick from tea, which reportedly doesn’t appear to hurt bone health.

Next: While we’re on the subject …

There’s really no health benefits to soda, just risks. And as we previously mentioned, cola has been largely linked to osteoporosis. Cleveland Clinic points out “the phosphoric acid in cola leaches calcium out of the bone,” which may be why it’s linked to this bone disease. Plus, drinking soda means you’re drinking less milk, which helps your bone density.

Next: Time to stop making this common mistake … 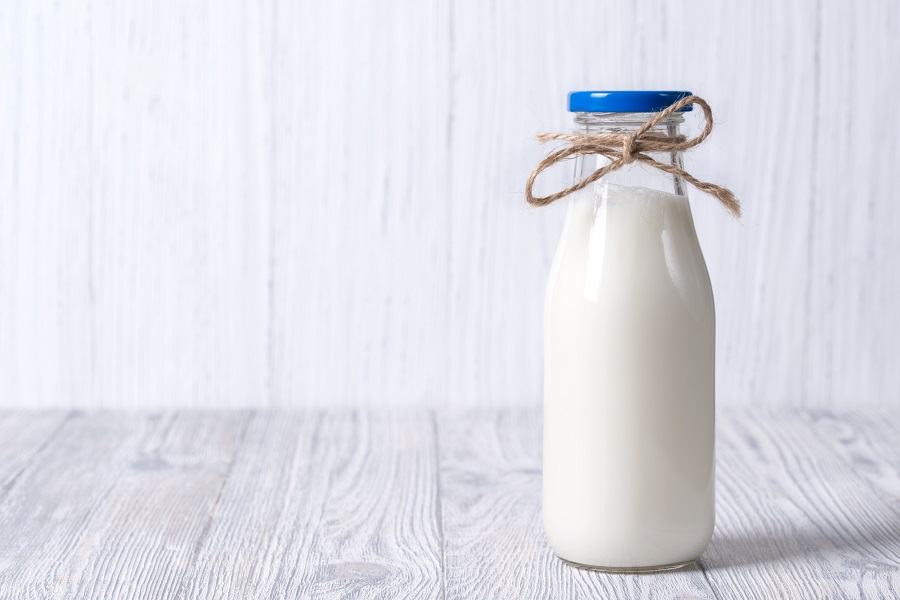 Fad diets claiming to slim you down by eliminating certain foods may be commonplace. But these “clean eating” regimens are also a hazard to your bones. Cutting out foods starves your body of certain nutrients it needs. And if you’re cutting dairy or other calcium-rich foods out of your diet, you’re putting your bones’ health at risk.

Next: From cutting foods out, to having too much of it …

9. Eating too much meat 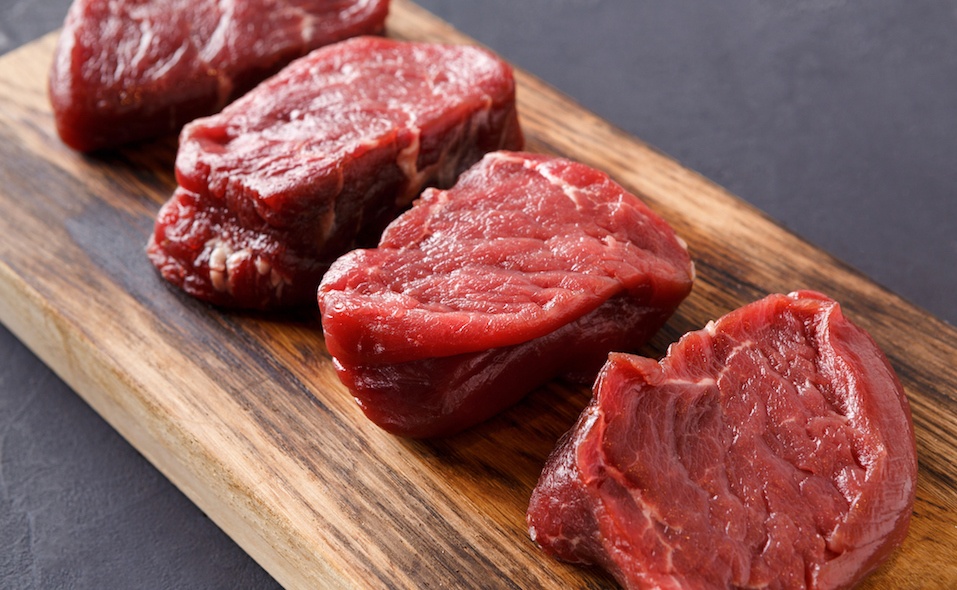 Raw red meat is the worst of all. | Milkos/Getty Images

A little steak every now and then won’t kill you. But eat steak too often — or any meat for that matter — and you may be increasing your osteoporosis risk. Eating too much protein causes the kidneys to excrete more calcium. And if the calcium isn’t there to aid your bones, then your bones become weak. So while having plenty of lean protein in your diet is good, too much protein has the opposite effect.

Next: You may be surprised this common habit is such a high risk factor … 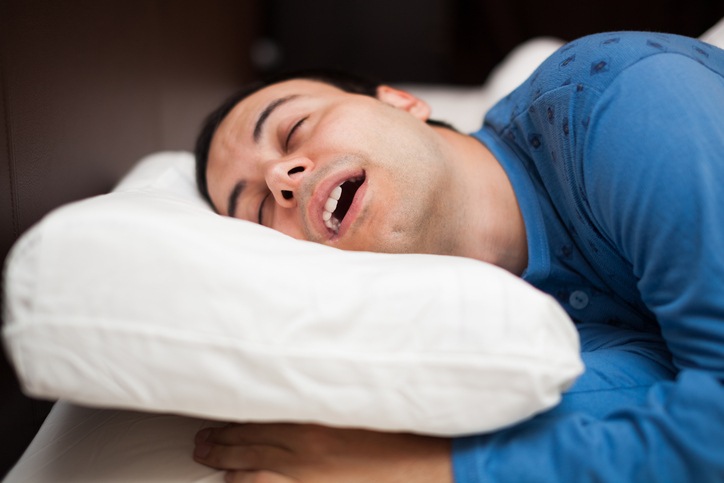 It’s a common habit among humans to dismiss our sleeping problems as a product of stress and whatnot. But ignoring your sleep issues can put the rest of your body at risk. And if you have sleep apnea, ignoring it can raise the threat of osteoporosis. University Health News Daily tells us researchers are still exploring the direct link between sleep apnea and osteoporosis, but also point out “sleep apnea is strongly associated with inflammation, one of the major causes of bone loss.”

Next: No surprise this bad habit is on our list … 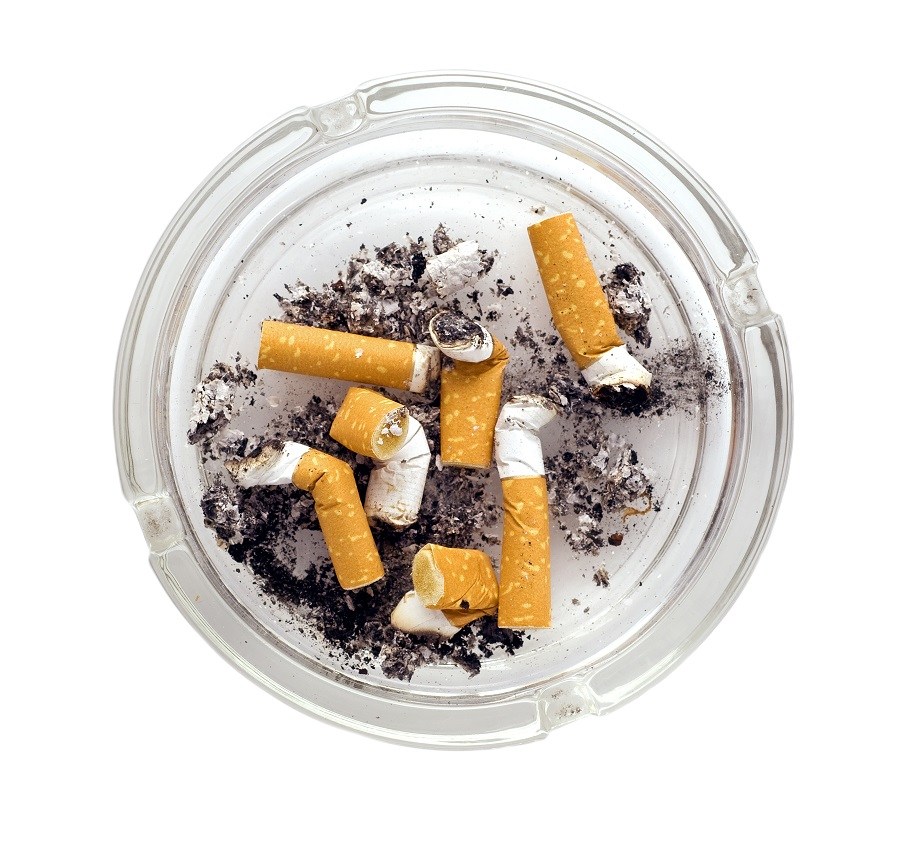 Yes, this one is a gimme, but it has to be reiterated nonetheless. Smoking greatly raises the chances of osteoporosis, especially in women. “Women who smoke lose bone faster, reach menopause two years earlier, and have higher postmenopausal fracture rates,” the Harvard School of Public Health tells us.

Next: Beware this guilty habit … 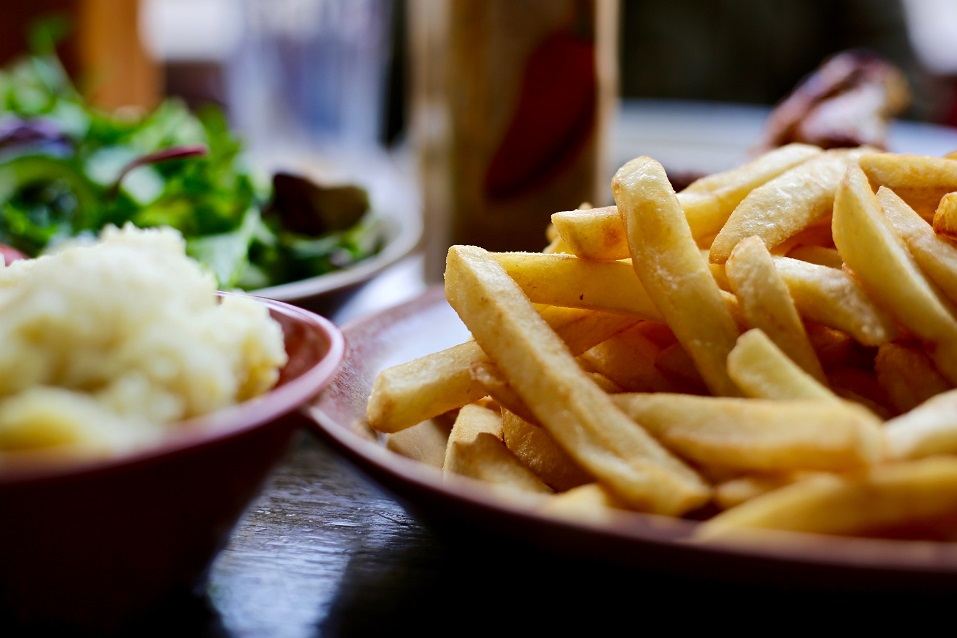 Need a mid-afternoon pick-me-up? Reaching for a salty snack won’t just hurt your waistline. It will negatively impact your bones too. This is because high sodium intake elevates calcium excretion through urine. And, as we previously discussed, the more calcium is excreted from the body, the more costly it is for your bones.

Next: Shaking this bad habit is worth it …

13. Not looking into your family history 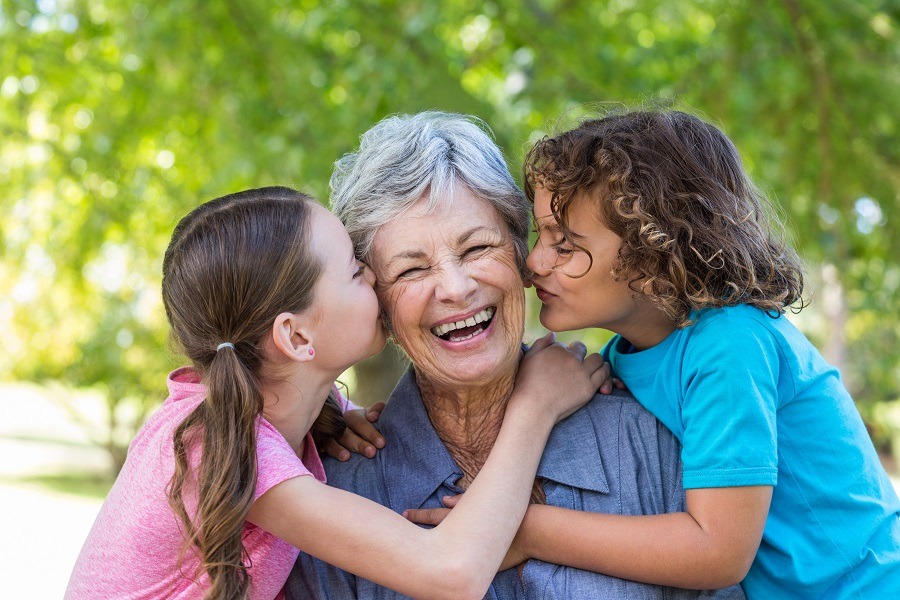 Going through your family’s medical history may seem daunting. But if you know ahead of time osteoporosis runs in your family, you’ll have a head start at countering it. While research is still being done to determine exactly what genes contribute to the disease, it is clear osteoporosis has a very strong link.

Next: So many of us are guilty of the next item on our list …

14. Not getting a bone density test 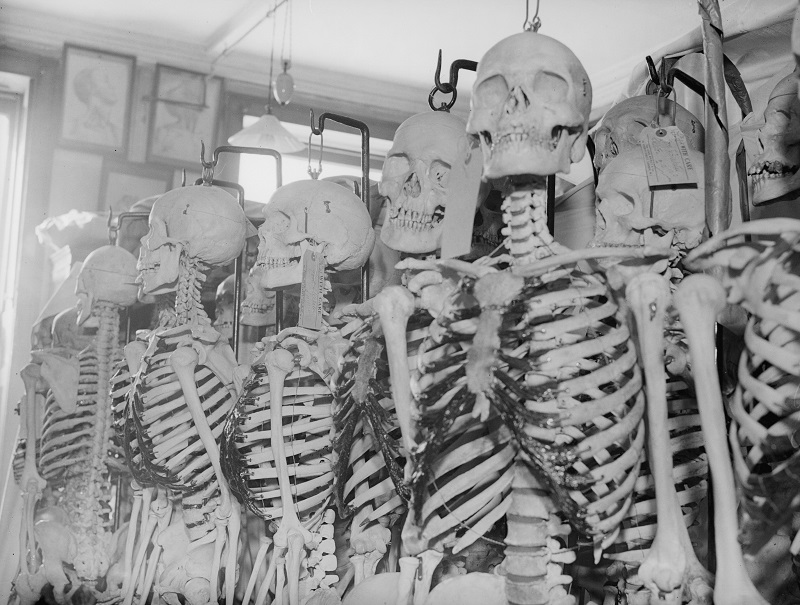 Without proper checkups, these bags of bones become quite brittle | Martin/Fox Photos/Getty Images

Know you need to have your bone density checked? Don’t waste a moment and make an appointment! Sure, many of us have a habit of putting off going to the doctors. But when it comes to having your bones checked, the earlier the better. In fact, the CDC recommends seeing a doctor if one of your parents has a broken bone, instead of waiting for your own symptoms to arise.

Next: And on that note … 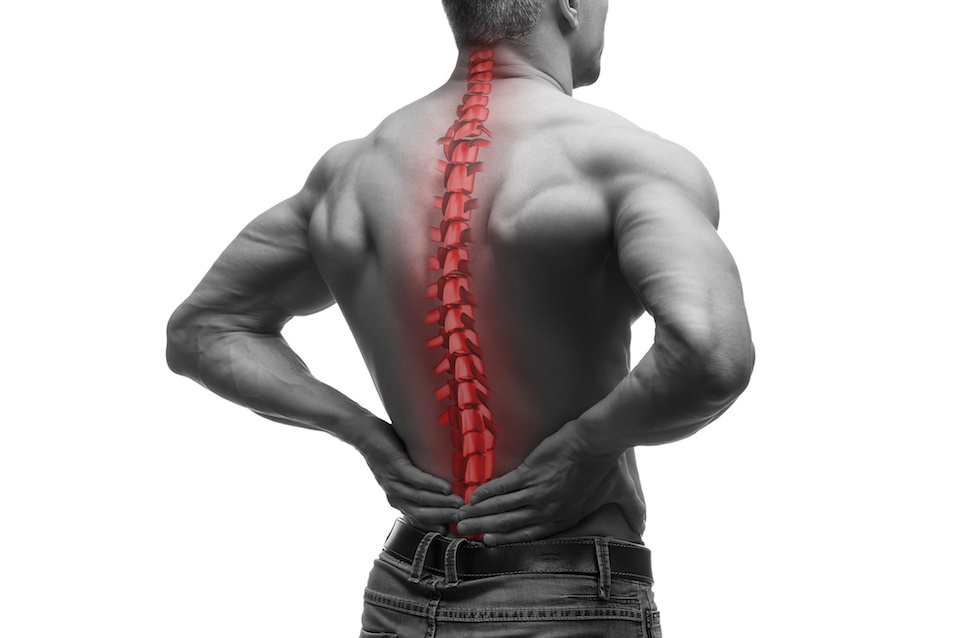 Osteoporosis isn’t an illness that can be cured or will go away. It’s a disease that can’t be completely reversed. So instead of exercising the common practice of ignoring the pain in hopes it’ll go away on its own, it’s imperative to study up on treatment and management options for osteoporosis.