3 Ways Having Kids Will Change Your Relationship

Relationships evolve and change overtime, especially when it comes to your romantic relationship. Big changes, such as having children, alter the dynamics of your relationship with your significant other. Despite how beautiful your little bundle of joy is, couples are often surprised at how much having a child changes their lives, and of course, their relationship. “A baby will change virtually every component of your life: physical, sexual, emotional, psychological, relational, social, financial, logistical and spiritual,” said Joyce Marter, LCPC, psychotherapist and couples counselor for couples with children, to PsychCentral.

That shouldn’t turn you off to having children — it just means that things will be different. Marter adds that you’ll see a change in your relationship not only once you have your first child, but with each succeeding child that you have. “The first child most often brings about the greatest life and relationship change, but each subsequent child affects a couple almost exponentially, widening the scope of responsibilities and compounding family and relationship dynamics.” It’s important to be prepared for what’s in store and be aware of the stressors it will bring to your relationship. Here are three ways it may change your relationship.

1. It won’t make your relationship better

Deciding to have children to increase martial satisfaction may leave you both horribly disappointed. As Ellen Walker, Ph.D., explained in Psychology Today, “Marital satisfaction rates actually plummet after the birth of the first child.” To take it even further, according to the Gottman Relationship Institute, about 70% of couples experience a significant dip in the quality of their relationship within three years of having a child. This may be due to disagreements with differing parenting styles, which can lead to arguments because of the following point…

2. You sleep less, which causes stress in your relationship 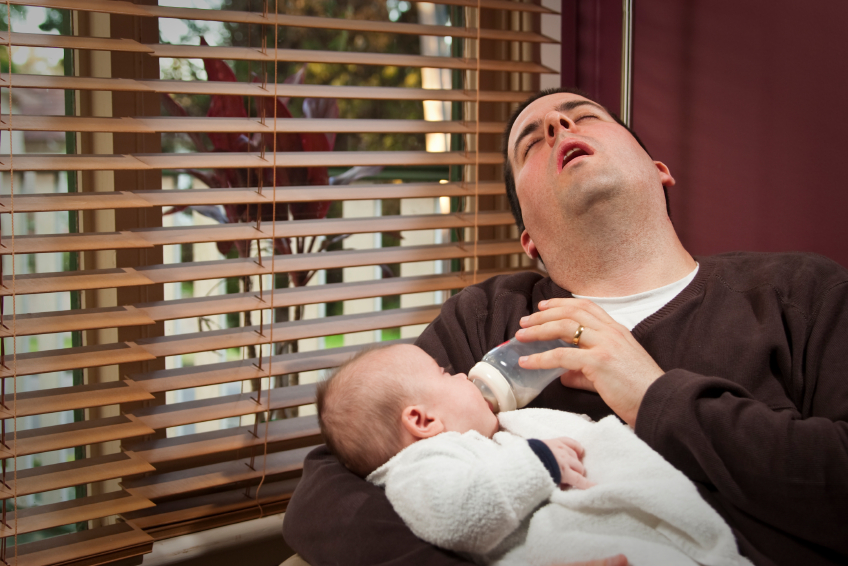 There’s no secret here that as a new parent your sleep will be interrupted. Marter explains to Psych Central that “the chronic and cumulative nature of sleep deprivation during the newborn phase is perhaps one of the most commonly underestimated challenges of new parenthood.” Newborns, on average, sleep for about 16 to 20 hours a day, but it’s spread out over the entire day, which means that they constantly wake up and need to be fed, have their diaper changed, or scream and cry. According to sleep specialist Dr. William C. Dement on Healthday.com, it’s during this time that parents will lose about two hours of sleep a night overall, and may only sleep a couple of hours at a time, contributing to what’s called “sleep debt” that is sure to leave you both restless and irritable.

According to the National Sleep Foundation, parents end up with what’s referred to as “sleep debt,” which they may not be able to catch up with. This type of sleep deprivation can contribute to stress in the relationship, moodiness, anxiety, and other health problems. All of this can cause arguments between a couple. Simply put, not getting enough sleep is bad for your relationship. But at the end of the day you both need to fight the urge to fight, and realize that you’re in this whole baby thing together as a team. You both need to support each other.

3. It will affect your sex life

Sex is an incredibly important part of your relationship, and it’s one that unfortunately tends to be neglected once your little bundle of joy comes into your life. It’s not because you both don’t want to — you both may be too tired to, and many women can’t have sex, even if they want to, in the months following birth.

According to a study published in The Journal of Sexual Medicine, it’s not until three months after childbirth that 85% of women start having sex again, as doctors suggest that women refrain from having sex for four to six weeks after giving birth. Not to mention she probably doesn’t feel as sexy as she used to while carrying around post-pregnancy weight, which can affect even the most confident of women. The answer to this problem is, of course, patience, understanding, and making an effort despite all the odds against both of you.