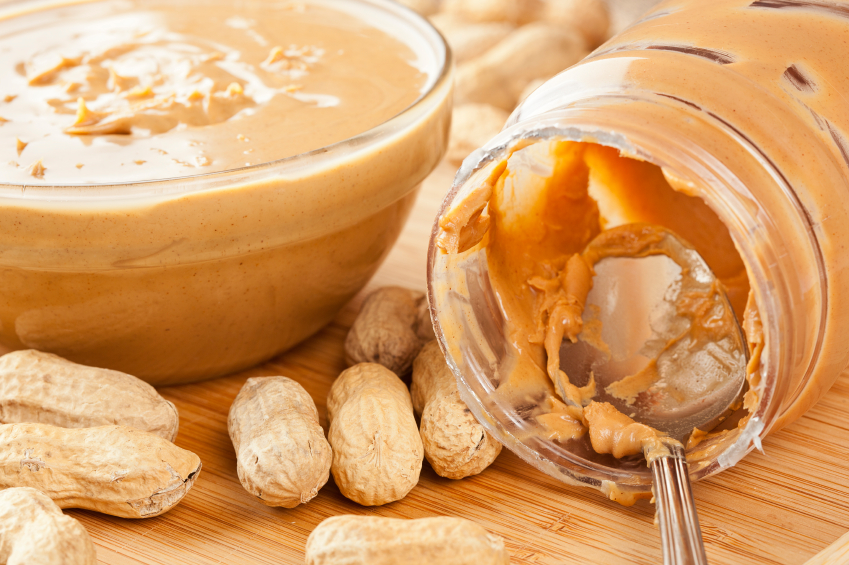 Though your days of eating peanut butter and jelly sandwiches and smothering celery with peanut butter and raisins may be long gone, you shouldn’t put this sweet and salty treat in the back of your pantry just yet. Peanut butter, while being high in calories and a supposed weight loss nightmare by some nutritionists and health gurus, can actually suppress appetite and assist in keeping to a heart-healthy diet. The numerous health benefits of this tasty snack include benefits to the heart and colon, protection against certain diseases including Alzheimer’s and gallstones, and high levels of antioxidants, potassium, and other vitamins and minerals that are important to incorporate into what you’re consuming daily. Don’t just leave peanut butter to the kid’s lunch boxes anymore — here are five reasons why peanut butter may be just the food you need to incorporate into your diet.

If you’re looking to aid your workout routine with a food that can both boost testosterone levels and help you lose weight, eating peanut butter daily can keep your energy levels high and assist you in completing difficult workouts. Men’s Health talks about the testosterone boosting powers of this health food — if you’re looking for more natural ways to increase your muscle building capabilities, then eating foods with nutrients that assist in testosterone production is the key.

Peanuts and peanut butter offer healthy levels of zinc, which is a nutrient known to play with hormone levels and increase testosterone levels in just four weeks if eaten regularly. In addition to zinc, a study found on Muscle for Life shows that men who eat plenty of monounsaturated fats, like the fats found in peanut butter, have higher testosterone levels than those who avoid them. By increasing your healthy fat and zinc intake, you may notice a difference in how quickly you’re able to build muscle and keep fat levels at bay because of this testosterone boost — and your libido may increase as well.

As far as weight loss goes, it may seem counterproductive to eat fats to lose fat, but peanut butter certainly proves that certain fats can help you ward off excess weight. Men’s Health discusses how people who eat a diet rich in foods like avocado, olive oils, and peanut butter are more likely to not only lose weight, but also keep the weight off for longer than those who follow a low-fat diet. Peanut butter is a treat that doesn’t leave you wanting something else — it’s satisfying and filling because of its high protein content, leaving you full for hours and giving you the energy you need to perform daily tasks. Typically, those who are eating peanut butter aren’t reaching for sugary snacks once they’re finished, as they are satiated with what they’ve already had.

2. High in vitamins and minerals 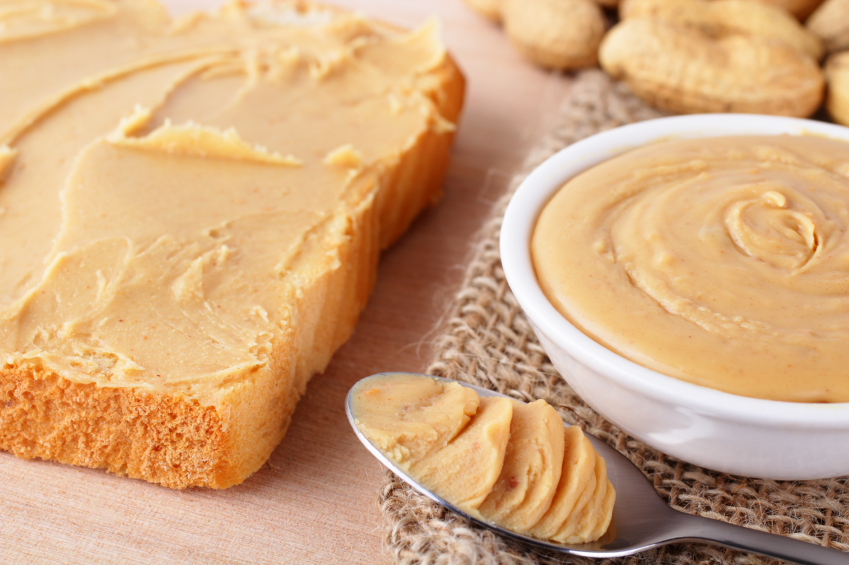 Most of us already know that peanut butter is high in protein, but that’s not all that the humble peanut has to offer. Prevention reminds us that peanut butter is also rich in potassium, which is the perfect mineral for regulating fluids in your body. With one serving of peanut butter offering 208 mg, it’s great for maintaining good heart and kidney health, and it generally helps all of your other organs function normally. Potassium aside, peanut butter is also rich in magnesium, which helps with energy production and bone growth, and vitamins E and B6, which protect the heart and assist in normal brain function.

Your digestive system, skin, and nerves can also benefit from peanut butter, as peanuts are high in niacin according to the Peanut Institute. Peanuts are also high in folate, which can prevent heart disease and thiamin, which helps the body convert carbs to energy, and riboflavin, which helps metabolize fat, carbs, and proteins. There are also small amounts of copper, selenium, manganese, and iron in peanut butter which, when eaten with a healthy diet, can ensure you are reaching the proper levels of these minerals.

While peanut butter is full of various vitamins and minerals, you may not also realize that peanuts have high levels of antioxidants — levels that can even rival some antioxidant-rich fruits that are often advertised for their benefits. The World’s Healthiest Foods talks about the antioxidants found in peanuts by first discussing resveratrol, an antioxidant that is originally found in red grapes and red wine, and is also found in peanuts, that can help prevent damage to blood vessels and prevent blood clots. It’s also thought that resveratrol can contribute to a reduction in the risk for cardiovascular disease, which may be why the French, who are frequent drinkers of red wine, have a lower risk of heart disease than Americans.

Peanut butter has higher antioxidant levels than apples, carrots, or beets, and is more on par with the levels found in blackberries and strawberries. A group of University of Florida scientists conducted research on the antioxidant levels of peanuts, and they found that they hold high concentrations of polyphenols. The term “polyphenol” refers to the thousands of plant-based molecules that have antioxidant properties that assist in proper enzyme function and the elimination of harmful free radicals that can damage cells. The University of Florida scientists, who published their findings in the journal Food Chemistry, found that consuming roasted peanuts or peanut butter can boost their antioxidant levels by up to 22%.

4. Wards off heart disease and some cancers 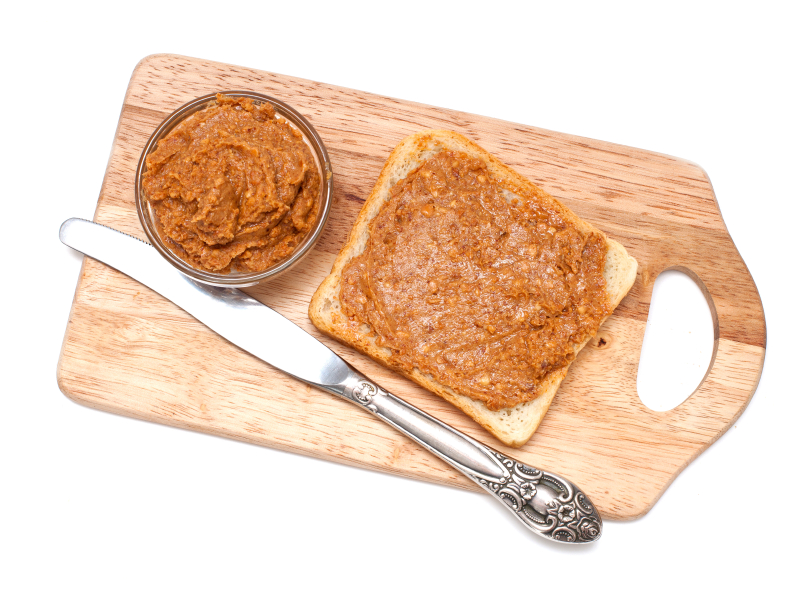 According to Daily Mail, there’s really great news for peanut butter lovers — eating peanuts or peanut butter five times a week can nearly cut your risk of cardiovascular disease in half. This is because peanuts can reduce inflammation throughout the body and make the blood vessels around the heart stronger and healthier while also reducing bad cholesterol due to the high levels of polyunsaturated fats found in the peanuts themselves. According to a study published by The British Journal of Nutrition found on The World’s Healthiest Foods, those who ate nuts (or peanuts and peanut butter) at least four times a week showed a 37% reduced risk of coronary heart disease compared to those who rarely ate them.

In addition to staying heart healthy, the folic acid, phytic acid, and resveratrol found in peanut butter may also ward against certain types of cancer. Peanuts have been found to particularly protect against colon cancer, which is the third most frequent cancer in the world, and researchers found that eating peanuts or peanut butter just two or more times a week was associated with a 27% lowered risk in men. The phytosterols found in peanuts, which are plant-based molecules related to cholesterol, are also known to reduce bad cholesterol and also possibly protect against lung, stomach, and prostate cancer.

5. Great for memory and brain health

In addition to being great for the heart and body, peanut butter can boost your brain health and help to ward off diseases such as Alzheimer’s. The Peanut Institute reminds us that peanuts are high in both niacin and vitamin E, which are both nutrients shown to protect against Alzheimer’s and age-related cognitive decline.

In a study of nearly 4,000 people 65 years of age and older, researchers found that those who ate more niacin were the ones more likely to retain their cognitive abilities better than those who did not. Also, in a study that followed 815 people over the age of 65 around for four years to see if vitamin E offered protection against Alzheimer’s, the results were as follows — taking vitamin E supplements did not have any effect one way or the other, but consuming vitamin E through foods like peanut butter did offer higher levels of protection. And, those who consumed the most vitamin E and niacin out of the group had a 70% lowered risk of developing Alzheimer’s than those who did not consume as much.

Eating just one ounce of peanuts offers 3 mg of vitamin E, which is 20% of your recommended intake a day. And, the resveratrol found in peanut butter can also be an effective agent against Alzheimer’s disease and nerve degeneration disease in general. So, if you’re hoping to keep your brain healthy into your senior years, all evidence is pointing you toward that jar of guilt-free peanut butter on your shelf. Just make sure it’s the natural type with minimum or no added sugars and less sodium than the processed brands, and you’re good to go.