Over time, as people share their health misconceptions with others, they can sometimes start to fool the general population. There are certain medical and general health myths with particular significance to men. The Cheat Sheet has covered some of them in the past, such as the so-called “women’s diseases” that men can actually get and the misconception that men hate talk therapy. Here, we’ve debunked a few more myths about men’s health. Read on to find out if any of these urban legends had you fooled.

1. Myth: Shaving causes thicker and/or darker hair to grow back

Your hair might seem more coarse after it grows back, but shaving does nothing to change the inherent color of your hair or thickness of your hair follicles. “Shaving removes the dead portion of hair, not the living section beneath the skin’s surface,” Rachel Vreeman, M.D., told Men’s Health. Vreeman is an Indiana University assistant professor who has published research and books on persistent health myths. She says shaving away dead hair can’t change how the living hair grows. When the new stubble protrudes, these hairs might appear slightly darker than the rest of your hair, but Vreeman says that’s only because they haven’t been exposed to as much sunlight yet.

2. Myth: Men are more likely to die of prostate cancer than any other cancer 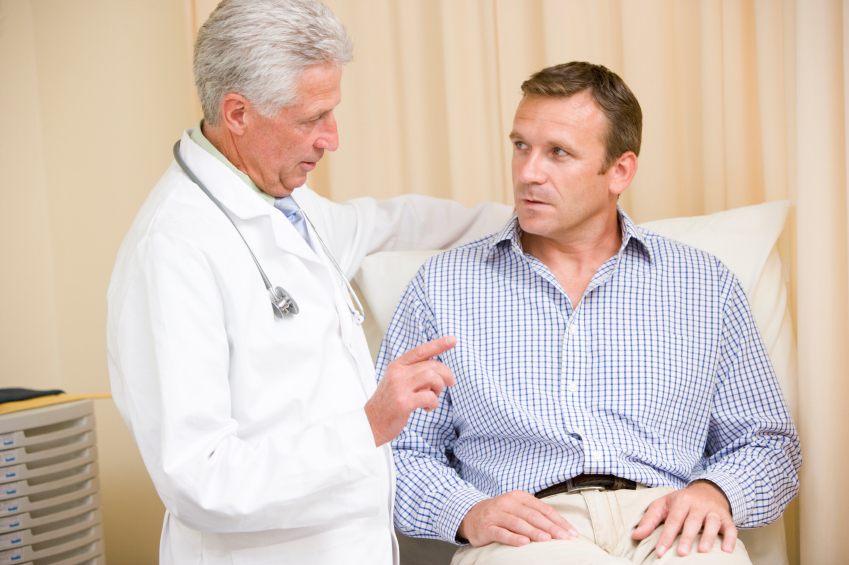 There are other cancers that can lead to your demise. | iStock.com

3. Myth: Men should consume five servings of fruits and vegetables per day

Men should eat more fruits and vegetables than women. | iStock.com

Men eat far fewer fruits and vegetables than women, but they actually require more. You might remember a general recommendation of five servings of fruits and vegetables per day, but the 2005 dietary guidelines released by the government upped it to nine servings, or about two cups of fruit and two and a half cups of vegetables. The CDC’s guidelines provide specific recommendations in cups for various men, women, and children. Moderately active men age 19 to 30, for example, should eat two cups of fruit and three and a half cups of vegetables every day.

4. Myth: Men are more likely to attempt suicide than women

Women attempt suicide more often than men, but about four times as many men die by their own hand than women. This is in part because women tend to use methods with higher survival rates, such as poisoning, while men tend to use more fatal means like guns. Women are thought to be more likely to suffer from depression and have suicidal thoughts, but men are less likely to seek mental health treatment. If you or someone you know is having thoughts of suicide, contact the National Suicide Prevention Lifeline at 1-800-273-TALK (1-800-273-8255).

5. Myth: Hats, hair styling, and/or blow dryers can cause baldness

If you are balding early it’s more than likely due to your genetics. | iStock.com

There’s no evidence that wearing a hat, using styling products, or blow-drying results in baldness. Baldness typically occurs when the hair follicle becomes smaller over time, creating shorter, finer hair, and eventually, no hair. Male pattern baldness accounts for more than 95% of hair loss in men. By age 35, two-thirds of American men will have some degree of appreciable hair loss, and by age 50 approximately 85% of men will have observably thinning hair. Baldness is usually genetic, but it’s also a myth that it’s always passed down from the mother’s side. In some cases, hair loss can be caused by medications, certain diseases, or poor nutrition, so if you notice sudden hair loss, talk to your doctor.