7 Dessert Recipes That Will Bake Away Your Leftover Egg Whites

Some recipes only need egg yolks, leaving you with excess egg whites on your hands. There is no need to discard your egg whites, though, and you don’t have to turn them into omelettes or scrambled eggs either. There are plenty of egg white-only baked goods you can prepare instead. Joy of Baking states that you can store egg whites in the fridge for seven to ten days by placing them in a tightly sealed container, and they can be frozen for up to one month. (To thaw, leave in the fridge overnight.) With that piece of information, and the following seven recipes, you won’t ever need to waste your leftover egg whites again.

This little, light, crisp cookie from Eating Well only needs four ingredients. Having the egg whites at room temperature when you beat them into stiff peaks ensures you get as much volume as possible from the egg whites. It yields about eighty cookies, and excess cookies can be stored in the freezer for up to one month.

Directions: Separate one egg at a time into a small bowl, letting the white fall into the bowl and discarding the yolk. If there’s any trace of yolk in the white, discard the white and start over. If it’s yolk-free, transfer to a clean medium mixing bowl. Repeat with the remaining 2 eggs.

Add cream of tartar to the whites and beat with an electric mixer on medium-high speed until soft peaks form. Slowly add sugar, about 1 tablespoon at a time, until all the sugar has been added. Continue beating until the whites are stiff and glossy. Add vanilla and beat for 30 seconds more.

Position racks in the upper and lower thirds of the oven; preheat to 200 degrees Fahrenheit. Line 2 large baking sheets with parchment paper. Place a small amount of the meringue under each corner of the paper to secure it to the pan. Fill a 1-quart sealable plastic bag (or pastry bag fitted with a ½-inch plain tip) with the meringue. Seal the bag almost completely, leaving a small opening for air to escape from the top as you squeeze. Snip off one corner of the bag with scissors, making a ¾-inch-wide opening. Fold the top of the bag over a few times, then gently push the meringue down to the snipped corner. Working with the bag perpendicular to the baking sheet, pipe the meringue into 1½-inch-diameter cookies, spacing them about ½ inch apart.

Bake the cookies until dry and crisp throughout, about 1½ hours. Transfer the pans to wire racks and let the cookies cool to room temperature, about 15 minutes.

With your extra egg whites, you can make an impressive layer cake with this recipe from Williams-Sonoma’s Kitchen Library Series: Cakes, Cupcakes & Cheesecakes by Sarah Tenaglia. Decorated with toasted almonds, it yields about ten servings.

Directions: Position a rack in the middle of an oven and preheat to 350 degrees Fahrenheit. Butter and flour 2 round cake pans each 9 inches in diameter and 1½ inches deep.

In a medium bowl, sift together the flour, baking powder and salt. In a large bowl, using an electric mixer set on medium-high speed, beat the butter until light. Gradually add the sugar, beating until well blended. Beat in the vanilla and almond extracts. Reduce the speed to low and, dividing the flour mixture into 3 batches, beat the flour mixture into the butter mixture alternately with the milk just until combined.

In a large bowl, using an electric mixer fitted with clean, dry beaters and set on high speed, beat the egg whites until stiff peaks form. Using a rubber spatula, gently fold the beaten whites into the batter just until incorporated. Divide the batter between the prepared pans; smooth with the spatula.

Spread the remaining frosting over the top and sides. Ring the top with raspberries, if using, and press the toasted almonds onto the sides. Serve immediately, or cover with a cake dome and refrigerate for up to one day. Bring to room temperature before serving.

Angel food cakes call for plenty of egg whites and Ina Garten’s Food Network recipe is no exception. What is different is that instead of a white, basic angel food cake, you’ll be baking a vanilla and chocolate cake, topped with a rich glaze.

Directions: Preheat the oven to 350 degrees Fahrenheit. Combine ½ cup of the sugar with the flour and sift them together 4 times. Set aside.

Place the egg whites, salt, and cream of tartar in the bowl of an electric mixer fitted with the whisk attachment and beat on high speed until the eggs form medium-firm peaks, about 1 minute. With the mixer on medium speed, add the remaining 1½ cups of sugar by sprinkling it over the beaten egg whites. Beat on high speed for a few minutes until thick and shiny. Add the vanilla and continue to whisk until very thick, about 1 more minute. Scrape the beaten egg whites into a large bowl. Sift ¼ of the flour mixture over the egg whites and fold it very carefully into the batter with a rubber spatula. Continue adding the flour in 3 equal additions, sifting and folding until it’s all incorporated. Fold in the grated chocolate.

Pour the batter into an ungreased 10-inch tube pan, smooth the top, and bake it for 35 to 45 minutes, until it springs back to the touch. Remove the cake from the oven and invert the pan on a cooling rack. When cool, run a thin, flexible knife around the cake to remove it from the pan. 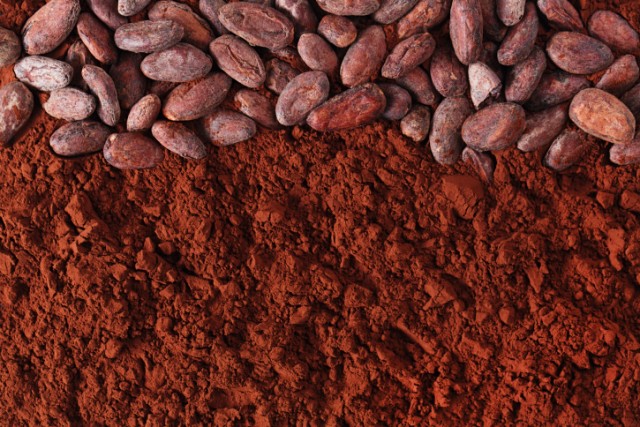 Just as some people prefer crispy cookies, others want the crispy brownie edges all to themselves. With King Arthur Flour’s recipe, they won’t be scavenging the edges of the brownie pan for that crunchy bite, because the whole pan will have a crisp texture.

Directions: Preheat the oven to 325 degrees Fahrenheit. Grease a pan-sized piece of parchment; or tear off a sheet of non-stick aluminum foil.

Whisk together the flour, salt, and baking soda. Set the mixture aside.

In a medium-sized bowl, whisk the egg whites until frothy. Add the sugar, cocoa powder, espresso powder, oil, and vanilla, beating until smooth. Whisk in the milk powder, then the flour mixture. Stir in ½ cup of the chocolate chips.

Lift the paper or foil onto a baking sheet or jelly roll pan. Sprinkle the remaining chips atop the batter. 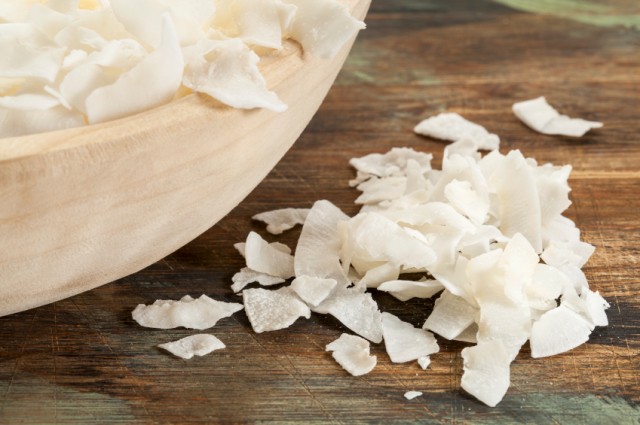 Wilton has taken the coconut macaroon, and turned it into a bar cookie in this recipe which will use up three egg whites. The cookies can be stored at room temperature for five days.

Directions: Preheat oven to 350 degrees Fahrenheit. In food processor, pulse butter, flour, sugar and salt until mixture begins to form small lumps. Transfer mixture into a 13-by-9 inch pan; press evenly onto the bottom. Bake 15-17 minutes or until just golden. While crust is baking, prepare topping.

In large bowl, whisk together egg whites and sugar until combined well. Stir in flour and coconut. Sprinkle chopped chocolate evenly over the hot crust. Allow it to melt; spread evenly with spatula. Drop small spoonfuls of coconut mixture onto chocolate; spread gently.

Bake 25 to 30 minutes or until top is golden. Cool completely in pan. Cut into twenty-four bars. 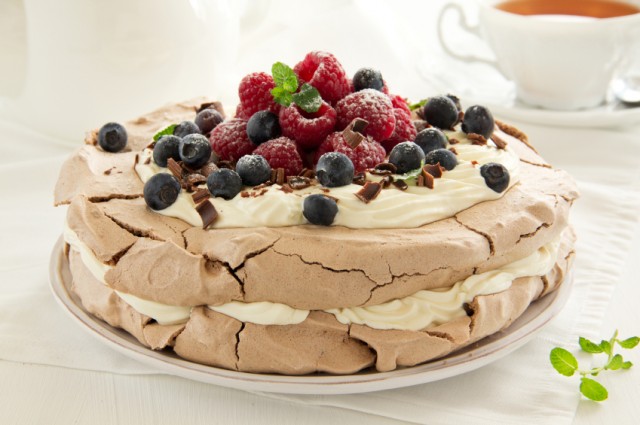 Pavlovas are meringue desserts, often topped with berries and cream. The use of brown sugar in Gourmet’s version, via Epicurious, has colored the traditionally white dessert a light sandy shade. Use the mix of berries that suits your tastes.

Directions: Preheat oven to 275 degrees Fahrenheit with rack in middle. Lightly butter 3 (8-inch) round cake pans, then dust sides of pans with confectioners sugar, knocking out excess. Line bottom of each pan with a round of parchment paper.

Pulse superfine sugar, brown sugar, and cornstarch in a food processor until well combined. Stir together vanilla and vinegar in a small bowl.

Beat egg whites with a pinch of salt using an electric mixer at medium speed until they hold soft peaks. Increase speed to medium-high and add sugar mixture 1 tablespoon at a time. After all sugar has been added, beat 1 minute more. Add vinegar mixture, then beat at high speed until meringue is glossy and holds stiff peaks, about 5 minutes. Spoon about 2½ cups meringue into the pans and smooth tops.

Bake until meringues have a crisp crust and feel dry to the touch, about 1 hour (insides will still be marshmallow-like).

Turn oven off and prop door open slightly with a wooden spoon. Cool meringues in oven 1 hour. The meringues may sink or crack while cooling. Run knife along sides of cake pans and carefully turn meringues out of pans. Carefully peel off parchment (more cracking my occur). Carefully turn right side up.

Macerate fruit while meringues cool. Toss berries with sugar and let stand at room temperature until ready to use. When ready to assemble, beat heavy cream with sour cream using an electric mixer until it just holds soft peaks. Put one meringue on a serving plate and spread one third of whipped cream over it. Spoon one third of fruit (with juice) over top. Repeat with remaining meringues, cream, and fruit. 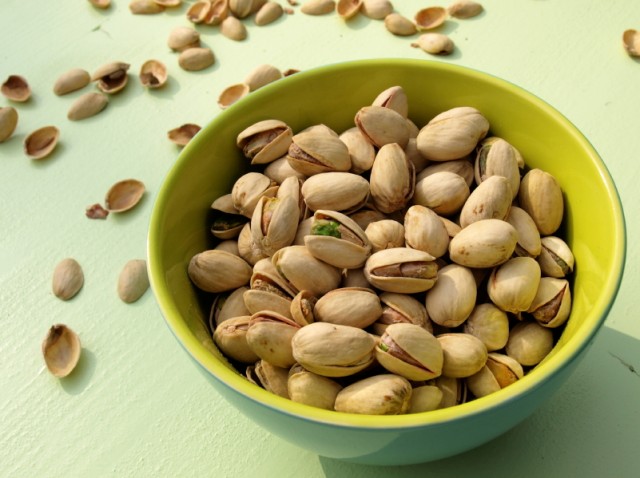 A small cake, The New York Times says that financiers have been a staple of the Parisian pastry shop circuit for more than 100 years. It is sweet with a slightly crisp exterior and nutty taste. Egg whites keep the cake from becoming too dense, and Saveur has added pistachios, for an extra crunch and nut flavor.

Directions: Grease and flour 1½-inch round financier molds or mini-muffin pans; set aside. Heat butter in a 2-quart saucepan over medium heat; cook, without stirring, until butter begins to brown, about 5 minutes. Pour through a fine strainer into a bowl; cool.

Preheat oven to 350 degrees Fahrenheit. Pour batter into molds; sprinkle with chopped pistachios, and bake until golden brown, about 16 minutes.