7 Foods That Can Soothe an Upset Stomach

Many folks experience an uncomfortable, persistent gurgle in their stomachs every winter. Maybe they ate something that didn’t sit well or maybe they picked up a nasty bug at the office. Whatever the cause, a queasy stomach can leave you feeling pretty lousy. While the thought of downing your regular meals probably doesn’t sound appealing, not eating anything will just leave you exhausted.

Not just any food will do, though. Anything with too much fiber, protein, or fat is going to overload a sensitive digestive system. If you’re unlucky enough to pick up a virus that leaves you running to the bathroom, you’ll need to be especially careful. Livestrong recommended waiting one to two hours after an episode of vomiting before trying to keep anything down, and you should only go for for liquids at that point. This is both to ease back into things and to stay hydrated. Once you’re able to tolerate liquids for a few hours, you can move on to solid foods.

Now that we’ve covered what you shouldn’t consume, it’s time to focus on what eats can help. The next time your tummy is feeling uneasy, try these seven soothing foods. 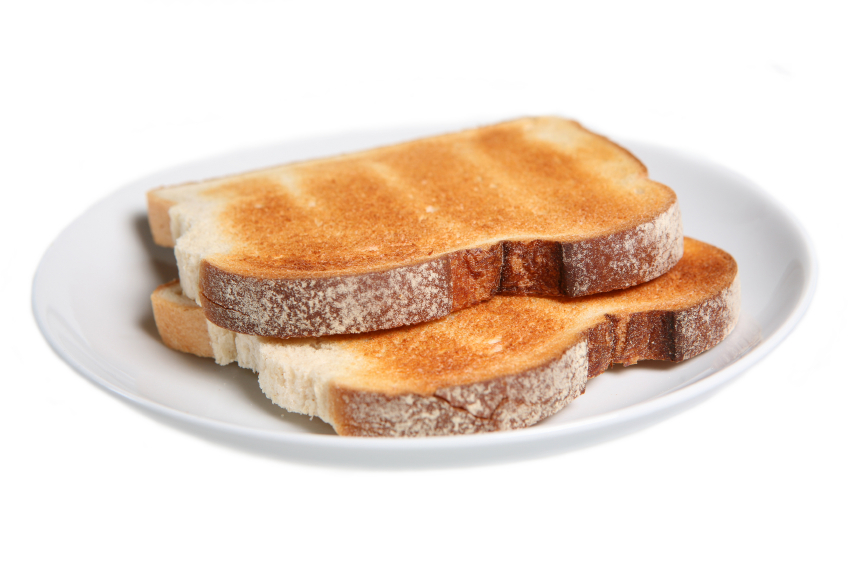 This is one of the first foods you should reach for when you’re able to start eating again. While we’re usually in favor of fiber-rich loaves, this is the one exception. Those 12 grains are just too difficult to break down when your stomach is especially sensitive, so stick to white bread. And skip the butter; if you have to smear something on top, stick with jelly. Some claim burnt toast is even better than regular, reasoning the added char helps absorb toxins, but we’ll leave that up to you. 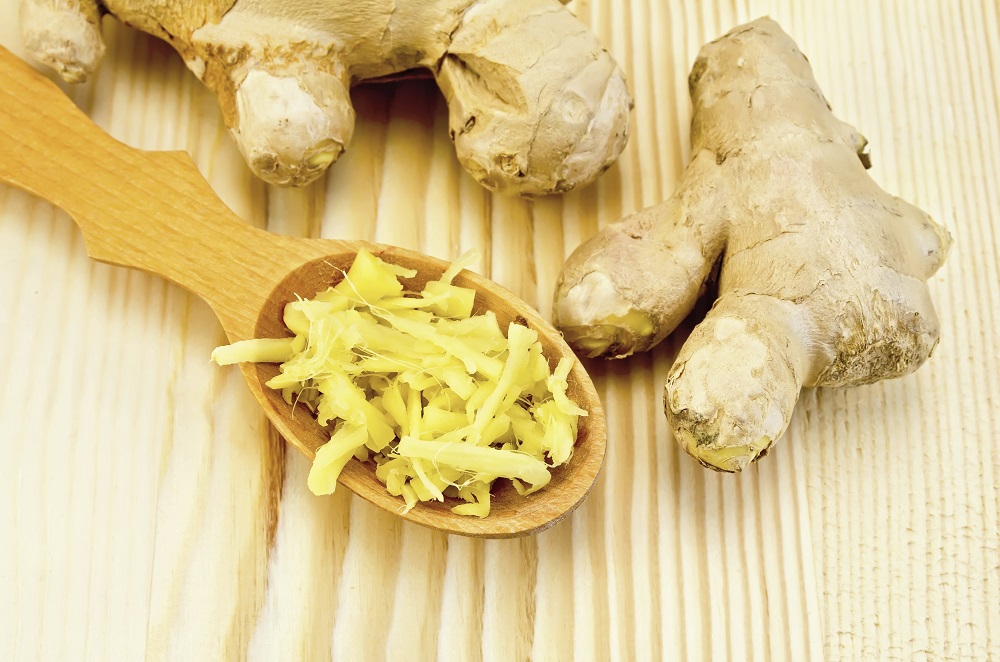 A lot of herbal remedies sound like bogus, but ginger is one of the few that almost every culture looks to for curing a sour stomach. According to The University of Maryland Medical Center, this spicy root can be helpful for any type of upset stomach, including motion sickness. The easiest way to get a little bit of ginger into your system is by making a tea. You can buy ready-made tea bags, but the fresh stuff is even better. Just peel a bit of ginger, slice, then toss it into some hot water. 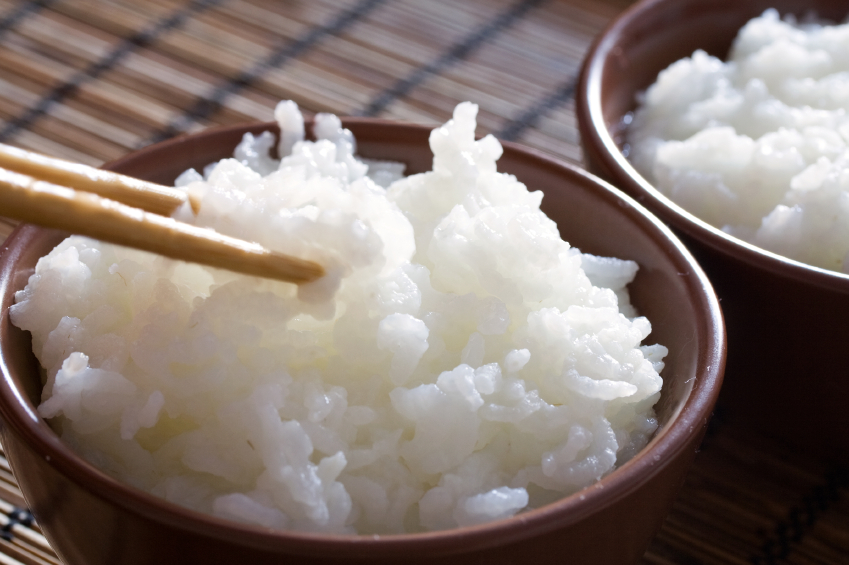 One of the four foods featured in the BRAT (banana, rice, applesauce, toast) diet, rice is an easy-to-digest carbohydrate that gets some calories in your body without forcing your gut to work too hard. The Huffington Post said rice is particularly smart because the starch coats your stomach, which helps alleviate discomfort. Since the grains absorb water when cooking, rice can also help you stay better hydrated. And be sure to reach for white rice because brown grains will likely contain too much fiber for your system to handle. 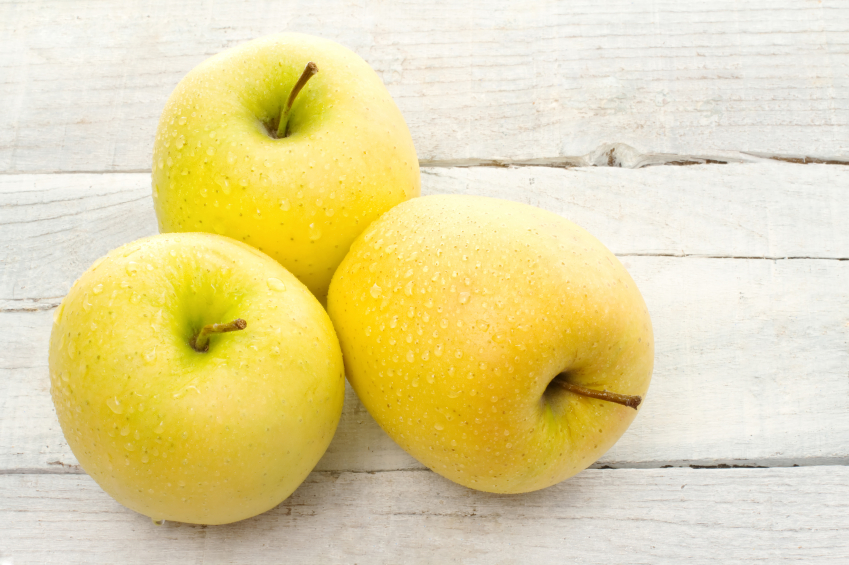 Though we’ve been poo-pooing fiber, Everyday Health said a bit of the nutrient can actually help move offending chemicals out of your system. The key is to introduce just a little bit of fiber back into your diet. Apples are a great way to do this because the fiber content isn’t out of control, about 4 grams per medium apple. If you’re still worried about this being too much for your system to process, peel the fruit first. You can also opt for applesauce. 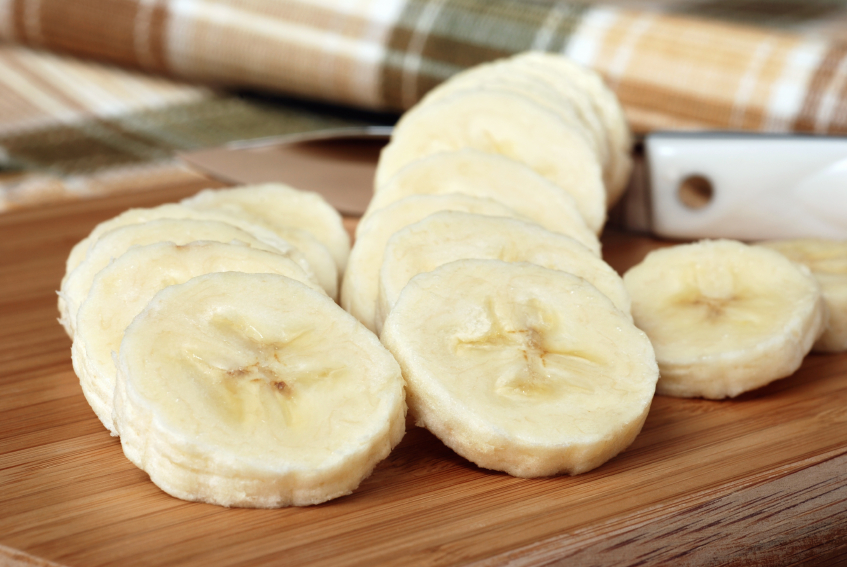 As important as it is to stay hydrated when you’re suffering from an upset stomach, water alone might not be enough because it doesn’t contain any electrolytes. Since sugary sports drinks can trigger stomach issues, a banana is a good way to get some of these nutrients. This fruit delivers a good dose of potassium, and it’s a gentle way to start getting some much-needed calories in your system. 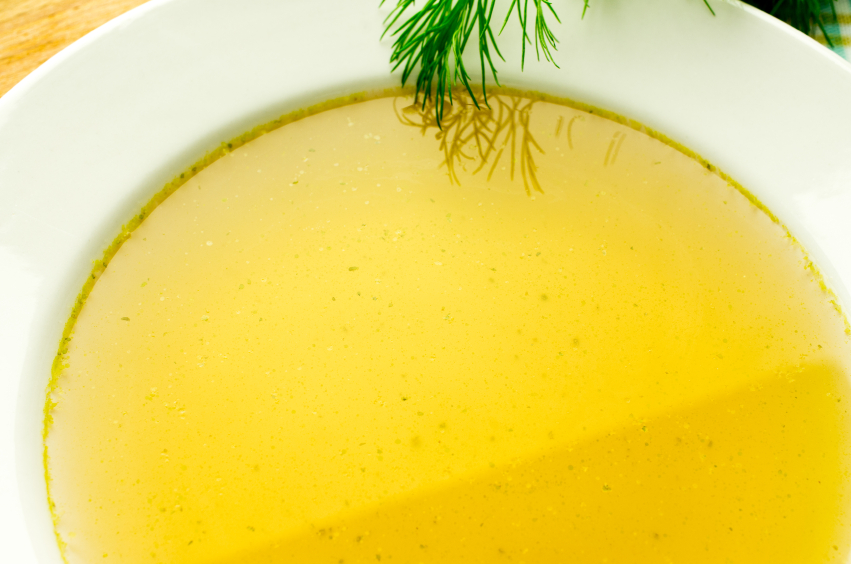 We typically think of chicken noodle soup as a cure-all for any type of illness, but the meat and veggies might be too much to handle in the early stages of recovery. Starting with broth is a better way to go because it’s gentle on your stomach and helps you stay hydrated. SFGate said both fat and salt can exacerbate stomach problems, so stick with low-sodium, low-fat varieties. You can gradually start adding a bit of meat and noodles to the soup after your stomach settles a bit. 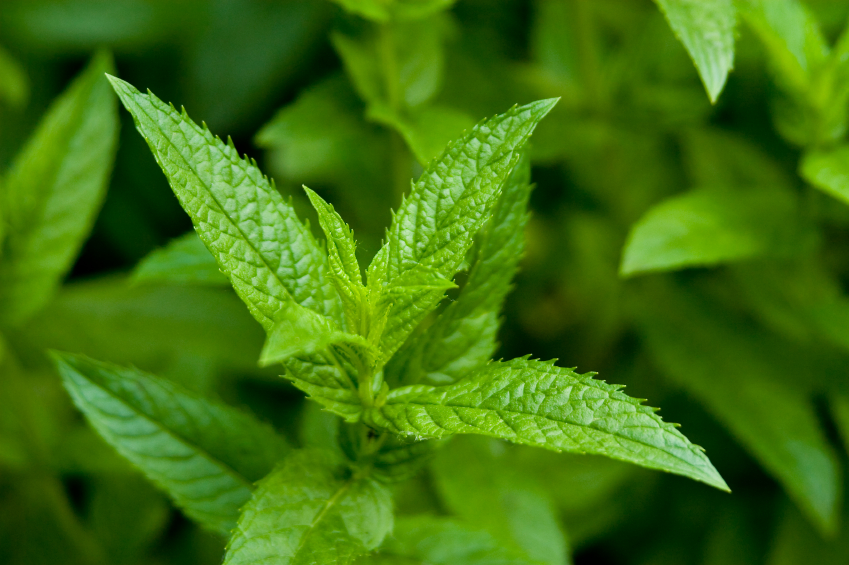 This herb is good for a lot more than making your breath smell fresh. According to WebMD, peppermint slows the movement of your stomach muscles and prevents spasms, which typically contribute to nausea. As with ginger, the easiest way to reap the benefits is to steep this ingredient in hot water to create a tea. The stomach-soothing effects only come from actual peppermint, though, so make sure any purchased teas or candies contain the real stuff.