7 Life Lessons We Can All Learn From Bill Murray 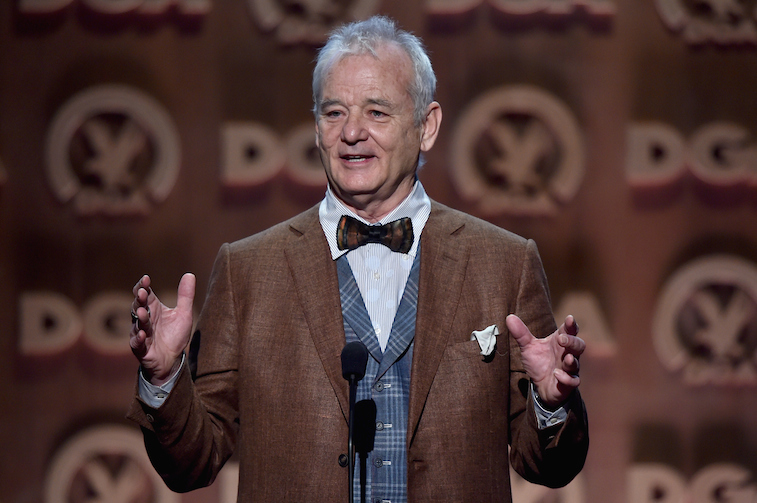 Hands down, Bill Murray has to be one of the coolest guys on the planet. Not only is he hilarious, but this funny man has displayed some seriously impressive acting chops over the years. He got his start at the famed improv comedy club Second City, the incubator of so many comedic greats, and we all grew up watching him and can read off a list of our favorite Murray classics. To celebrate his amazing acting skills and his new holiday movie, A Very Murray Christmas, which was released on Netflix, we’re taking a look at the life lessons that Bill Murray has taught us over the years.

1. Your life is a performance

Two years ago, Murray sat down with Charlie Rose for an hour to speak about his life and enlightened Rose on his (Murray’s) path to self-actualization. Murray covered a lot of topics and shared bits of wisdom he acquired over the years, including this life lesson: “This is not a dress rehearsal — this is your life.”

This should inspire you to face every day with all of the energy you have. The stage is not so different than life; we all perform everyday and as every performer knows, the only way you can stay to true your character (or yourself) is to be fully present in your life. Take care of yourself, be true to yourself, and make every day count.

No matter your job or career, when you start to stress, you have to relax, and take a deep breath. If you’re worked up, you’re not going to be able to do your job properly and you will end up hindering your own success. Murray reminds us that you can only do the best you can do if you’re relaxed while you’re doing it — otherwise, what’s the point?

Someone told me some secrets early on about living. You have to remind yourself that you can do the very best you can when you’re very, very relaxed. No matter what it is, no matter what your job is, the more relaxed you are, the better you are. That’s sort of why I got into acting. I realized that the more fun I had, the better I did it, and I thought, Well, that’s a job I can be proud of. I’d be proud to have that job, if I had to go to work and say, ‘No matter what my condition or what my mood is, no matter how I feel about what’s going on in my life, if I can relax myself and enjoy what I’m doing and have fun with it, then I can do my job really well.’ And it’s changed my life, learning that. And it’s made me better at what I do. I’m not the greatest or anything. But I really enjoy what I do.

3. You’ll know your partner is the one when you start traveling together

Bill Murray is not just a legendary actor and a top notch comedian, but he is a smart man when it comes to life and women, despite allegations of a troubling romantic past. This bit of advice is how to know with certainty that the person you love is the one that you should also marry:

If you have someone you think is the one, take them and travel around the world. Buy a plane ticket for the two of you to travel all over the world, to places that are hard to reach and hard to get out of. And when you land at JFK and you’re still in love with that person, get married.

4. Love is all about respect

As if you didn’t already know, but hear the great Murray out. While promoting Lost in Translation, Murray was asked by an interviewer on About.com about romance. Murray nailed his response, saying without respect there is no love, and of course, there is much more to love than making love.

5. Leave yourself open to magical moments

This one sounds a little funny, but allow Murray to explain. During a Q&A that featured Ghostbusters director Ivan Reitman at the Toronto Film Festival in 2014, Murray imparted a lot of life wisdom to Vulture. Murray told this story: One time, he was in in a cab in Oakland and found out his cab driver was also a saxophone player, but because of his work schedule never got the chance to play. In true Murray fashion, when he found out that the guy’s sax was in the trunk, he made him pull over, get his horn out, and sit in the back while Murray drove the cab. Long story short, Murray spent the rest of the night with the cab driver, allowing him to spend time playing his beloved sax. Had Murray not shown interest in the man or had the time, that moment, that connection, and the fun he had would have never happened. He teaches us to be open and available to different people and experiences:

Try to be alert and available. Try to be available for life to happen to you. We’re in this life, and if you’re not available, the sort of ordinary time goes past and you didn’t live it. But if you’re available, life gets huge. You’re really living.

Murray is all about taking life in and living every moment, and that is very special.

6. Focus on the good and stay positive 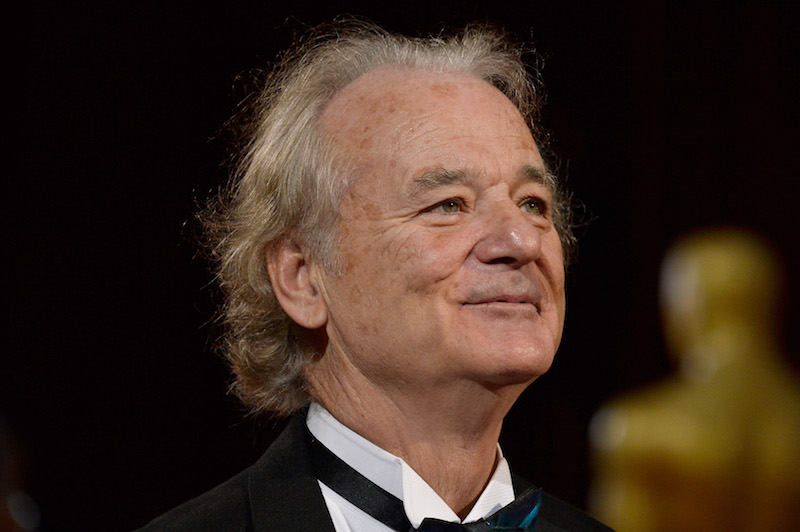 It’s very easy to focus on the bad and your shortcomings. The trick to living a good life is staying positive and remaining hopeful, no matter what. The New York Times asked the actor about the serendipity in his life, wondering how he seemed to keep stumbling from wonderful moment to wonderful moment. Murray chalked it all up to holding on to hope:

You have to hope that [good things] happen to you… That’s the only thing we really, surely have, is hope. You hope that you can be alive, that things will happen to you that you’ll actually witness, that you’ll participate in. Rather than life just rolling over you, and you wake up and it’s Thursday, and what happened to Monday? Whatever the best part of my life has been, has been as a result of that remembering.

7. Leave the past behind

This is one of life’s greatest lessons: leaving the past where it should be — in the past. If you don’t move on and learn from your mistakes, you’ll never be able to do a lot of fulfill your true potential. Reflecting on his early days as an actor during an interview with the Guardian, Murray said he felt as if he “did not start learning” until his Saturday Night Live days. But that didn’t lead him to regret the years or experiences that came before.

“I made a lot of mistakes and realized I had to let them go,” he said. “Don’t think about your errors or failures, otherwise you’ll never do a thing.”