’90s TV and Movie Stars Who Have Made Incredible Physical Transformations

We remember the ’90s in all its flannel, platform sandal, and boy band glory. Though the last few decades have come and gone quickly, many of the stars you watched in your living room and on the big screen in the 1990s are still working today. And some of your favorite celebrities look totally different nowadays than they used to.

From weight loss to cosmetic surgery, here are the stars who made the most dramatic transformations physically. You’ll never believe what some of them look like now.

Roseanne fans remember John Goodman as a large, funny character on the show. But when he returned to the character, he was looking fitter. While he still looks a lot like the actor we all know and love, he showed off his dramatic weight loss in 2016.

The Sun reports Goodman lost around 100 pounds, leaving him much thinner than we remember. He says he decided to make a change when the scale tipped toward 400 pounds and he “got sick and tired of looking” at himself.

Next: This television superstar dropped a huge amount of weight.

We all know Rosie O’Donnell — and we also all remember her gracing our televisions every single day during her years on The Rosie O’Donnell Show. Whether you’re a fan of the TV superstar or not, there’s no denying her physical transformation — especially in more recent years. People reports back in 2013, O’Donnell had gastric sleeve surgery to help with weight loss. And she dropped from 240 pounds to a dramatic 176 pounds after the procedure.

Here’s another daytime talk show host whose physical transformation has shocked us all over the years. ABC News reports Lake weighed 200 pounds when she was just 19 years old, but being a bigger woman seemingly worked for her career. Now, she says she’d much rather be a size six than a size 24. Lake lost 130 pounds and has worked hard to keep it off, too.

Ricki Lake doesn’t support extreme dieting, though, as she’s tried that herself in the past and developed an unhealthy relationship with food. Now, she’s consistent with healthy choices and her lifestyle changes to keep the weight off.

Next: The Cheers actress looks noticeably different than she did in the ’90s.

If there’s anything Kirstie Alley is known for more than her television career, it’s her ever-changing figure. The 67-year-old actress has been a spokesperson for Jenny Craig’s weight loss program in years past, and in 2015, we all saw the results of her efforts. Closer Weekly reports Alley shed 50 pounds and is “much more disciplined” in her eating habits than she used to be. “I’m active, I’m in life again, I’m in motion!” she says in regards to her new body.

Next: She’s known for her successful TV career — but also for her fluctuating weight.

Left: Oprah during one of her heavier years. | George De Sota/Getty Images, Right: Oprah showing off a hot body she earned through hard work and dieting. | Stephen J. Boitano/Getty Images,

One of the most beloved talk show hosts of all time, Oprah’s ever-fluctuating weight has been a topic of discussion for years. Her history of crash dieting and other attempts at quick weight loss, like running nearly seven miles a day, have allowed her to lose weight in the past. But she’s continually gained it right back.

In more recent years, Oprah’s achieved peace with her body. And though she’s more accepting of herself than ever before, she’s still managed to lose over 40 pounds with Weight Watchers since 2015, says E! News.

Next: We can’t believe what this ’90s star looks like today.

Left: Drew Carey in the early 2000s. | Kevin Winter/Getty Images, Right: Drew Carey looking younger and fitter than ever in 2016.

We have a clear image of what Drew Carey looks like from back in his ’90s heyday on The Drew Carey Show. Now when we look at the new star of The Price Is Right, we barely recognize him. Parade reports Carey says in the ’90s, he was “eating a lot of garbage” and “drinking a lot” — and he also wasn’t mentally at his best, either. Now, he’s lost around 100 pounds by changing his relationship with food. And it’s also resulted in him being able to control his diabetes without medication.

Next: This Baywatch beauty looks totally different nowadays due to possible plastic surgery.

We know her for her blonde hair and signature beach body, but lately, Pamela Anderson has looked way different than we remember. Life & Style reports in 2017, Anderson attended an event where she totally stripped down her look. She didn’t sport her signature heavy makeup or hair extensions and instead went for a softer look. And she looked so different, in fact, that many believe she got plastic surgery on her face.

We’re not sure what the whole truth is, but Anderson’s facial features sure look different to us.

Next: This ’90s television star struggled with her weight her whole life. See what she looks like today.

She’s known for her many TV appearances in the ’80s and ’90s — and you may even remember her on network television programs like Touched by an Angel or Café Americain. While she was petite back in her heyday, she ballooned to a whopping 175 pounds in 2012, Radar Online reports. Since then, Bertinelli has gone through periods of losing and gaining weight, but her friends are worried her fluctuating weight loss is putting a major strain on her heart.

Today, the star says she’s not too concerned about her weight fluctuating, as she’s happy and at peace with her ever-changing body.

Next: This TV host and singer has had multiple surgeries over the years.

This star rose to fame in the ’90s with her talk show, but that’s not all she’s known for. In 1999, Carnie Wilson underwent gastric bypass surgery and lost plenty of weight. Daily Mail Online reports she dropped 150 pounds in 2000 following the procedure, and she looked thinner than anyone had ever seen her.

Much to her dismay, Wilson couldn’t keep the weight off and ended up gaining much of it back, The Huffington Post reports. In 2012, she got a stomach-shrinking surgery to help her keep off the excess pounds once more, and her look continues to change year after year.

Next: This star’s recent look has many believing she underwent plastic surgery. 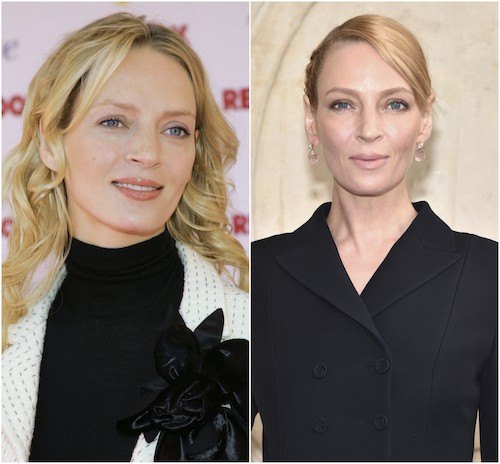 Back in her Pulp Fiction days, Uma Thurman was known for her fashion model and socialite status. The 6-foot-tall beauty is still working today as a successful actress — but in the last few years, fans have noticed she looks nearly unrecognizable. Daily Mail Online notes experts see a difference around her eyes and forehead, leading them to believe she’s had work done. And at a premiere party in 2015, she could barely offer up anything other than a tight-lipped smile, which also seemed odd. Some even believe she’s starting to look like Tilda Swinton.

We remember her for her iconic role on Friends, but last year, Courteney Cox admitted she’s not too thrilled with a few of her plastic surgery choices. And in 2016, fans noticed Cox’s altered look more than ever before. Life & Style reports Cox says, “I was trying so hard to keep up, I actually made things worse” when it came to getting fillers in her face. She says she didn’t realize how severe the changes were because they happened so gradually, and she chose to have the fillers dissolved after seeing the drastic results.

Next: This ’90s child star looked dreadfully thin for many years. 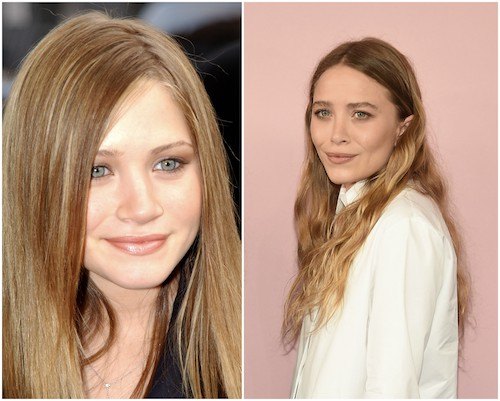 She was first recognized for her childhood role on Full House — but in the early 2000s, she was known for something else. Mary-Kate Olsen battled anorexia and was hospitalized in 2004 for the condition, E! News reports. And for years before and after the star-turned-fashionista’s battle with her eating disorder went public, tabloids and magazines speculated on her skinny frame.

Today, many fans still think Mary-Kate is on the edge of too thin. But she seems to be happier and healthier than before.

She got her start in the ’90s and is still a big-time movie star today. And while Renée Zellweger has always had her signature look, fans were confused when the Bridget Jones star stepped out with a totally new appearance. The Hollywood Reporter says Zellweger maintains she didn’t have work done. But judging from recent photos, many fans believe she had cosmetic surgery, especially around her eyes.

Next: We barely recognize this golden child of the ’90s when we see him today. 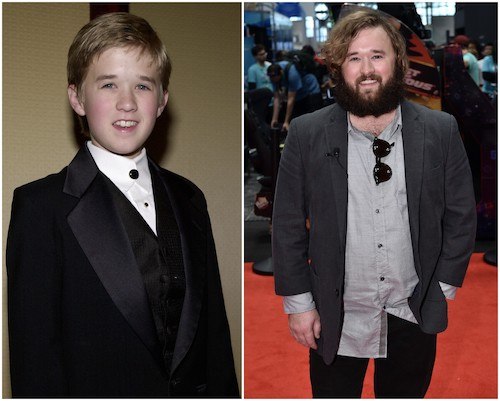 From seeing dead people to paying it forward, Haley Joel Osment proved he was a ’90s force to be reckoned with. Once he grew a bit older, many forgot about the once-great child star — until recently, that is. Osment has made appearances in many movies, but because he looks so much different than expected, you may have never noticed. E! News shows the weight he gained a few years back for a movie role. Since then, it doesn’t look like he’s dropped the pounds, either.

Next: The Saved by the Bell actress changed her looks dramatically.

You may remember her for her many iconic roles starting in the ’90s. But today, Tori Spelling is known for her plastic surgery — much of which she’s spoken publicly about. OK! Magazine reports Spelling has discussed her nose job and many chemical peels and laser treatments in the past. And she’s not too pleased with the results of all the cosmetic work, either. One source even says Spelling herself thinks she looks like a wax figure.