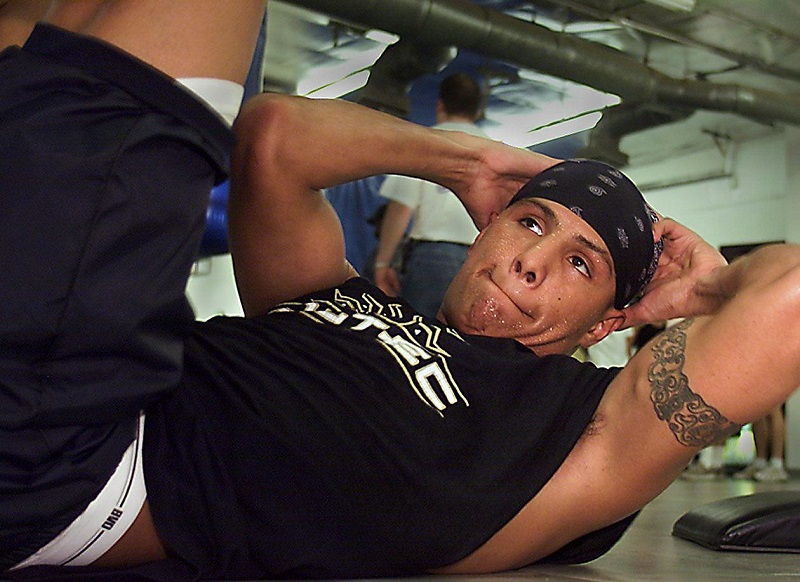 A lot of people hate exercise, and for that reason, look for any way to shorten the duration, or skip it altogether. We try similar tactics with diet and nutrition, by subscribing to diets or habits that are completely unsustainable, or that turn out to be complete busts. If only there were a way to make everything easier — say, make a magic diet pill, or create a one-minute workout.

Well, there are no magic diet pills (no matter what you see and hear on Facebook, or from your pyramid scheme-inclined family members), but a one-minute workout? There may be something to that. Seriously.

Researchers at McMaster University — a public college in Ontario, Canada — have found that you can seemingly pack a whole lot of exercise into a relatively small amount of time. The trick? Brief bursts of intense physical activity. Or, in other words, going all-out, full-boar, beast mode for a very short period of time, rather than working out or exercising at a more leisurely pace for extended periods.

“This is a very time-efficient workout strategy,” says Martin Gibala, a professor of kinesiology at McMaster and lead author on the study in a press release. “Brief bursts of intense exercise are remarkably effective.”

Now, before you get too excited, this study was very limited in a number of ways. It only looked at a small handful of people over a relatively short period of time, and used only a few key variable indicators to measure results. With that said, there were still some interesting findings. By having 27 men — all of whom were “sedentary” — split into groups and engage in sprint interval training (short bursts of intense exercise) and moderate intensity continuous training (less intense exercise over longer periods), researchers were able to compare and contrast the impact of each method on total fitness.

So, there you have it: a one-minute workout that evidently had the same effect as a much longer one. That’s good news if you’re strapped for time, or even just lazy. If a solid, real workout could only take a short period of time, as this study seems to suggest, then a lot more people would be able and willing to engage in exercise.

But again, we have to stress that this was a small study, and there is a lot more work to be done. The results are promising, and easy to get psyched about. But if you’re serious about getting in shape and improving your overall level of fitness, you can be damn sure that you’re going to dedicate more than a few minutes of your day to working out. And don’t forget that exercise is only one of a few things that will determine how health you are — the other being sleep, and a healthy diet.

No, you won’t be able to eat garbage all day, walk around in a caffeine-fueled haze, and stay up until 3 a.m. every night playing Call of Duty, just as long as you manage to get some quick sprints in. It doesn’t work like that. But what we could be looking at in the future are workouts and exercise routines designed with a much more streamlined approach in mind, and ones that may be done with less equipment and in less time.

The other thing to consider is what goals you’re actually trying to reach. You’re definitely not going to be building muscle, or melting several pounds of fat by doing a few minutes of quick-burst exercises. Study the differences between types of exercises, like cardio and weight lifting, and do what you can to build a serious workout plan based on your goals and what resources you have available.

As more data becomes available, perhaps we’ll see trainers and fitness professionals incorporate shorter workouts and exercises into the mainstream. One-minute workouts are still a dream, unfortunately. But it does appear that they could be at least somewhat scientifically viable.