If you’re a vegan, especially one who loves to hit the gym, you’re probably sick of hearing this question: “How the heck do you get enough protein?” Just because your diet lacks animal products doesn’t mean you can’t get the protein you need to build muscle. Turns out Popeye knew what he was doing when he pounded down spinach to put on pounds of muscle –­­ veggies and other components of a plant­-based diet are often packed with protein. So when it comes to bulking, you don’t need to stick with the classic lean-meat ­regime in order to build muscle, just slightly modify your existing vegan diet.

According to Livestrong, it’s more than possible to bulk up as a vegan, as long as you increase your daily calorie and protein consumption. Livestrong recommends a diet consisting of 50% carbohydrates (for energy), 30% protein (for muscle synthesis, repair, and recovery) and 20% fat (for calories, hormone production, and vitamin absorption). Of course, since you’re bulking, you’ll need to consume significantly more protein than the average person to gain excess mass. Livestrong suggests 2 grams protein per kilogram of body weight as a way to reach your optimal bulking potential.

Since protein is especially precious in this fitness scenario, don’t forget that timing is key when it comes to getting built. According to Men’s Health, you should split up your protein intake: half 30 minutes before a workout and half 30 minutes after. And make sure to throw in some carbs beforehand, to slow protein breakdown and optimize muscle growth. While it may seem like a daunting task to add so much extra protein to your meat-­free lifestyle, don’t worry! Here are five vegan-­friendly foods to beef­-up (hypothetically, of course) your diet. 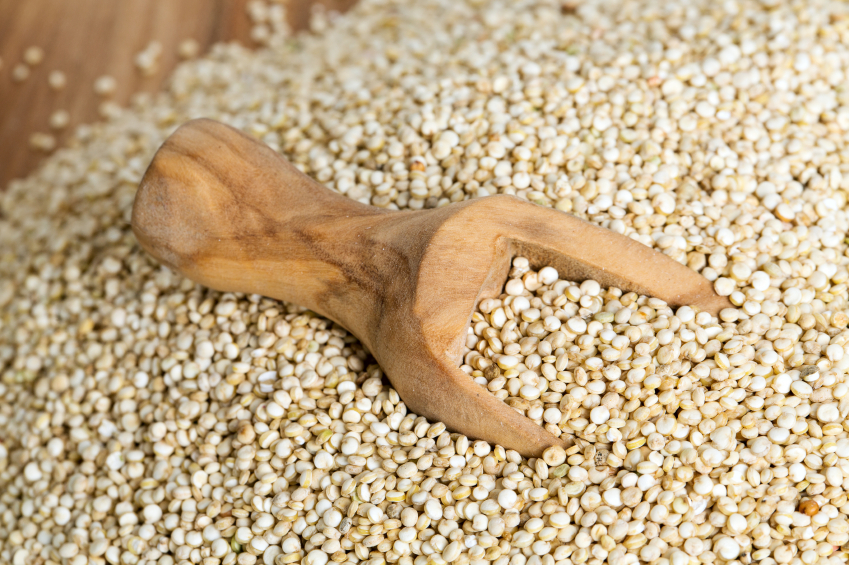 By now, you might be sick of hearing about this superfood. But for a vegan trying to bulk up, quinoa is a must. Not only does it give you 8 grams of protein per cup, but it’s also packed with nutrients like fiber, iron, magnesium, and manganese. And it’s a grain, so you’ll get both protein and carbs from one source. Since quinoa is super versatile, it’s really easy to sneak more of it into your diet. Try eating it for breakfast as an oatmeal alternative, topped with fresh fruit and hempseeds. And speaking of hempseeds… 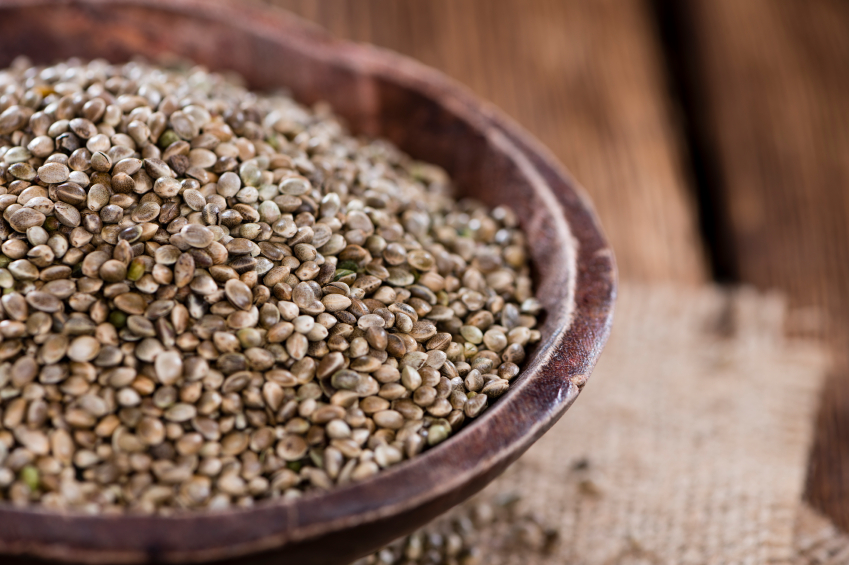 Hempseeds are a great source of protein! According to Men’s Fitness, these little seeds pack in 13 grams for every ¼ cup. Hemp also boasts all nine essential amino acids along with a solid amount of magnesium, zinc, iron, and calcium. Greatist.com points out that these little seeds are full of omega‐3s, which will help elevate your mood and fight depression, keeping you motivated to work out and bulk up. Hempseeds are one of the easiest high-protein foods to incorporate on a daily basis. Add them to your smoothies, throw them on top of cereal, or sprinkle them over a healthy salad for an added punch of protein.

As Livestrong says, vegetables are a low‐calorie food, so it’s difficult to rely on them as your primary protein source while you’re trying to get bigger. However, when it comes to choosing the best veggies to optimize protein‐intake, peas should be your go‐to. Green peas pack a whopping 8 grams of protein per cup, according to Fitness Magazine’s research on surprisingly high‐protein foods. They’re also a nutrition powerhouse, says WebMD, loaded with fiber plus vitamins A, B‐1, B‐6, C and K. Bring on the peas please! 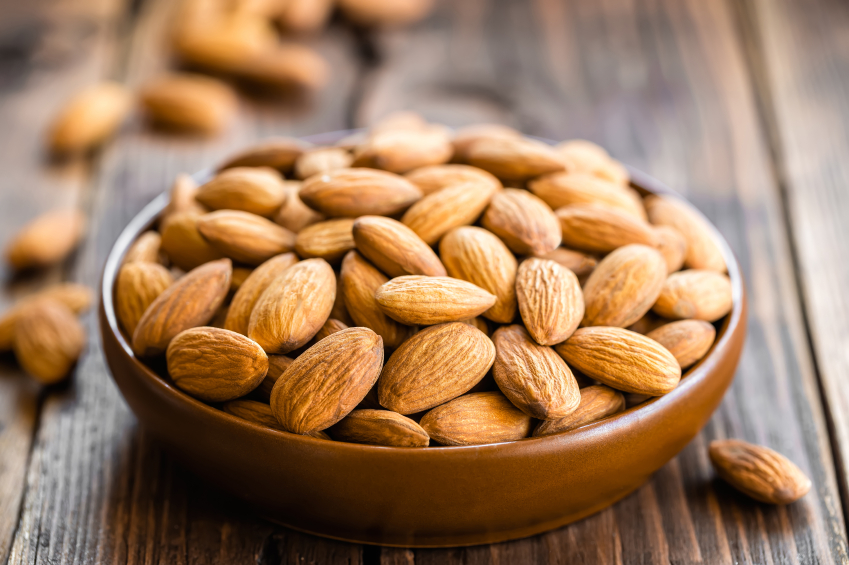 Men’s Health has deemed these nuts one of the best protein‐packed foods to sneak into your diet, and for good reason! They contain a hefty 6 grams of protein per ounce (approximately one handful or 2 tablespoons of almond butter). Not to mention, there’s other nutrients like vitamin E, fiber, and B vitamins hiding in these bite‐sized snacks. Cooking Light points out that almonds even reduce heart disease ‐‐ so it’s difficult not to go nuts for this healthy vegan‐friendly option. Bring a bag of almonds with you to snack on throughout the day, or try smearing almond butter on toast with banana for breakfast or a pre‐workout snack. 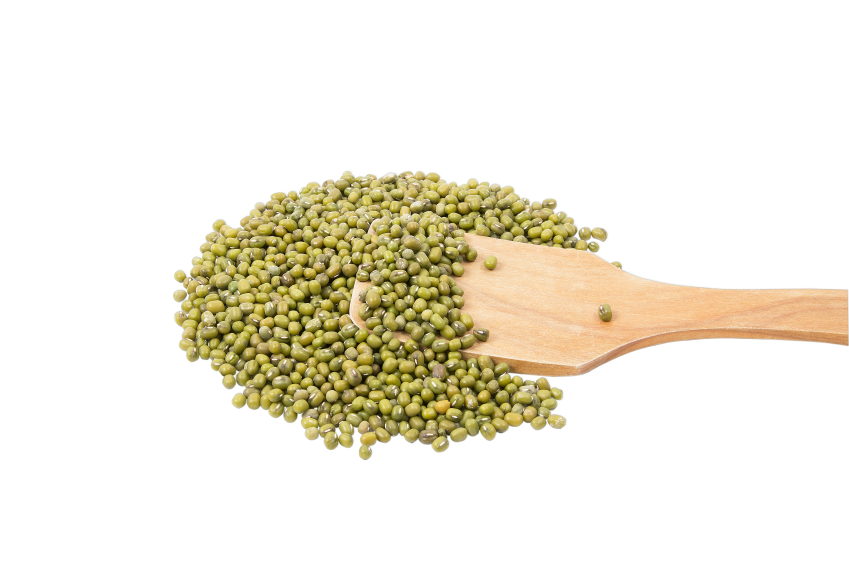 Last but certainly not least: lentils! Countless sources, including Men’s Health and Men’s Fitness agree, lentils are an essential component of any protein‐filled diet, vegan or otherwise. Surprising as it may be, lentils contain 18 grams of protein per cup. Cited by Men’s Fitness as a top muscle-building food, lentils are also an easy way to get your carb fix with nearly 40 grams of protein per cup.

So next time any critics ask about how you get enough protein, just let your muscles do the talking.