Queen Elizabeth II loves her dogs, the ongoing Netflix series about her life, and of course, her long-time husband, Philip. Their love story (Elizabeth’s and Philip’s, not the corgis) is anything but fictional — and it began much earlier than many realize.

The two met and fell in love at a surprisingly young age. Here’s the story of how they came together, and how they’ve managed to stay together for decades.

Queen Elizabeth and Prince Philip have been married over 70 years The royal couple has been together 70 years and counting. | British Monarchy via Instagram

The two were married at Westminster Abbey on November 20, 1947. Two thousand invited guests watched, while over 200 million people listened to the ceremony via radio broadcast. Elizabeth was 21 at the time, but had known Philip long before even their initial engagement.

Next: Elizabeth and Philip aren’t just husband and wife — they have another family tie. 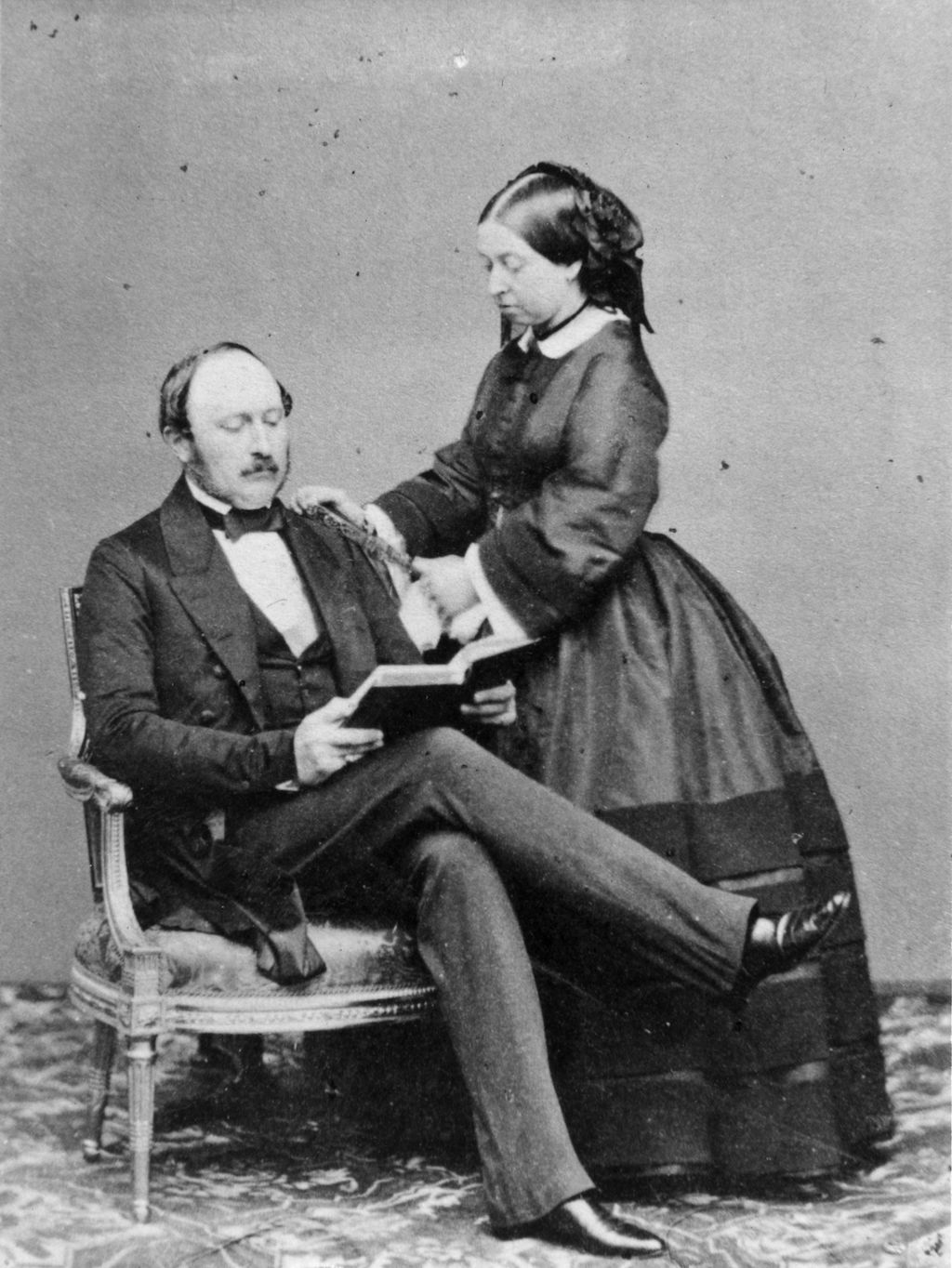 Elizabeth and Philip share the same great-great grandparents, Prince Albert and Queen Victoria. It wasn’t at all frowned upon for cousins of this degree to fall for each other. They actually met several times at family gatherings before their love story truly began.

Next: Family members knew Elizabeth had a crush on the prince.

They first met when she was 13 years old 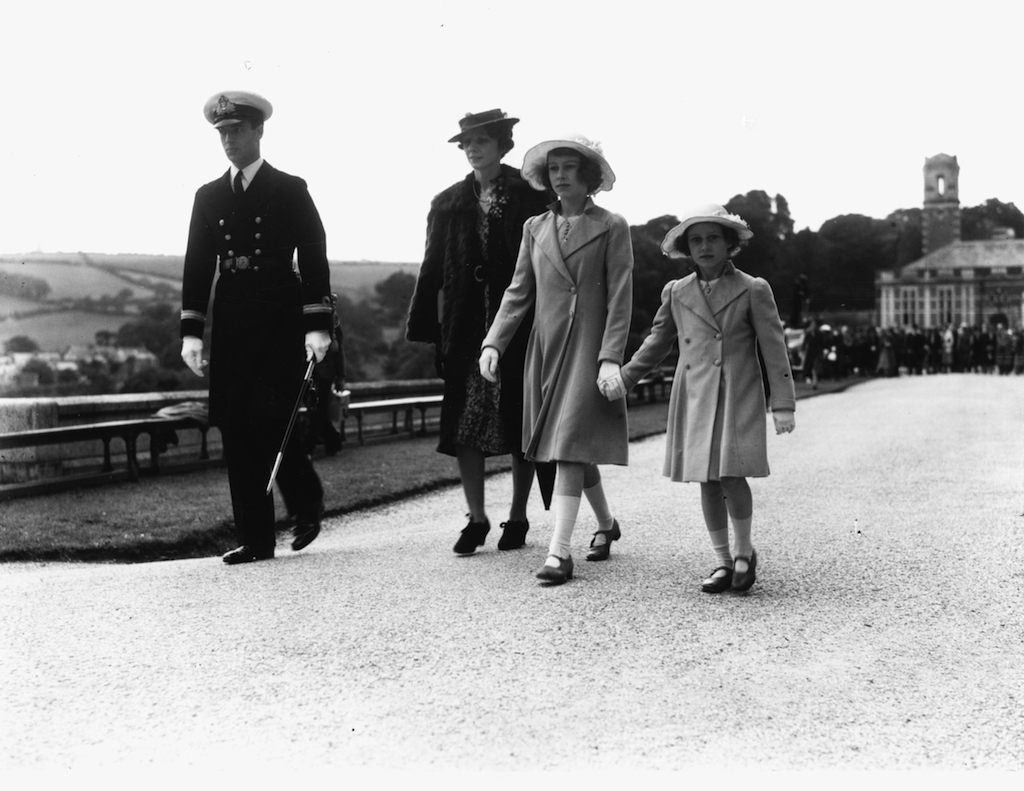 Princess Elizabeth in 1939, the year she met Philip. (Photo by A. J. O’Brien/Fox Photos/Getty Images)

Philip was invited to attend lunch with the royal family when Elizabeth was only 13 years old. Neither the princess nor the prince — one day the Queen and Duke of Edinburgh — had any idea that day would change everything.

Next: The princess was smitten — but did Philip feel the same spark?

She never took her eyes off him … 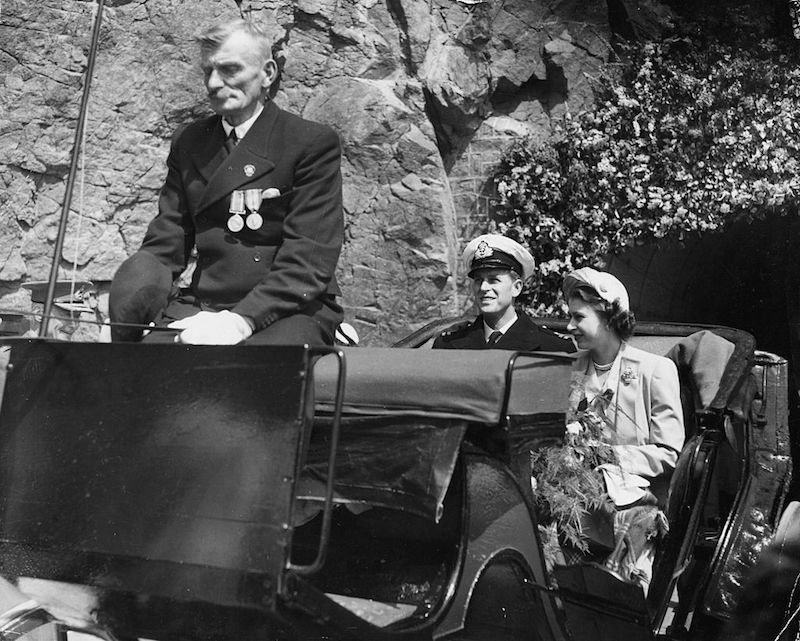 Princess Elizabeth and Prince Philip, the Duke of Edinburgh, riding in a carriage at they tour the island of Sark, Guernsey, circa 1948. | Central Press/Hulton Archive/Getty Images

He was 18 at the time, and despite their obvious difference in age, Elizabeth couldn’t stop looking at him. Her governess recalled that the princess barely paid any attention to anyone else, though Philip may not have noticed.

Next: Was Philip clueless, or just stubborn?

… but he barely noticed her 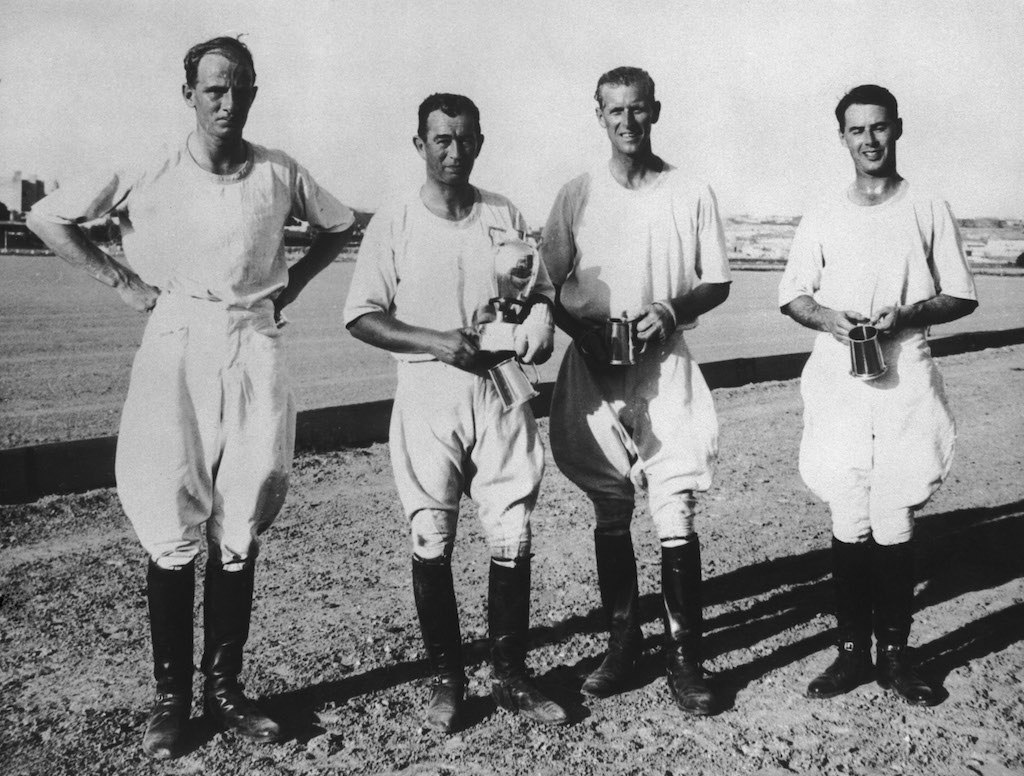 The public has always recognized that the duke appears to have a hard emotional exterior, which Elizabeth would eventually see through on her way toward falling for him. Both his age, upcoming military service, and rough childhood likely all contributed to paying his future wife little attention — at first.

Next: It all began with a series of love notes.

They fell in love over letters 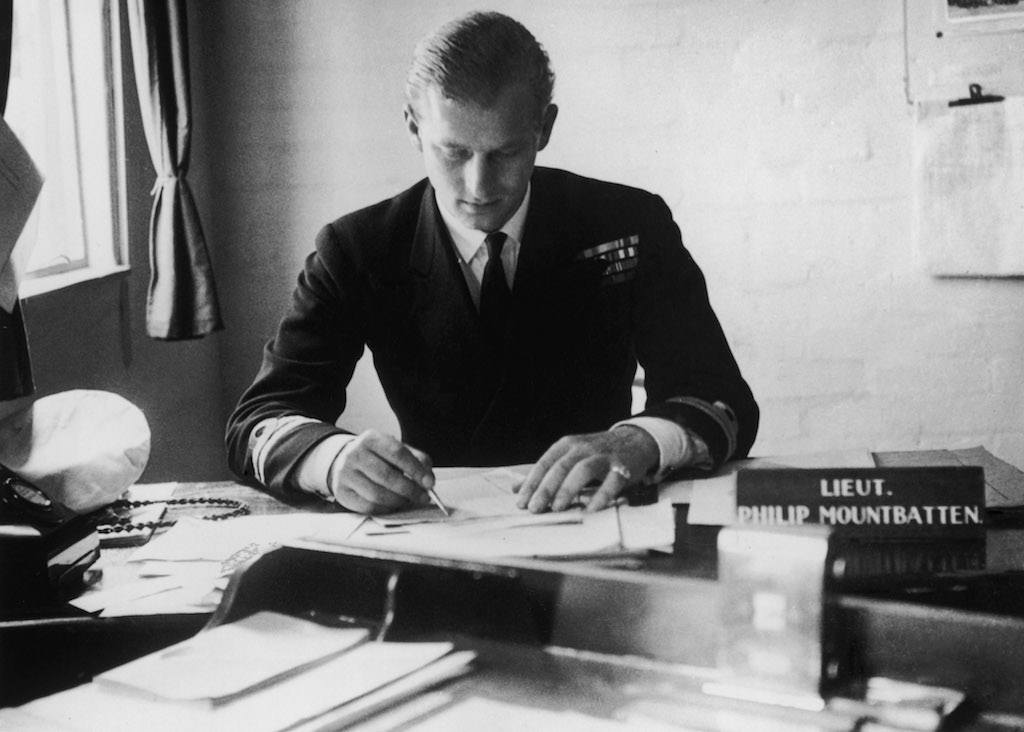 Philip had a long career in the navy. | Douglas Miller/Keystone/Hulton Archive/Getty Images)

Elizabeth and Philip corresponded back-and-forth through letters while he was off at sea. His service in the Royal Navy played a major part in their relationship even after their first child was born, but it started when she was still a teenage princess.

Next: Did Elizabeth’s parents approve of their budding romance?

The king and queen thought she was too young for him 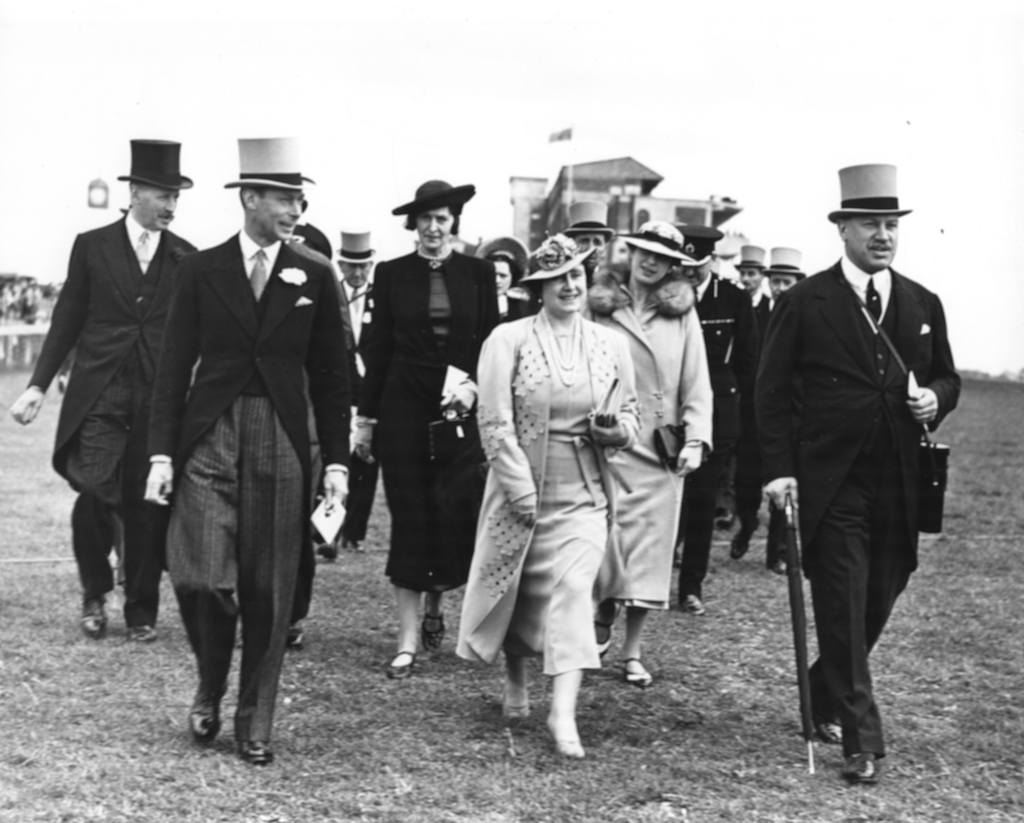 George VI and his wife Elizabeth first noticed the potential romantic connection between Elizabeth and Philip when he visited the family on leave. She was 17 then, and both agreed she was still too young for a suitor. The two kept in touch anyway.

Next: Behind closed doors, Philip was a hopeless romantic.

She saw in him what others couldn’t 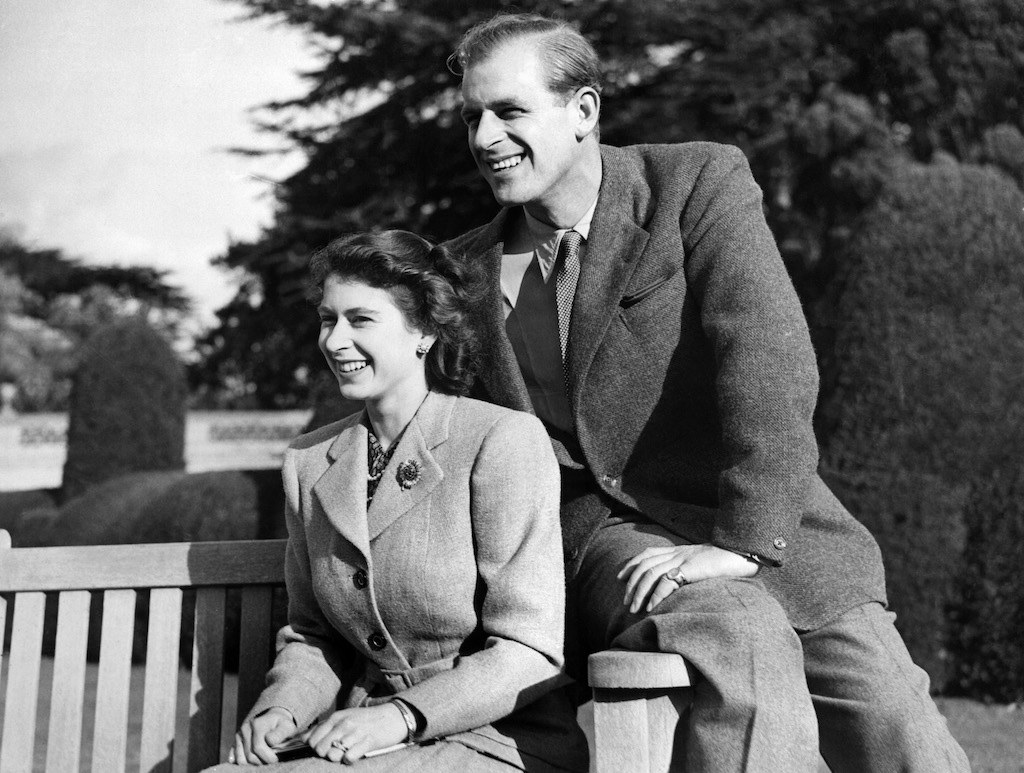 Philip had a rough childhood and a poor relationship with his father, Prince Andrew. Hardship forced him to grow up young, which often left him seeming closed-off to those around him. Elizabeth fell for him anyway, seeing past his “shell” to the gentler man underneath it.

Next: This quick decision led to a secret wedding engagement.

She agreed to marry him without asking her parents first 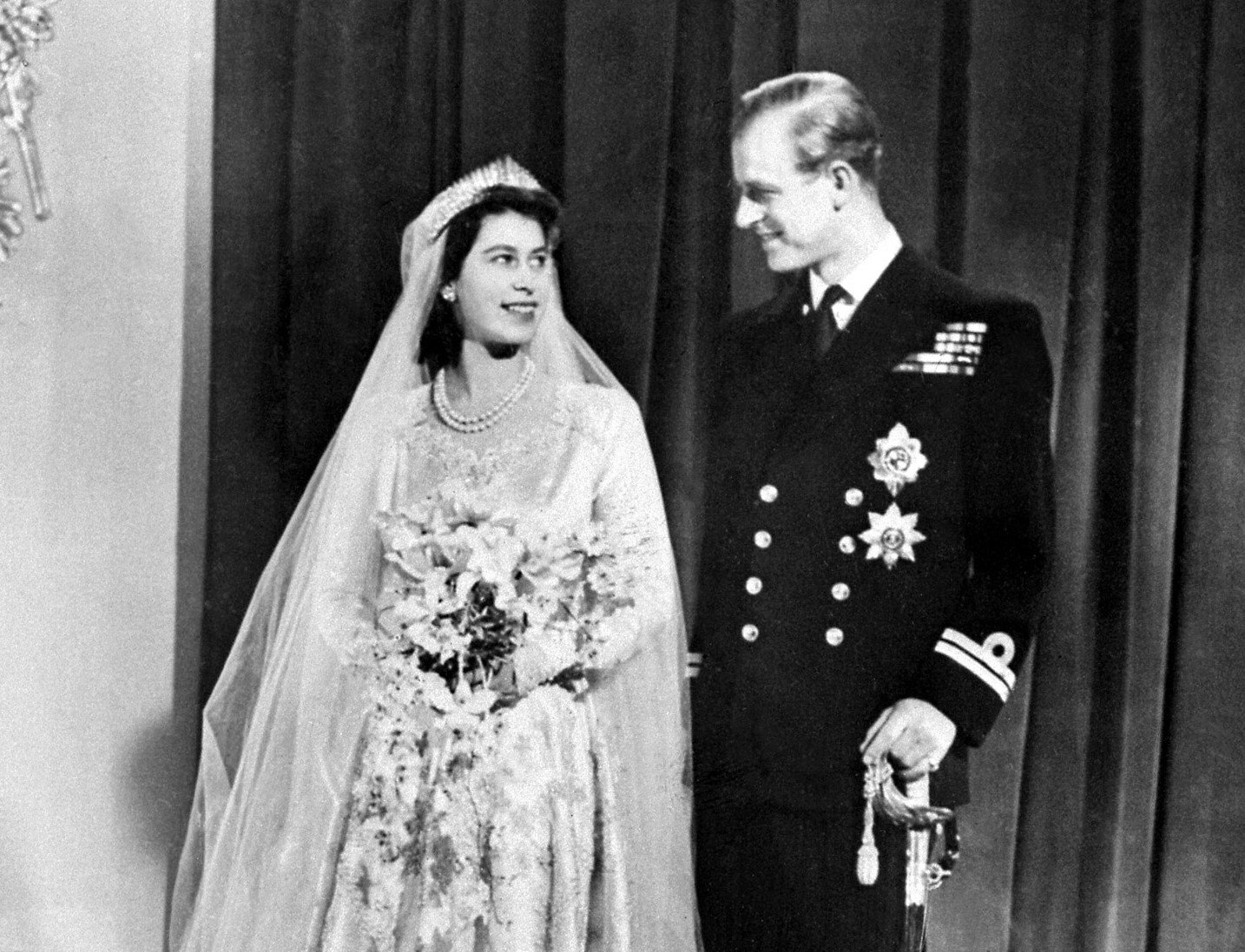 When Philip proposed in the summer of 1946, and Elizabeth accepted immediately. After the fact, King George allowed the engagement to continue — as long as the couple held off an official announcement until after Elizabeth turned 21.

Next: They hid their engagement (almost) perfectly.

They kept their engagement secret — but almost got caught 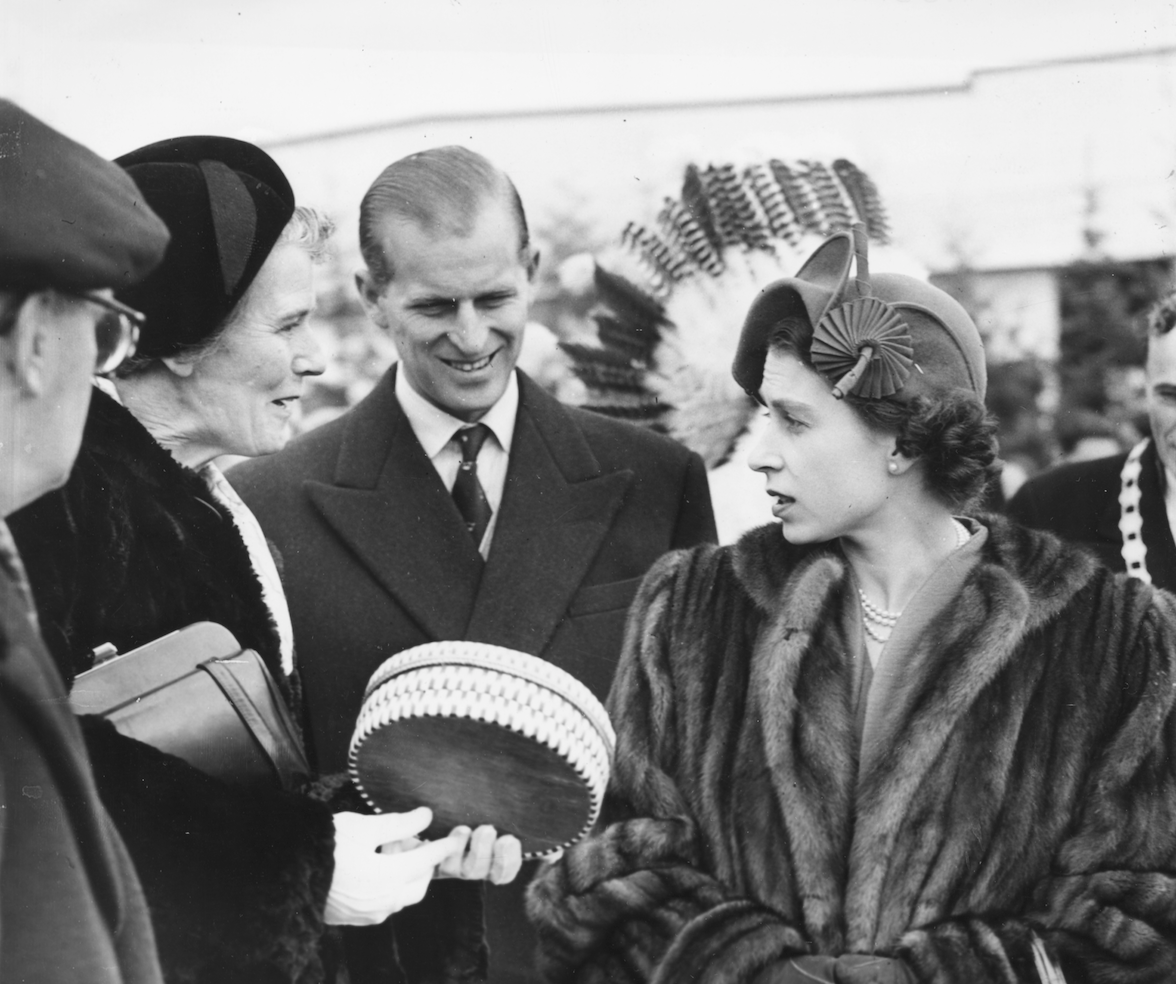 The couple managed to keep their PDA to a minimum in an effort to keep their engagement secret for as long as they could. A moments-long gaze between the two almost broke the news early, but they waited to make the official public announcement until July 1947.

Next: Prince Philip quit this habit to please the future queen.

Philip quit smoking for her 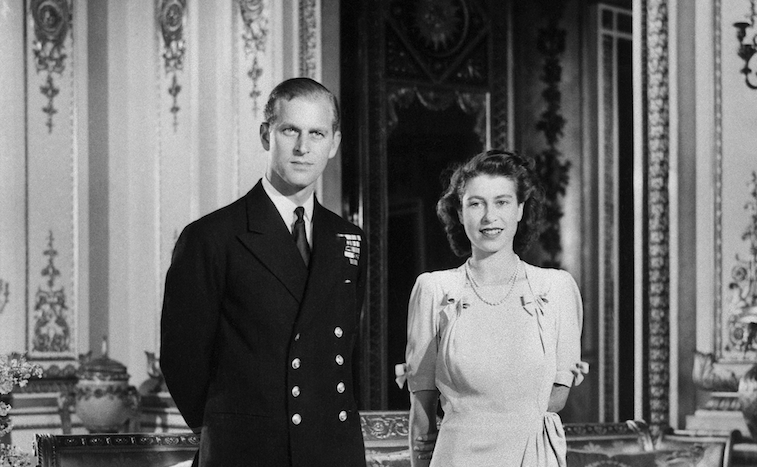 All marriages require compromise, but Philip made this choice completely on his own. He recognized that the king’s addiction to cigarettes really bothered Elizabeth. So he just stopped smoking one day without complaint to make her happier.

Next: A good husband always has flowers handy.

He brought her roses after Charles was born 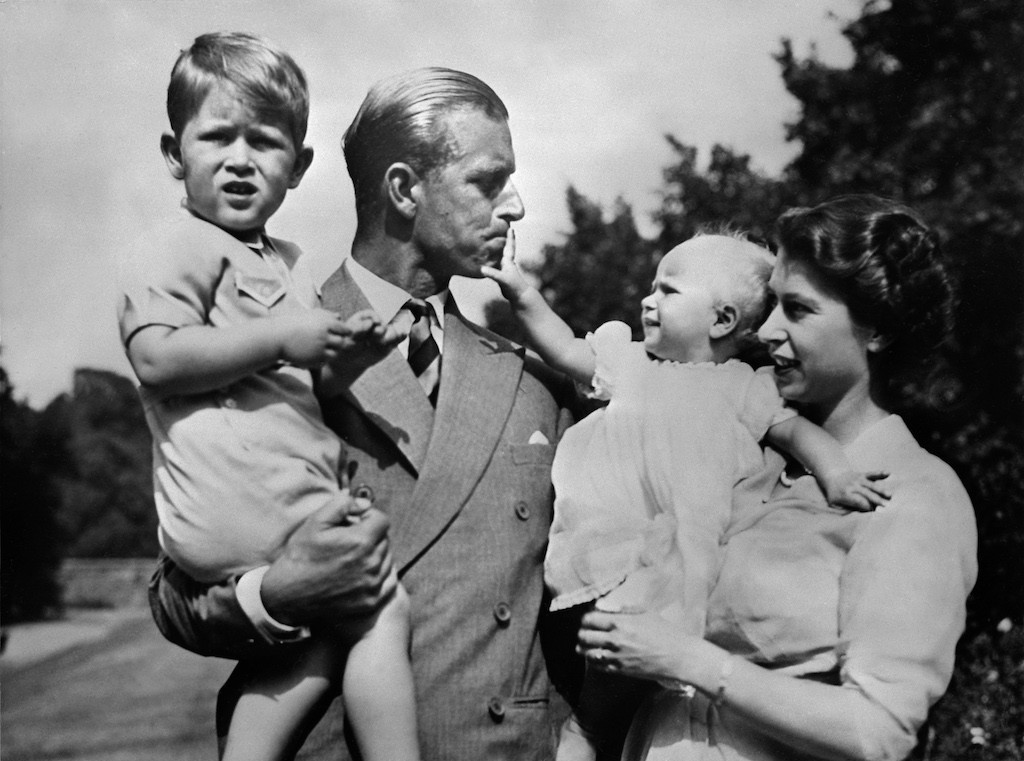 The couple’s first child and male heir to the throne, Charles on his own was enough of a precious gift. Philip also brought Elizabeth roses, carnations, and a kiss as an added gesture of affection, which she probably appreciated.

Next: Elizabeth didn’t want to spend time apart from Philip.

When he returned to the Navy, she followed him 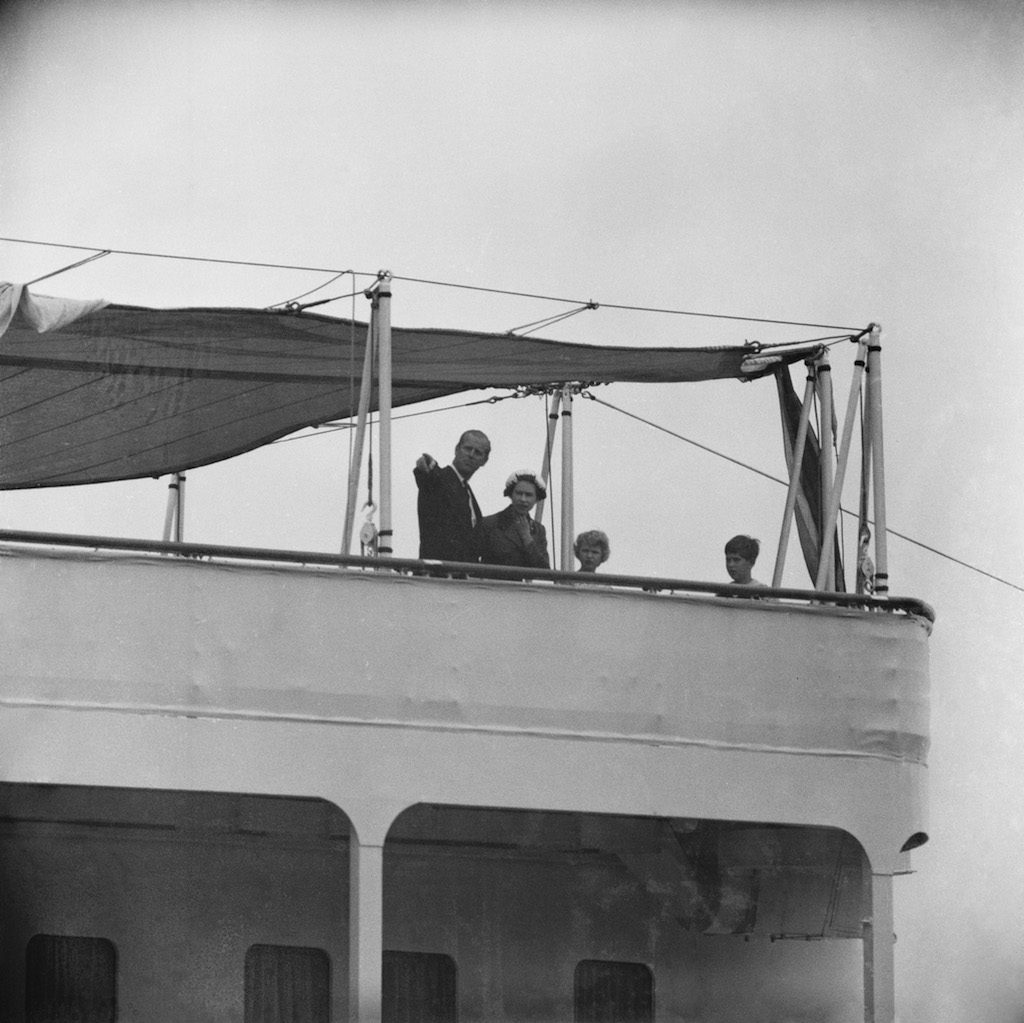 They first began to fall in love while apart, but she chose not to spend months away from him when he returned to the Navy. On two separate occasions, Elizabeth accompanied her husband out to sea when their children were still young.

Next: One of Elizabeth’s earliest decisions as queen could have destroyed their marriage.

He’s supported her even when they disagree 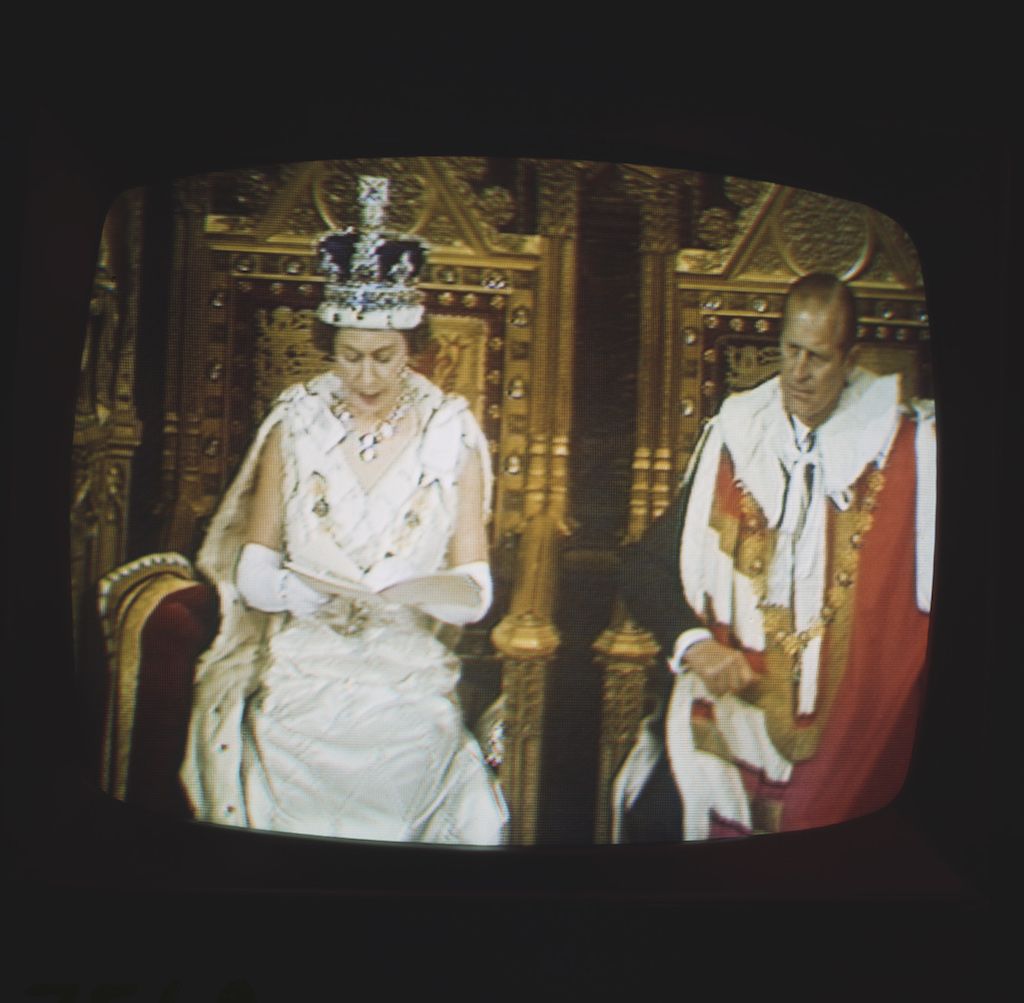 The televisation of the State Opening Of Parliament in the House of Lords, London, 2nd July 1970. Queen Elizabeth II makes the Queen’s Speech, with Prince Philip, the Duke of Edinburgh, sitting next to her. (Photo by Fred Mott/Evening Standard/Hulton Archive/Getty Images)

Elizabeth became queen following her father’s death in 1952. She immediately chose to keep her father’s name (Windsor) instead of Philip’s (Mountbatten). This would upset him for years to come, though he still took on his new role as consort — and that of her husband — in show of eternal support for her.

Next: Elizabeth, too, has shown her affection for him in small but impactful ways.

She named their second son after Philip’s father 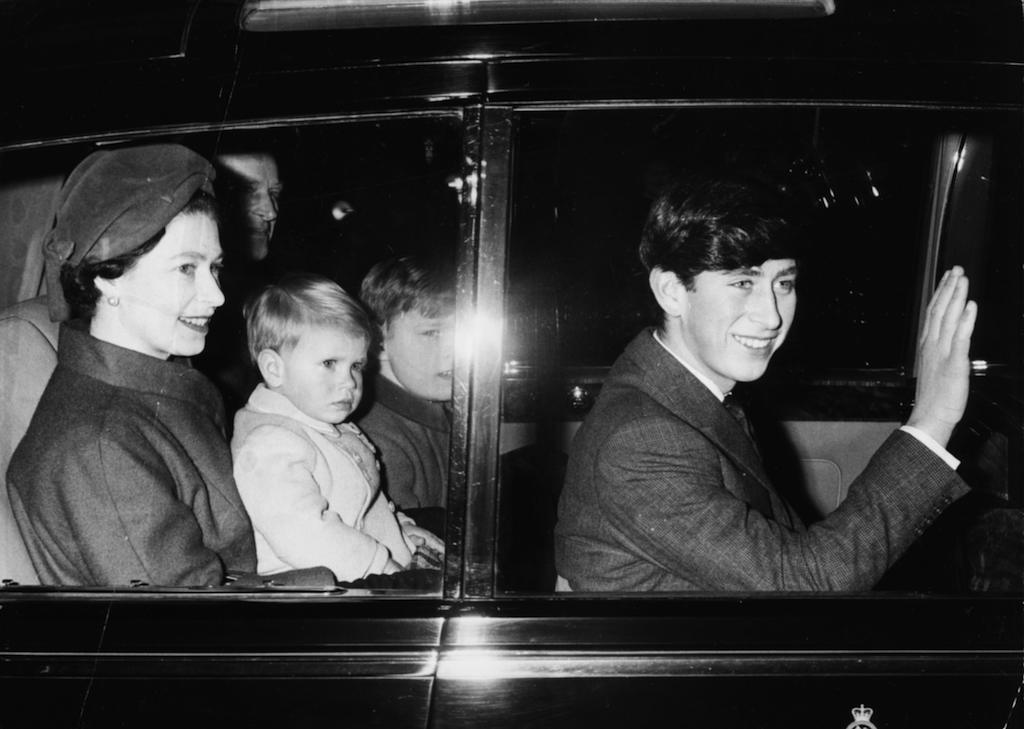 In 1960, Elizabeth and Philip had their third child and second son. She named him Andrew, after Philip’s father, who he had lost over a decade earlier. It was a small gesture, but she made the decision out of love for the man she remains beside today.