After Rehab and Threatening to Kill the Police, This ‘Real Housewives’ Star Is Trying to Get Her Life Together

When de Lesseps was engaged, she was on cloud nine, even though she wouldn’t listen to her friend’s pleas to address numerous cheating rumors floating around the city about D’Agostino. However, by the time de Lesseps came down to reality, it may have been too late for her mentally. Here’s what we know (page 6 is pretty brutal).

The couple called it quits after an entire season of de Lesseps gushing about her husband amid cheating rumors. During her one-on-one interview with Bravo’s Andy Cohen, de Lesseps reveals the final straw that broke her marriage.

“It was like the weekend before the reunion basically, and Tom went out and he called up an old girlfriend and they met up with a group of people and I didn’t know about it,” US Weekly recounted. “I found out about it the next day in the press, so that for me was, like, the final straw. I was like, ‘I can’t do this anymore.’”

Next: D’Agostino distances himself from the rumored cheating. 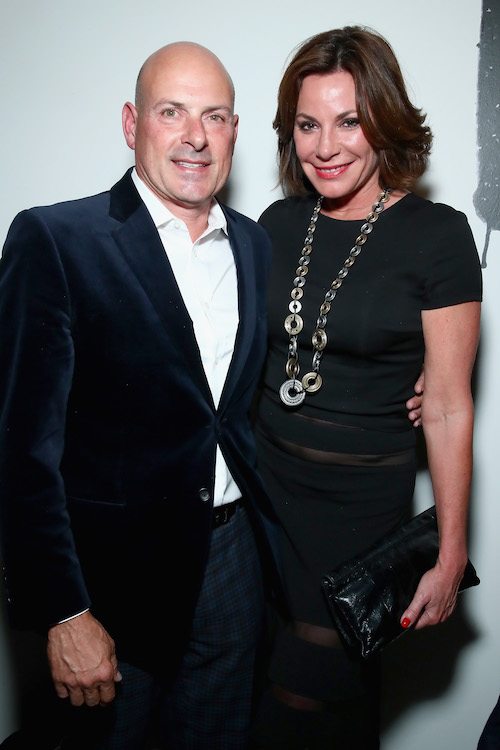 D’Agostino blames reality TV as being the catalyst to the demise of his marriage. “I fell in love, got married quickly and am very sad that two people in love are not together,” he said to E News. “The publicized reasons for the divorce make for a great Reality TV story line. I wish Luann much happiness and love.”

3. She claims to have no regrets

De Lesseps put on a brave face when discussing her divorce. “I don’t regret it, I don’t take the pictures down, I’m not that kind of person,” she told E News. “I don’t, you know, live in the past. It’s part of my life and that’s how I live. I live adventurously, I live with love and I’m not afraid to love either, I’, not afraid to take chances and live my life.”

Next: And she was fine. Until she wasn’t.

4. Her Christmas Eve was one for the books

“Memories from that day came flooding back, she was emotional and her behavior was out of character,” the source added.

Next: The countess did something really uncool.

5. She was arrested after being found in someone else’s hotel room with a man

She got into trouble with the law. | Slaven Vlasic/Getty Images

Fueled by alcohol, de Lesseps and a mystery man were found in bed in a hotel room registered to neither party, according to Page Six. They were asked to leave but the cops came when their request wasn’t honored. Then things got ugly.

Next: This is why de Lesseps is in so much trouble.

6. This probably isn’t included in de Lesseps’ book on manners

Once de Lesseps realized the police had arrived, she opened the door only to push one of the officers and slam the door in his face, hitting him in the head, according to Page Six. Once de Lesseps was in handcuffs she screamed, “I’m going to f–king kill you” multiple times while on her way to the Palm Beach police station.

De Lesseps pleaded not guilty to a slew of charges including battery on an officer, disorderly intoxication and resisting arrest, People reported.

Next: The arrest was eye opening.

7. She went to rehab after the arrest

Upon her release, de Lesseps entered rehab and told People:

After the events of last Saturday night in Palm Beach, I am truly embarrassed, I have decided to seek professional guidance and will be voluntarily checking into an alcohol treatment center. I intend to turn this unfortunate incident into a positive life changing event. Once again, I sincerely apologize for my actions. I have the greatest respect for police officers and the job they do.  My actions alleged in the police report do not reflect my core values and my law abiding character.

Next: She seems stronger today.

8. Life is now a cabaret for de Lesseps

She wants to move forward with life. | Mike Coppola/Getty Images

De Lesseps rebounded and came out with a new cabaret show aptly named, #CountessAndFriends. She found her voice, using humor and wit during the performance. She said, “I had a list of songs but had to reconsider ‘Jailhouse Rock,’” Page Six recounted. “I fought the law and the law won. Crazy for thinking I could get out of those handcuffs.”