If you’re not one to imbibe on New Year’s Eve, think again. A study shows champagne may help with cognitive function. Celebrate the New Year with bubbly while possibly improving your health at the same time. Read on to see what studies have to say about champagne and the brain.

It’s never good to overdo it on the liquor. | ViewApart/iStock/Getty Images

First thing’s first. Alcohol is only beneficial in small amounts. Here’s what the Mayo Clinic has to say about alcohol use. “Moderate alcohol use for healthy adults means up to one drink a day for women of all ages and men older than age 65, and up to two drinks a day for men age 65 and younger.” A little alcohol goes a long way as far as health benefits are concerned. Imbibe too often and the benefits become risks.

Drinking champagne may ward off Dementia

We’re sure no one is upset by this news. | iStock/Getty Images

Forget about the Mayo Clinic and moderate alcohol consumption for a moment. Drinking three glasses of champagne a week can help improve one’s memory, Professor Jeremy Spencer, who performed the experiment on rats at Reading University, told the Daily Mail. The reasons for this are because of the grape varieties used to make champagne.

Grapes are the key ingredient

“80 per cent [%] of all champagne is made from the two black grape varieties blended with a white Chardonnay grape,” the Daily Mail says. After drinking champagne, “there was a significant boost to  spatial memory – the ability to recognise surroundings that enables people to find their way home.” A compound found in the grapes used to make champagne is the reason for an improved memory, Harper’s Bazaar says.

What the findings mean 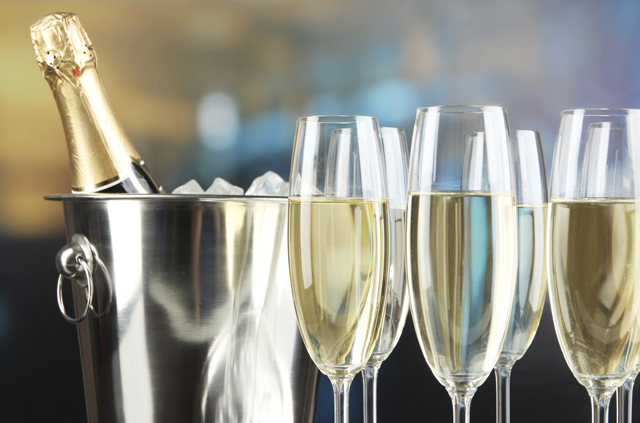 Go ahead and have a glass or two. | iStock.com

“This research is exciting because it illustrates for the first time that moderate consumption of champagne has the potential to influence cognitive functioning such as memory,” Spencer told the Daily Mail. Drinking champagne regularly may be something to consider if Dementia or Alzheimer’s run in your family. Protecting yourself from a life-altering disease is reason enough to celebrate with champagne.

Drink champagne sooner rather than later

It’s best to start sooner rather than later. | iStock.com/karelnoppe

“Dementia probably starts in the 40s and goes on to the 80s,” Spencer said. “It is a gradual decline and so the earlier people take these beneficial compounds in champagne, the better.” Again, keep in mind this doesn’t mean binge drinking. Limit your champagne intake to three glasses a week at most.

It may take three years to notice a difference

It will take a couple of years to notice a difference in your memory. | iStock.com

Here’s another reason to start drinking champagne sooner rather than later. The effects of champagne on the memory may take a while to be noticeable. “We think it would take about three years in humans,” Spencer told the Daily Mail. While this is an educated guess, based on the research, it safe to say the positive effects will take time to show up.

This may be good news, but you still shouldn’t overindulge. | iStock.com/dolgachov

Everyone, hold your wine bottle openers. “A lot more research is needed,” Spencer said. While the findings are positive, there’s still much to learn about the effect champagne has on the memory. Spencer told the Daily Mail he hopes to conduct a larger and longer study to learn more. Until the findings are released, a flute of bubbly can’t hurt.

Read more: The Right Amount of Alcohol to Drink, According to Research