Prince Harry and Prince William have spent the better part of their adult years modernizing the monarchy and breaking royal family traditions. Harry did that again in May 2018 when he married American actress Meghan Markle. Just how many royal traditions were broken? We take a look ahead.

Their wedding will be in May. | Chris Jackson/Getty Images

Prince Harry and Meghan Markle got married in May of 2018. While a spring wedding sounds perfectly normal, it actually bucks on old superstition that the month of May is bad luck. Queen Victoria believed very heavily in this superstition, and is rumored to have banned her children from getting married during that month.

They’ll be tying the knot on a weekend. | Chris Jackson/Getty Images

Royal weddings typically take place during the work week. (Hence the reason the big weddings warrant a bank holiday.) But not Harry and Meghan, who have decided to exchange their vows on May 19th … a Saturday. 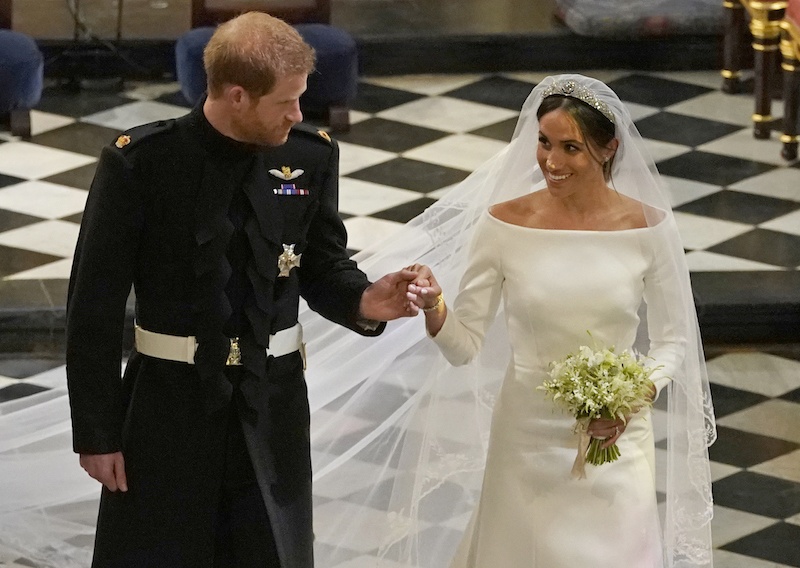 It was important that Meghan’s dress followed the royal family dress code as she’s already been picked at by critics for sporting ripped jeans and not wearing pantyhose with her dresses. (Good thing she’s got etiquette lessons ahead of the wedding!)

Ever noticed that Prince William and Kate Middleton don’t hold hands? It’s not because they don’t like each other. It’s because of an unwritten royal rule about public displays of affection. Harry and Meghan clearly have no interest in following this rule — the lovey-dovey couple smooches and holds each other’s hands constantly.

They might have to keep a few things secret. | Chris Jackson/Getty Images

If it seems like there is more gossip and mystery to the royal family than there is actual knowledge, that’s because they try to keep things within the family very private. But this engaged couple has no problem telling the world about how they met and fell in love. (Just take a look at Meghan’s Vanity Fair interview!)

The wedding will take place … thanks to a little rule-bending. | Chris Jackson/Getty Images

Queen Elizabeth II did some rule-bending herself by allowing Meghan to spend Christmas with the established royals at Buckingham Palace. Traditionally, the holidays are reserved for established members of the royal family. But the queen allowed Harry to bring his fiancee along.

Prince Harry must have been quiet relieved. | Jeff Spicer/Getty Images

Again, Queen Elizabeth broke tradition when she granted her grandson Harry permission to marry Meghan. Royals are discouraged from marrying someone who has been previously married and divorced. (The queen allegedly denied her own sister’s proposal request many years ago.) Clearly, the queen is getting into the spirit of breaking tradition as well.