Megyn Kelly is best known for her former role as an outspoken Fox News host who took on Donald Trump more than once. However, you might not know just how she got to her high-profile role at Fox — or what brought her to her newer, more family friendly gig at NBC.

Here we’ll take a look at some pivotal moments of Megyn Kelly’s career and family life, how she ended up where she is today, and that one amazing thing that turned her entire life around. As with many successful people, she did have a pivotal Aha! moment. More on that on page 4.

Megyn Kelly took risks and worked hard to get where she is now. | Frazer Harrison/Getty Images for The Hollywood Reporter

Kelly was born in 1979 in Champaign, Illinois to a teacher dad and a homemaker mom, who later became a nurse. Kelly had two elder siblings. In school, she was captain of her cheerleading squad. It’s been said she was bullied by classmates, which possibly instilled some of the boldness she’s known for today. When she was 15, tragedy struck when her she lost her father to a sudden heart attack.

Next: How Kelly’s career aspirations formed 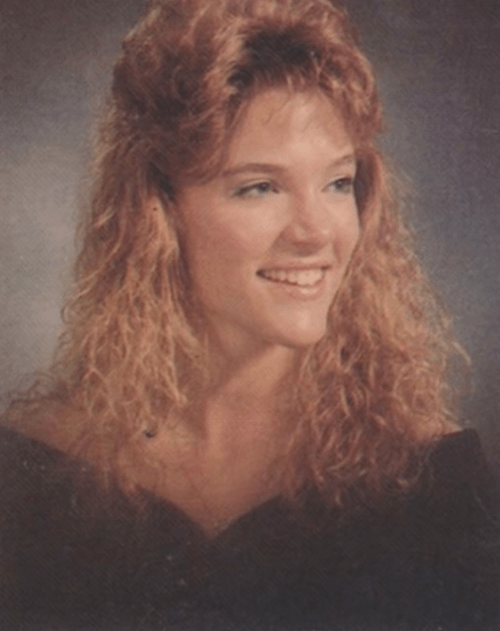 In high school, Kelly was said to be popular, boy-crazy, and obsessed with her weight. In her yearbook, she listed her “planned pursuits” as college, government, and wealth. In keeping with this, she planned to major in Journalism at Syracuse University but was rejected after scoring low on the SAT test. So she went for Political Science instead.

After completing her undergraduate degree, Kelly chose to go to law school to become a prosecutor. This time she was rejected by Notre Dame, but she did get into Albany Law School in New York.

Next: She started out as a lawyer. 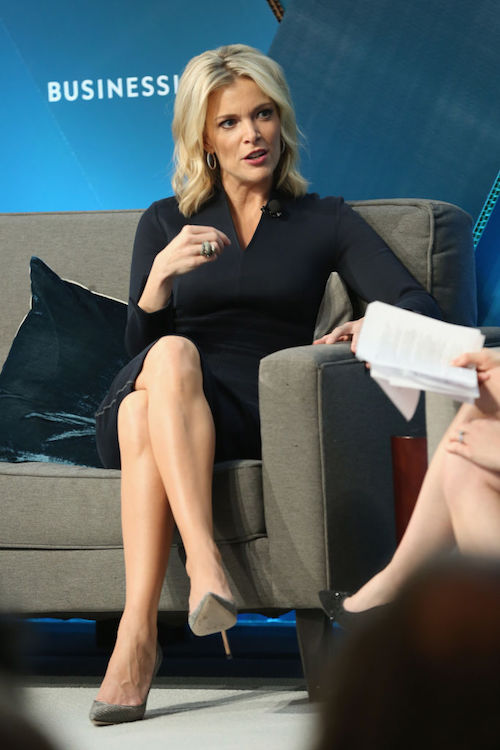 She worked as a lawyer for many years before making the switch to broadcasting. | Monica Schipper/Getty Images

After graduating law school with honors in 1995, Kelly envisioned becoming a prosecutor in a district attorney’s office. She started out as an associate at a corporate law firm in Chicago. She eventually switched firms and became a corporate litigator. After she met then-medical student Dan Kendall, the two married in 2001 (they divorced in 2006) and relocated to Washington, D.C., where Kendall was hired by John Hopkins Hospital. This is when Kelly started to rethink her choice of careers.

In all, Kelly worked as a lawyer for 10 years. “I started off as a lawyer for almost a decade before I was completely burned out,” she told Business Insider. She realized it was time for a change.

Next: What was Kelly’s Aha! moment?

She had a little talk with herself

After experiencing some career burnout, she decided to make a jump to working as a reporter. | Kevin Winter/Getty Images

After a decade of lawyering in New York, Chicago and Washington, D.C. and struggling for the coveted role of partner, Kelly had an aha! moment while journaling. “I am more interesting than this! I am more interested than this! I need more out of life!” she wrote. This was the inspiration for her to make a change. It meant leaving the law business entirely and becoming a TV news reporter.

Next: How Kelly’s reporting career got started 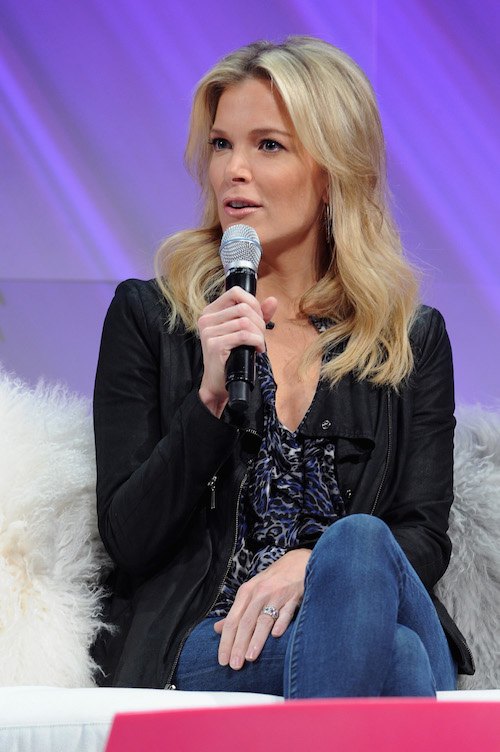 She wasn’t a natural, but she worked hard to improve as a reporter and anchor. | Craig Barritt/Getty Images for Cosmopolitan Magazine and WME Live

In 2003, Kelly was hired by Washington’s ABC News affiliate. Bill Lord of WJLA hired her as general assignment reporter. “I stunk at first, but got better and better, thanks to [Lord],” Kelly said. She covered confirmation hearings for Supreme Court justices, the retirement of Supreme Court Justice Sandra Day O’Connor, and the death of Chief Justice William Rehnquist. She also reported on the 2004 presidential election.

Next: What Roger Ailes asked Kelly in her job interview

She worked her way up from being hired as a correspondent. | ABC News via YouTube

In 2004, Kelly applied for a job at politically conservative Fox News. In her job interview, one of the first questions asked by Fox News chair Roger Ailes was “how the daughter of a nurse and a college professor understood anything other than left wing dogma,” Kelly said. Her answer was that she’d always been apolitical. She got the job, starting out as correspondent but moving into anchor positions.

Kelly went on to earn her own show in 2013. The Kelly File ended up one of the highest-rated cable news programs on TV. In 2015, she interviewed Jim Bob and Michelle Duggar from 19 Kids and Counting regarding their son Josh Duggar’s reported molestation of five girls in 2002. In a separate show, Kelly interviewed their daughters Jessa and Jill Duggar. This show was watched by a record 3.09 million viewers.

While at Fox, Kelly moderated a 2015 presidential debate, during which she asked whether a man of Donald Trump’s temperament ought to be elected. As a result, Trump criticized her professionalism. Kelly’s response was she would not “apologize for doing good journalism.”

She wanted a show where she could talk about a wide range of topics. | Today via YouTube

In addition to the news show, Kelly has taken on a less political role in NBC morning talk show Megyn Kelly Today. “The truth is, I am kind of done with politics for now,” she said during the show’s debut, adding that the show would cover “things that you’re going to be talking about over dinner tonight or over coffee with friends.”

For the morning show, Kelly has interviewed the likes of Debra Messing and Jane Fonda. Topics covered on the show include sexual harassment, and Kelly interviewed three women who accused President Trump of sexual misconduct.

Next: How her family fits in

She is putting her family before her career. | Megyn Kelly via Twitter

Kelly married novelist Douglas Brunt in 2008. They have three children: Son Yates (born 2009), daughter Yardley (born 2011), and son Thatcher (born 2013). Where does her family fit in with her busy career? “My job is important to me, but it’s dwarfed by my love for my children,” she tweeted in 2016.

In fact, People reported Kelly made the high-profile switch from Fox to NBC in part because of her children. “Two of my kids were in school during the exact hours that I was at home,” Kelly said “They would get back at 3:30 p.m. just as I’d be leaving to do The Kelly File. I hadn’t tucked them into bed on a weeknight in three years.”

“I needed to make a change,” Kelly said about her move to NBC, which affords her a better schedule to be with her children. “I was tired of not seeing my children. They’re still young enough where I can still be there for it. It was a combination of factors, but I made a decision to change my life.”