An Inside Look at Meghan Markle’s Go-To Breakfast The star keeps all her favorite foods in stock. | Seigobe2 via Instagram

Meghan Markle is all over the news since her wedding to Prince Harry. Her outfits are selling out in stores. People around the world are also wondering how the duchess maintains her slender, tone figure and thick, shiny head of hair.

Markle was certainly working out and eating right as her big day approached. Here, we’ll focus on what the former Suits star has revealed she loves as a go-to breakfast. One option is quite hearty (page 4), while another tastes great without zapping your energy (page 5). All of her food choices are very relatable and contain ingredients you just might have at home right now.

Markle’s go-to breakfast is a bowl of oats. | iStock.com/matka_Wariatka

Markle’s usual breakfast choice comes packed with vitamins and minerals: Steel cut oats with bananas, topped with bananas and drizzled with agave syrup. Steel cut oats are considered a power food because they’re packed with protein and fiber. Agave syrup is a honey-like sap thought to be healthier than sugar; its low glycemic index has less of an effect on blood glucose levels.

Next: The simplest drink said to boost digestion

Hot water with lemon is the first thing Markle has in the morning. | iStock.com/villagemoon

When she was filming on the Suits set, Markle would be picked up around 4:15 a.m. for a long day of work. Before her steel cut oats, she would sip from a mug of hot water mixed with lemon. This beverage is said to help digestion, rehydrate the body, and boost immunity. People in Japan are big believers in this. They drink two to three glasses of water (with or without lemon) first thing in the morning for noticeably more energy and improved digestion, one blogger reported.

Next: Healthy fat on a sandwich

Avocado provides many nutritional benefits and is packed with heart-healthy fats. So why not smash some up and eat it on a piece of toast for breakfast? Markle does; she shared a photo of it on her now-deleted Instagram. A squeeze of lemon and a little salt will also boost some extra zest into this hearty, open-faced sandwich. You can even throw in some lettuce and tomato to make it into an Avocado Lettuce Tomato (ALT).

Next: A slightly more indulgent breakfast

During her time off, Markle would eat omelets. | Source: iStock

During the years she spent filming Suits, Markle would let her diet relax a little during her time off. On those days, she would sometimes choose an omelet for breakfast with fresh herbs and cheese, with toast on the side.

It’s also worth a mention that when not filming, Markle would let herself indulge in french fries. “I’m always hoping I’m having lunch with people, so we can share fries. It’s its own food group for me,” she told Delish. (Who can’t relate?)

Next: A comfort food, but healthier

Markle’s been known to indulge in a pancake breakfast — but the gluten-free variety, according to a photo on her now-deleted Instagram account. Hers were made with cornmeal. She told Delish when she cut out gluten, she noticed a big difference in how her skin looked on camera and how much energy she had throughout the day.

Next: Fruit and honey

Açaí berries are said to have many health benefits. | locknloadlabrador/Getty Images

In 2015, Markle told The Chalkboard Mag her daily breakfast was an açaí bowl with fresh berries, manuka honey, and bee pollen. Açaí berries, heralded for health benefits, have been described as a cross between a grape and a blueberry. And manuka honey? It “provides a natural kick for the skin, helping to boost elastin and cell regeneration,” a spokesperson for Manuka Doctor told Glamour.

Next: A healthy supplement 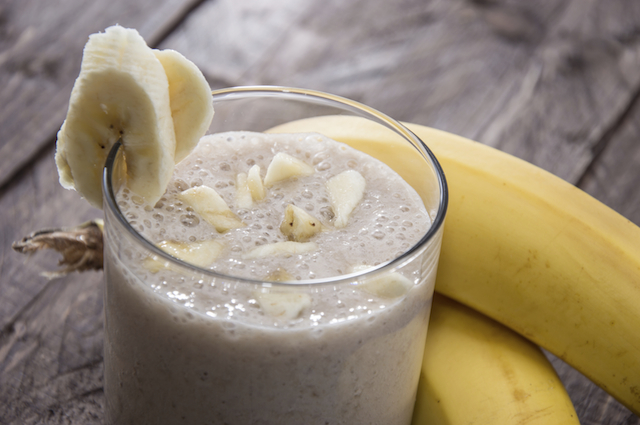 When she was eating açaí bowls for breakfast, Markle would often alternate between those and Clean Cleanse vanilla shakes with blueberries. The shake, which comes in chocolate and vanilla, is advertised to contain vitamins, antioxidants, and protein, and to curb cravings.

Some of Markle’s breakfast choices are in stark contrast with what the queen dines on: Earl Grey tea (no milk or sugar) in bone china with biscuits, followed by cereal or scrambled eggs with smoked salmon. But that’s fodder for a whole different article.