Are You Addicted to Food? Answer These Questions to Find Out 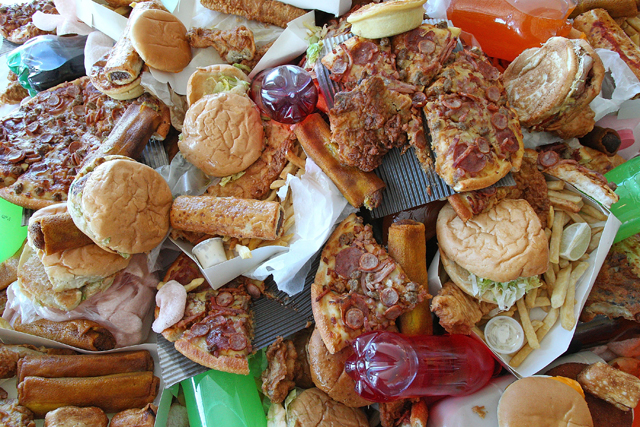 We’ve all said it before: I’m addicted to coffee, chocolate, pizza, etc. But could there be more truth to that statement than simply justifying our food vice?

According to an international group of researchers, food may in fact be addictive. The group found that food cravings actually activate different brain networks for obese individuals than with normal weight subjects. This indicated that the propensity to wanting food may in fact be intrinsic in the brains of overweight individuals.

Researchers in the University of Granada and Monash University set out to investigate a link between the brains reward system in normal weight versus overweight people. In order to do so, they worked with 39 obese and 42 normal-weight participants. They gave both groups buffet-style food and later observed their brains using functional MRIs.

The f -MRI revealed that food craving was in fact interpreted in the brain differently for normal weight subjects than overweight. With overweight patients, food stimulus caused connectivity in the reward center of the brain, thus reinforcing the habit of food consumption. Whereas with normal weight individuals, food craving caused connection between other areas of the brain not associated with habit reinforcement.

This study was one of the first of its kind, since it focused on the link between weight and the physiological mechanisms of food addiction. However, it is not the first study to explore the possible existence of the addiction. While there continues to be controversy over whether or not human beings can actually be addicted to food, a good deal of research indicates, for some people, food stimuli is associated with changes in the brain that are similar to those of any other substance addiction.

WebMD reports that past experiments have shown, for some individuals, food triggers the same reward and pleasure center in the brain as drugs like cocaine and heroine. This is especially true with “highly palatable foods.” Yep, you guessed it, that means sugary, fatty, or salty foods are the most likely to be addictive. These treats trigger a release of chemicals like dopamine into the brain — causing the desire to have more of the stimuli. Not only do these individuals experience neurological reward reinforcement, but the problem can also inhibit other important signals to the body, such as feelings of satiation. In other words, people with this kind of addiction keep eating, even when they’re full.

Most of us have experienced this kind of phenomenon at some point in our lives (consider how much you eat on Thanksgiving, even after you’re stuffed). However, if you’re concerned you might have an addiction to food, researchers at Yale University’s Rudd Center for Food Science & Policy created a questionnaire in 2009 to help assess the situation. These are a few sample “yes” or “no” questions from the scale:

1. I find that when I start eating certain foods, I end up eating much more than I had planned.
2. I find myself continuing to consume foods even though I am no longer hungry.
3. I eat to the point where I feel physically ill.
4. Not eating certain types of food or cutting down on certain types of food is something I worry about.
5. I spend a lot of time feeling sluggish or fatigued from overeating.
6. I find myself constantly eating certain foods throughout the day.
7. I find that when certain foods are not available, I will go out of my way to obtain them. For example, I will drive to the store to purchase certain foods even though I have other options available at home.

You can find more info about the scale and questionnaire here.

While more research needs to be done before the relationship can be confirmed, these scientific studies and research could be revolutionary for finding ways to medically manage obesity.