Are Your Holiday Decorations a Health Risk?

It’s the most wonderful time of the year for decorations, when lawns are overtaken by blow-up Santas and front porches have an eternal glow thanks to the hundreds of feet of lights strung across rain gutters and roof eaves. Depending on your tastes and family heritage, your living room might be filled to the brim with stockings and a tree, floral arrangements, or candles and a menorah. You might go all out and fill every corner with a decoration, or decide that simple is the way to go.

Either way, decorations are one of many markers that we’re in the middle of the holiday season – along with the copious amounts of food in your refrigerator. Most of these decorations are joyful reminders of traditions with our families and friends, but some of the decorations might pose a bit of a health risk to your family, especially if you have young children.

As with all things, however, hype can make this problem seem worse than it is. Will you find some toxins in your holiday decorations? Perhaps. But here’s what you need to know about it, and some options you have if you’d prefer to decrease your risks.

This might be necessary to create a wintry look in a warm climate, or you might simply want to bring the look of a winter wonderland into your home by spraying “snow” onto your windows or other decorations. But if you don’t use it properly, this could be harmful.

“Many snow sprays contain acetone or methylene chloride and these solvents can be harmful when inhaled,” the California Poison Control System explains. “Briefly inhaling the spray in a small, poorly ventilated room may result in nausea, lightheadedness and headache. Longer or more concentrated exposures can be more serious.”

Basically, spray-on snow is like a spray paint (methylene chloride is also present in most spray-on aerosols). The snow spray is not dangerous once it dries, so spray outside and wait for it to dry before bringing it into your home. If you’d rather avoid aerosols altogether, Care2 suggests using cotton batting from craft supply stores instead. Or you can create your own non-toxic version, though it probably won’t stick to your windows. 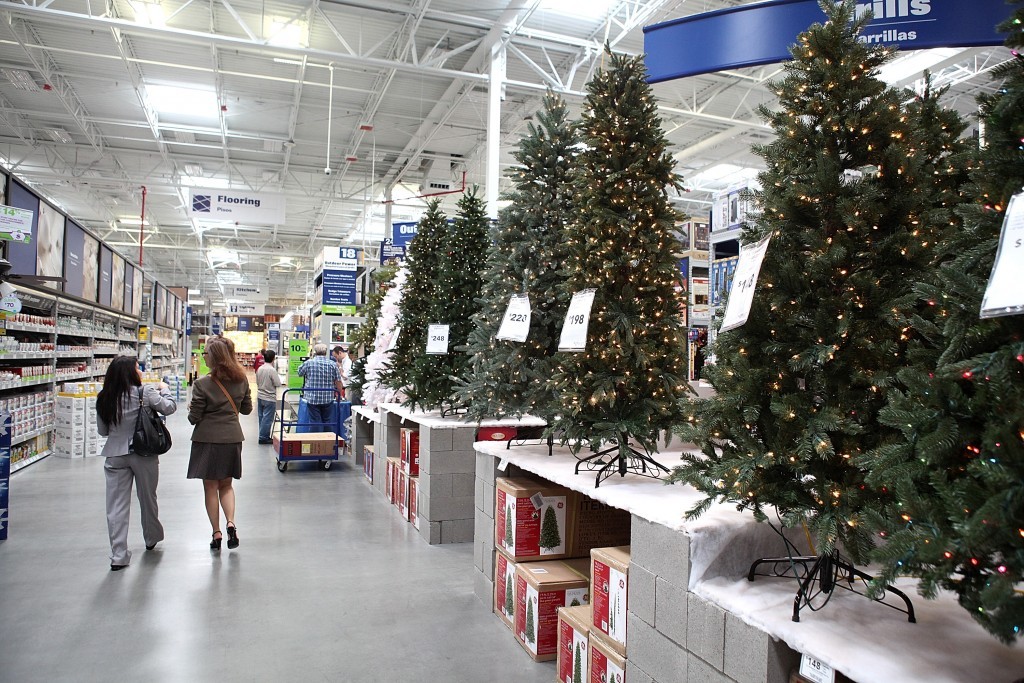 As long as you’re using your artificial tree for about seven years, it has about the same carbon footprint as picking up a real tree from a neighborhood greenhouse. Plus, with artificial varieties you won’t have to worry about disposing it afterward, or cleaning up dead pine needles from all over your carpeted living room.

The problem with artificial trees is that they’re made with polyvinyl chloride, or PVC. The plastic compound is fire-resistant, which is great for offsetting the risk of having a tree with lights on it. But the fire resistant chemicals can also include metals like lead, which is deemed unsafe by the Centers for Disease Control and Prevention for most people and especially children.

“PVC also releases gases known as volatile organic compounds, which are gases that can irritate the eyes, nose, and lungs,” Dr. Glenn Harnett, chief medical officer of American Family Care, told Men’s Health. The problem is that it’s uncertain how much lead or other potentially harmful chemicals are actually in your tree.

To mitigate the risks, place the tree outside when you first take it out of the box. PVC tends to emit the worst gasses when it’s first exposed to air and when it begins to break down, Harnett said. For that reason, replace your tree after nine years or so.

Another option is to rent a tree to decorate and return, a concept that’s becoming more popular for people who want a natural option but who don’t want to toss a tree into a landfill at the end of the season. 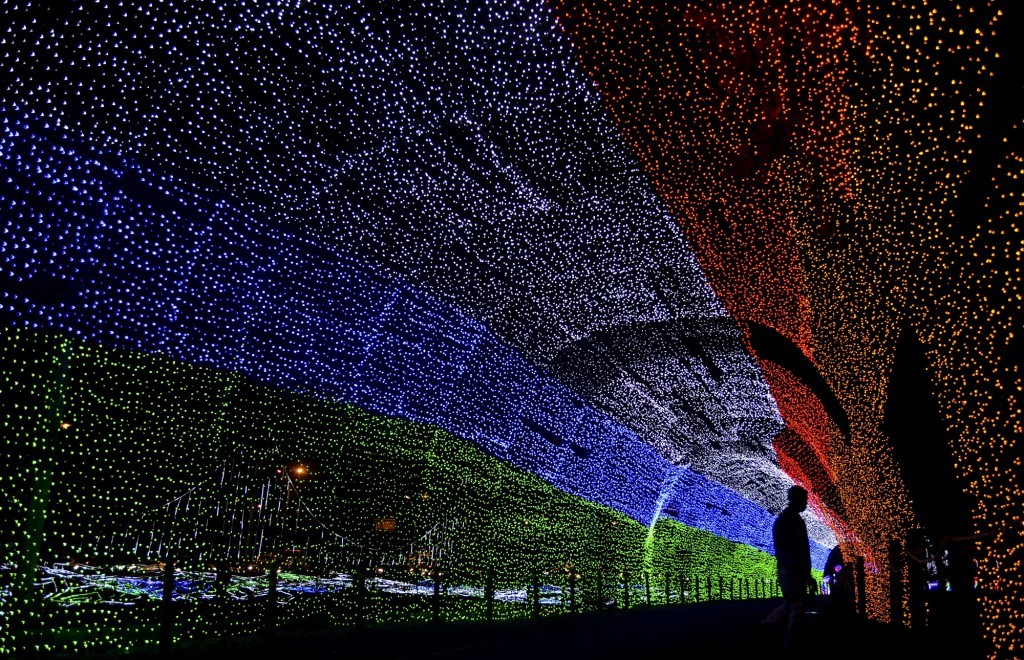 Whether you’re stringing them on your Christmas tree or decorating for another holiday, ropes of lights certainly mark the season. But a 2008 study found that many strands of lights also contain lead, contained in the PVC that coats the wiring.

Is this a problem? Sure, especially if you have young children. But there are solutions. For one, IKEA sells lights that meet stricter European guidelines, which also means they’re going to have less lead content than other versions. Before you make a special trip, however, there’s another side to that, as Forbes contributor Emily Willingham points out.

“What a first-world response, though, to make a special trip to IKEA, which always seems so far away, in your gas-burning automobile to buy precious, lead-free Christmas lights to plug in and power up thanks to your friendly neighborhood coal-burning power plant,” Willingham writes, thus encouraging us to step back from the perhaps over-hyped dangers of decorations.

As OnEarth correspondent Susan Cosier concludes, she’ll probably keep her young daughter away from the lights. But washing your hands with soap and water after handling the lights or artificial trees is enough to rid you of potentially harmful chemicals in these cases, so she’ll wait to make the IKEA run until her current strands don’t work.

Depending on the gift wrapping you use, there could be chemicals in it that would be dangerous if burned in your fireplace after present time is over – or if they become the new teething selection for toddlers in your family.

Sidney Katz, a former chemist at Rutgers University, tested various wrapping papers several decades ago and found high levels of toxic metal, including lead. Since that time, most American manufacturers use different compounds that aren’t dangerous. “If it’s made by Hallmark and it’s made with American pigments, it’s probably OK,” Katz told NPR. But if you’re buying paper that’s not attached to a familiar brand name and was made overseas, exercise caution. Don’t burn it, especially inside, as those metals will be released into the air.

With all things, cooler heads prevail. In most cases the decorations can pose a slight health risk, but only under conditions when you’re not supervising your children or using products outside first. It pays to be cautious, but it shouldn’t deter you from entering the neighborhood contest to see who can make their yard look the most festive.