Athletes Who Refuse to Eat the Products They’re Sponsored By

Do athletes really eat hamburgers, sugary cereals, or Snickers bars on a regular basis? Or at all? It’s no secret athletes eat healthy to stay in top physical shape for peak performance. So, why do they endorse junk food? And which athletes refuse to eat the products they’re sponsored by? Answers to those questions and more, ahead.

“I ate McDonald’s my first couple years in the NBA,” LeBron said. “I didn’t stretch. It didn’t matter. I was 18 and I could do whatever I wanted to,” he said, according to The Washington Post. In addition to McDonald’s, LeBron endorses Sprite and Bubblicious gum. He can buy lots of cars with the money he makes from sponsors.

Serena breaks down her food intake during an interview with Body and Soul. “My goal is to have a healthy lifestyle so I can live a long life. I don’t eat a lot of meat. I eat a lot of natural food — a lot of green stuff like spinach and cucumber. And I drink lots of water,” Serena said. In her case, “natural food,” probably doesn’t include Oreos.

Hint: Losing weight doesn’t include dining at the establishment this athlete endorses.

The athlete switched up his diet. | Darren McCollester/Getty Images

Baseball player, David Ortiz, endorses Dunkin’ Donuts. The donut brand goes so far as to create Ortiz’s portrait out of 10,000 donuts, according to USA Today. However, in 2012, David Ortiz goes on a diet and loses 20 pounds. He loses the weight, in part by eating no sweets, ESPN said. This means no stops at Dunkin’ Donuts.

Hint: This soccer player known for his abs, doesn’t list this smoothie on his list of foods.

Soccer player, David Beckham, endorses Burger King in 2012. Specifically, Beckham pushes a low-calorie smoothie sold at BK. Although, “he consumes very little fat and has a high intake of lean protein, like fish and chicken,” according to The Daily Meal. Judging from this description, Beckham doesn’t visit Burger King too often for a smoothie. 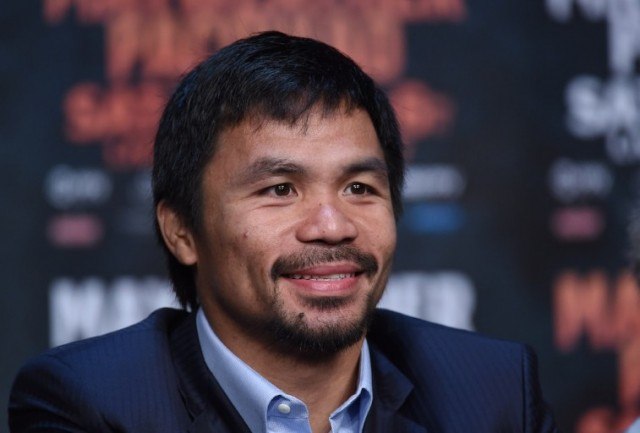 Boxer Manny Pacquiao earns a cool $1 million for endorsing Hennessy in 2011, according to the Bleacher Report. Then, Pacquiao makes a statement hurting his past endorsement. He gives up ““womanizing, gambling, and drinking,”” Boxing Insider says. This comes in 2012.

Is it easy money? | iStock/Getty Images

“No one entity owns “carrots” or “avocados” or “plums,”” according to Stack. “Junk foods, on the other hand, are sold under a recognizable, distinct brand.” Simply put, endorsing junk food involves less red tape for athletes. They can make a deal one day and shoot photos for the brand the next.