Before Meghan Markle: What Prince Harry Learned From His Past Relationships, Revealed

It’s impossible to turn a corner nowadays without seeing a picture of Prince Harry and Meghan Markle splashed across a magazine cover. But with all the fascination with Harry’s new wife has also come the deep dives into his dating history. There is all sorts of speculation into what made all the royal’s past relationships end, even the long ones. (But we’ll get to those in just a second.) Could it be that Harry learned a few things from his past that readied him for lasting love with Meghan? Here are the lessons the red-headed royal may have learned from his past relationships.

Comfort with the cameras is crucial

Being part of the royal family means getting used being in the public eye — all the time. This was something that Prince Harry’s ex-girlfriend Cressida Bonas allegedly struggled with. The young actress dated the royal for two years, but things ended in part because she couldn’t handle the public scrutiny. Harry likely learned that he needed to be with someone that could handle all the prying eyes — which Meghan seems to be handling so far.

Prince Harry understands that being in the public eye is part of his job. | Eamonn M. McCormack/Getty Images

Yes, a royal’s life partner has to be comfortable with the public’s constant attention. But there should also be balance, and a desire to keep parts of the relationship private is important. Surely this is something Prince Harry learned from his party days when many a model would blab about their escapades with him. Luckily, he and Meghan found this common ground and were able to even keep their relationship private for a while.

Enter Chelsy Davy, Prince Harry’s on-and-off girlfriend of a decade. There was one huge factor that led to the twosome splitting on multiple occasions. (Besides Harry’s immaturity. More on that in a bit.) Chelsy and Harry spent long periods of time apart while she was in school and he was in the military. It eventually became too difficult for the two to maintain a relationship. Harry likely learned he needed to be with someone that could withstand long distances — hence maintaining a relationship with Meghan while she was still living in Canada.

To be with someone of Prince Harry’s stature, one must be confident enough to rise above being known as “the girlfriend.” This was allegedly a big problem for TV star Caroline Flack, who broke off her romance with the royal after she became known as his side piece. To her credit, It didn’t help that she was being referred to as Harry’s “bit of rough” — a slang term for a sexual partner from a lower class. Clearly the royal learned his partner would have to have a thicker skin. 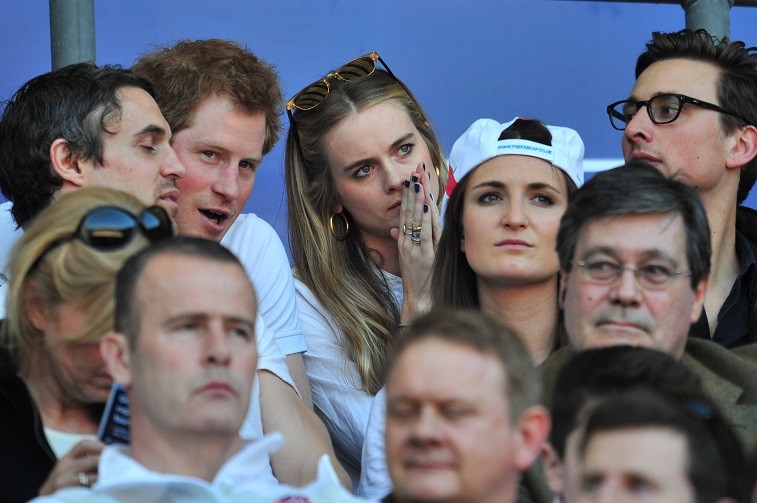 She wasn’t willing to give up her own dreams. | Glyn Kirk/AFP/Getty Images

Another reason that Prince Harry and Cressida Bonas split up was that she didn’t want to sacrifice her acting career for him. And while giving up a complete way of life must be a huge decision, the royal likely realized that he needed to be with someone that loved him and didn’t see his way of life as a career-ruiner. Clearly, Meghan hasn’t, as she was happy to leave acting to focus on philanthropy by his side. On that note…

Prince Harry and Meghan Markle are in for an amazing life together. | Chris Jackson/Getty Images

In leaving his heavy partying days behind, Prince Harry really dove into his charitable endeavors. Through the charity hub he shares with his brother and sister-in-law, he has a number of outlets that give back to members of the armed forces and their families. It’s no wonder that he has chosen a bride that is as altruistic as he is, and not just someone that wants to paint the town red like he used to on a regular basis.

When it really comes down to it, maybe Prince Harry just had to learn when the right time was for him to settle down. He wasn’t mature enough for a life-long commitment when he was with Chelsy Davy, and he didn’t seem to mesh perfectly with anyone else that he dated. This time around, it looks like he knew he was ready for a long-term commitment.