Being Lonely Is Bad for Your Health — Here’s Why

Spending some time alone helps most of us recharge after being surrounded by co-workers all day. When those moments start to stretch into long periods without much social engagement, though, it can be extremely isolating. Aside from the down-in-the-dumps feeling, being lonely can take a serious toll on your well-being.

Without that engagement, our health suffers. You might be surprised just how harmful chronic loneliness can be.

Loneliness can lead to illness. | iStock.com

Folks who frequently find themselves without company may be more susceptible to illness. According to research published in Psychological Science, lonely individuals exposed to stress experienced greater levels of a type of protein that contributes to inflammation compared to adults who were more socially engaged. In the long term, this elevated inflammation can wreak havoc on your immune system similarly to chronic stress.

You’re not doing your heart any favors. | iStock.com

Eating all the fatty fish in the world won’t do much to protect your ticker if you find yourself feeling lonely all the time. Many individual studies have examined the link between social isolation and heart health, and they seem to agree. One 2015 review of 23 papers reported loneliness was associated with poorer heart health. And the degree to which social isolation affected cardiac wellness was pretty staggering, indicating those who feel lonely are 29% more likely to develop coronary heart disease and 32% more likely to suffer a stroke.

You could be increasing your dementia risk. | iStock.com

According to the Alzheimer’s Association, one out of every three seniors dies with Alzheimer’s disease or another type of dementia. Whether or not certain foods or physical activity can reduce the risk is still a matter for debate, but the factors that contribute to the disease are a becoming a lot clearer. One of the leading risks is lack of social engagement. Researchers at Chicago’s Rush University Medical Center conducted a study that showed the odds of developing Alzheimer’s disease doubled for individuals who were lonely. 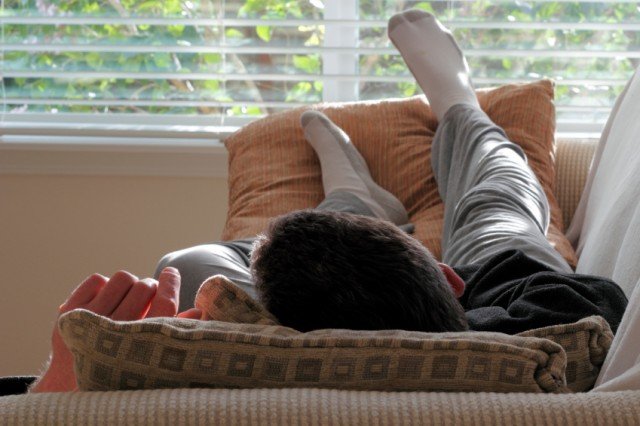 Make sure to exercise every once in awhile. | iStock.com

Most Americans already struggle to fit enough movement into their days, and it turns out those who are isolated may be even worse off. One 2009 study found adults who were lonely were less likely to be physically active and at a greater risk to transition from being active to inactive. Since lack of exercise is one of the biggest contributors to the obesity epidemic, those who feel socially isolated may be putting themselves at risk for a substantial amount of weight gain.

Your mental health could suffer. | iStock.com

It’s probably not surprising to hear chronic loneliness is associated with depression, but it’s worth noting just how strongly the two are linked. First of all, even youngsters are susceptible. Research published in 2010 found adolescents who felt isolated from cliques were more likely to experience symptoms of depression, regardless of gender. More recently, a study featured in Health Psychology found lonely individuals are more likely to develop pain, depression, and fatigue.

Anyone interested in living a long life should do their best to stay social as they age. A recent meta-analysis reviewed the research on loneliness, finding it was linked to an increased risk of mortality. Perhaps even more important, the study found no distinction between objective social isolation and merely feeling lonely. This means even those who have a decent circle of friends and family can be at risk if they don’t feel connected.