Besides Your Mother’s Scorn, Do Tattoos Have Side Effects? 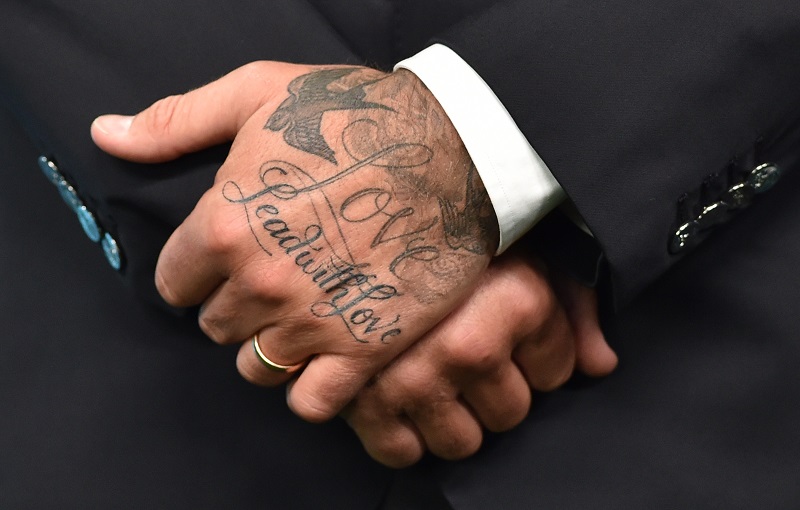 A permanent homage to Super Mario Bros. adorning your bicep may sound like a good idea, and who’s to say it’s not? After all, it’s your arm — and your decision as to how it should appear, long into middle age and beyond. The only real problems that could result is the judgment levied by family, friends, and employers. And the hours of fun to be had from the process of actually getting the tattoo done.

But if you can wear long sleeves, avoid judgmental family members, and withstand a little bit of pain during the act of tattooing, there’s really nothing to worry about, right? Yeah, it’s permanent — but not really. Because you have to die sometime.

Unless, of course, there are actual consequences that can negatively affect your health. When you think about it, injecting your body with a foreign agent — in this case, ink — probably isn’t the best thing for it. Obviously, there are risks associated with getting stuck with a needle a few hundred thousand times, and during the healing period when you can get an infection; but is a tattoo itself a threat to your well-being?

According to a recent Reuters Health article, which piggybacks off of a medical study published in The Lancet, there are still some significant questions as to how the inks associated with tattoos can impact our health. The gist of the research, and the comments from researchers, is that nobody really knows if those inks are good or bad — because nobody is really keeping tabs.

Per those reports, tattoo inks are regulated in the same manner that cosmetics are, but the problem is that the inks are actually going inside the body, not merely resting on the skin. So far, the most common health issues associated with these inks are allergic reactions and bacterial infections, which a relatively small number of people experience.

“In the U.S. the (Food and Drug Administration) has the authority to regulate inks, but is not currently doing so,” Dr. Michi Shinohara, a dermatologist at the University of Washington told Reuters. “Regulation of tattoo parlors and tattoo artists is left to the states, and the requirements for operating vary widely from very minimal (bloodborne pathogen training) to fairly complex (hundreds of hours of apprenticeship).”

The concerns espoused by Shinohara are merely the tip of the iceberg. Researchers still can’t really get a grasp on what these inks do to our bodies because they don’t really know how, exactly, they interact with each other. For example, tattoos tend to fade with time — but nobody knows where the ink goes. The same with tattoo removals; the process helps break up the ink, but where that ‘waste’ goes is still under investigation.

Even if you wanted to get a tattoo, and wanted to do a bit of research prior to hitting the chair, information is relatively scant. The FDA’s tattoo site, for example, basically says that research is being done to figure out the long-term effects — and to proceed at your own risk.

“Whether the migration of tattoo ink has health consequences or not is still unknown,” the FDA says. “NCTR is doing further research to answer this and other questions about the safety of tattoo inks.”

Tattooing has become rather ubiquitous in our modern culture, and it’s not often, or ever, that you hear horror stories resulting from these rogue ink migrations. But just like cell phones, it’s a rather new phenomena, and there may simply not be enough data to look into the long-term health effects. As of a few years ago, roughly 20% of the adult population has been inked in some form or another — so data is on the way.

But to give a short answer to the complicated question of whether you should be scared of getting a tattoo, right now, there doesn’t seem to be a reason to avoid it. Yes, there are a few problems and risks associated with it, but no hard evidence that long-term damage isn’t being done.

Not yet, anyway. It’s your body, do what you want with it. But, as with anything, make an informed decision.