Ready to burn some calories, save some gas, and maybe stand out from the crowd? A proliferation of new bikes awaits your pedaling.

Bike lanes have become an integral part of urban planning, a trend that started in cycle-centric cities like Portland, Minneapolis, and Boulder and is now extending to long-standing car hubs — think Los Angeles, Dallas, and Miami. But just because there’s a new bike lane in your neighborhood doesn’t mean you need to dust off your rusty old Huffy.

Instead, consider bikes to be the latest fashion and tech objects — because that’s what they now are. Here are nine of our favorite new two-wheelers, some of which are begging for a few techy upgrades.

Collabs between breweries are common these sudsy days, but who would have thought about a bike manufacturer getting in on the game? Arizona-based State Bicycle Co. teamed up with its local, award-winning brewery, Four Peaks Brewing Co., for a special bike called The Deluxe. In addition to its eye-catching bespoke paint job, this bike boasts beautifully tanned leather straps to hold a growler and a six pack plus a special front rack capable of carrying even more of your favorite brew (we’ll take a Four Peaks Kilt Lifter). It’s like a rolling party complete with its own bottle opener. 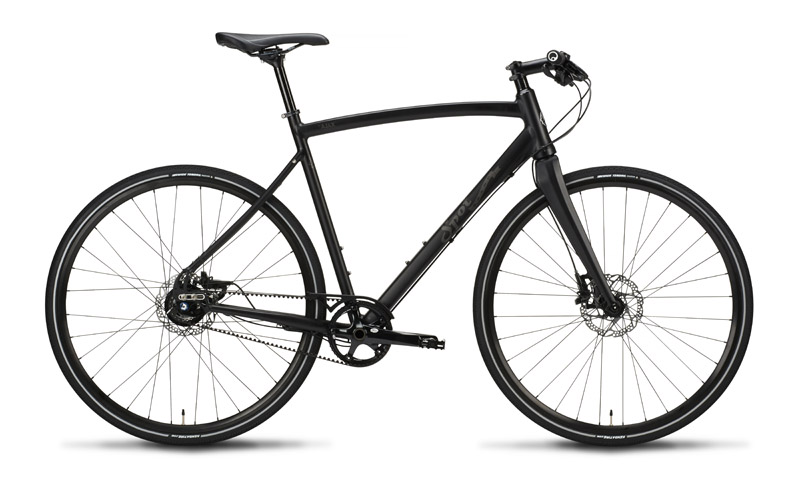 One hurdle many cite with cycling is its reputation for being a little grimy. The folks at Spot Brand Bikes decided that the best way to tackle greasy chains is to throw them out the window. Instead of a metal chain lubricated by grease and, let’s be honest, grime, Spot Brand’s Ajax uses a carbon-reinforced rubber belt to deliver your cranking power. Spot’s belt-driven masterpiece is ultra smooth to ride, but its big asset is that you’ll never have a greasy pant leg again. While most of Colorado-based Spot’s bikes have belts instead of chains, we think the technology is best experienced on the stylish Ajax. Eight gears hidden in the bike’s rear hub, disc brakes and a carbon fiber front fork mean its spec sheet is impressive enough even without accounting for the game-changing belt. 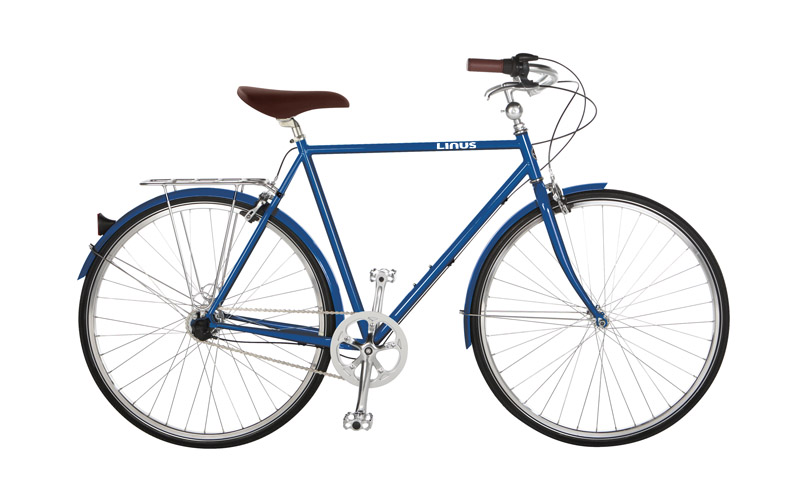 As much a style icon today as a bicycle manufacturer, Linus is credited with kicking the retro bike trend into high gear. The Roadster Sport, newly available in a classy Navy Blue trim, boasts integrated fenders and a custom rear rack for extra utility in wet weather. Riding a Linus is as much about the image as it is about the ride, so while you may not look any better off the Roadster Sport, you’ll definitely turn some heads while you’re pedaling away. 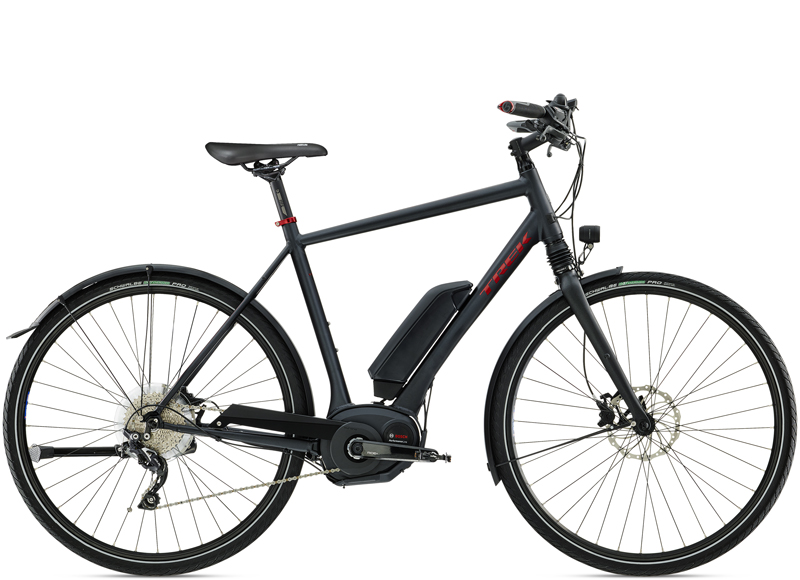 Need to get places in a hurry? Short of a motorcycle, there’s no way to zip around faster than the Trek XM700+. Trek’s enormous portfolio of bikes includes the bike share two-wheelers you’ve probably pedaled around somewhere in the world. Combine the durability lessons Trek has learned from bike shares with a high-tech Bosch Performance Speed electric assist motor and you’re suddenly on a bike that can scoot along at 28 mph. You can still get a workout since the emphasis here is on electric assist; it’s there when you need it for hills or high speed runs. And although electric assist bikes aren’t exactly commonplace in the U.S., they’re huge in China, with over 250 million sold. You may be looking at the future here. 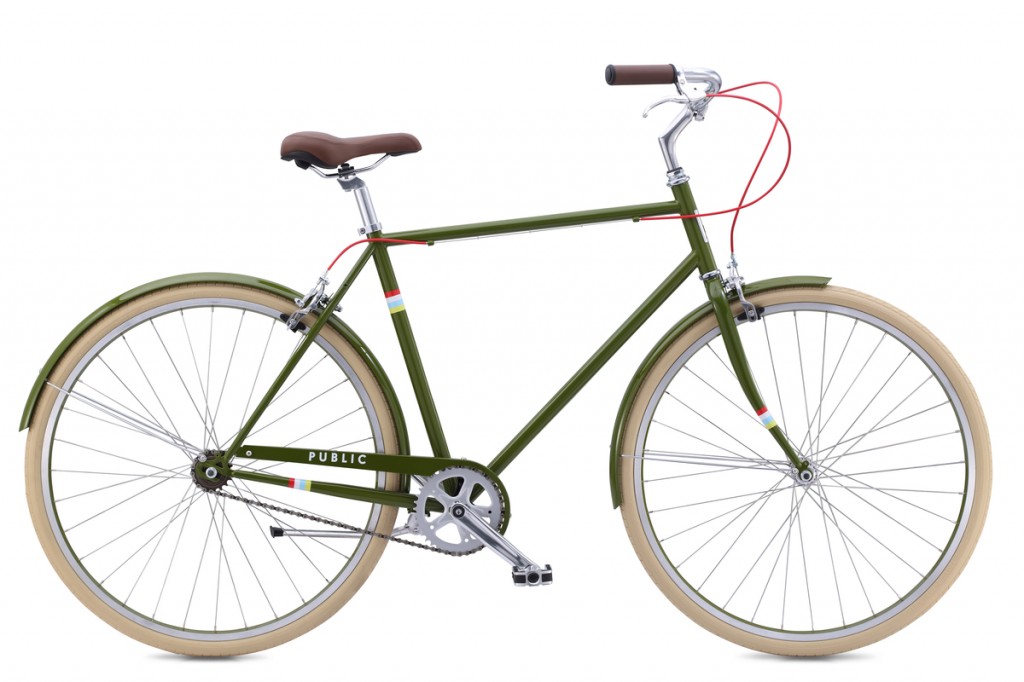 On a budget? PUBLIC’s single-speed V1 is your ticket. Just ($249 during the holiday season!) delivered to your door almost fully assembled, the simple V1 includes fenders and front/rear brakes for about what you’ll have into that clunker you picked up at a garage sale once you’re done replacing all the rusted out parts on it. San Francisco-based PUBLIC was started by Rob Forbes, the visionary behind high-end home furnishings outlet Design Within Reach, after he realized a gap existed between performance-oriented American bikes and European commuter rides. We’d say Forbes nailed it with the simple but elegant V1. 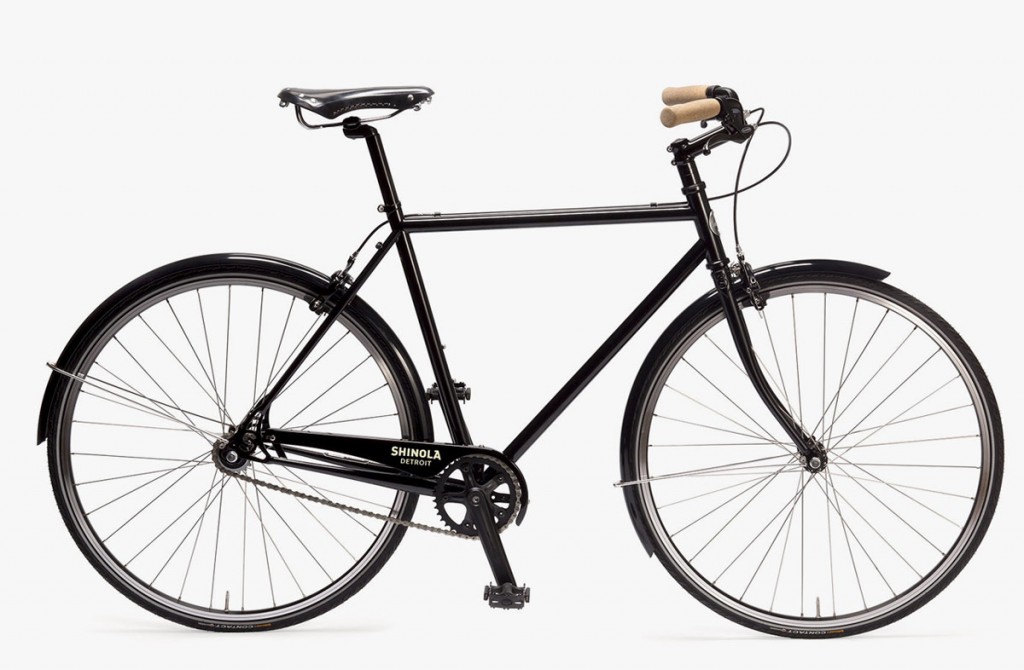 Although better known for its made in Detroit watches, Shinola’s portfolio includes painstakingly-crafted bikes made largely of American components. Even the entry-level model, the Detroit Arrow’s frame is welded together by artisans (in this case Waterford Precision Cycles in Wisconsin) and final assembly is completed at the company’s sprawling flagship showroom in Detroit’s revitalized Midtown district. Attention to detail is a Shinola trademark, and the Detroit Arrow delivers in spades. Cork grips add style and comfort, while standard 3M reflective strips built into the tires’ sidewalls add an element of safety. 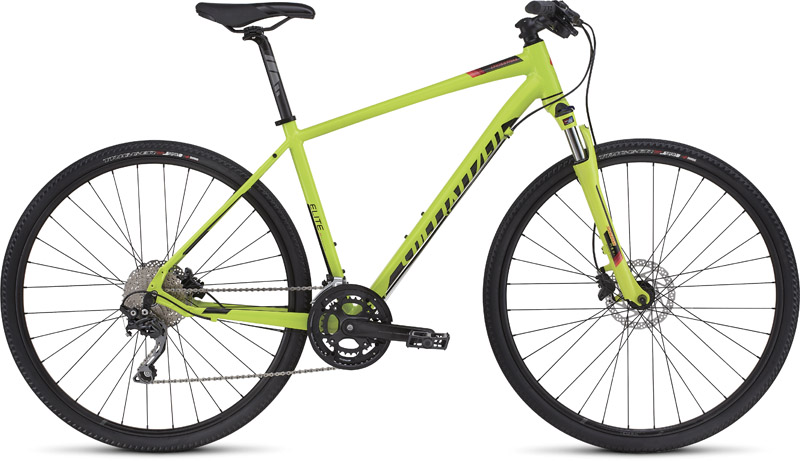 One bike for every ride: That’s the mission behind mega manufacturer Specialized’s Crosstrail, which ranges from about $550 for the base model up to more than three times that amount. With sporty proportions and tires that straddle the line between rugged, durable and fast, the Crosstrail is all things in one package. Think of it as the Subaru Outback of bicycles — a tool as adept at gentle bike paths as it is clawing through potholes in urban Chicago. We like the Crosstrail Elite Disc since, at under $1,000, it boasts remarkably high-grade specs. 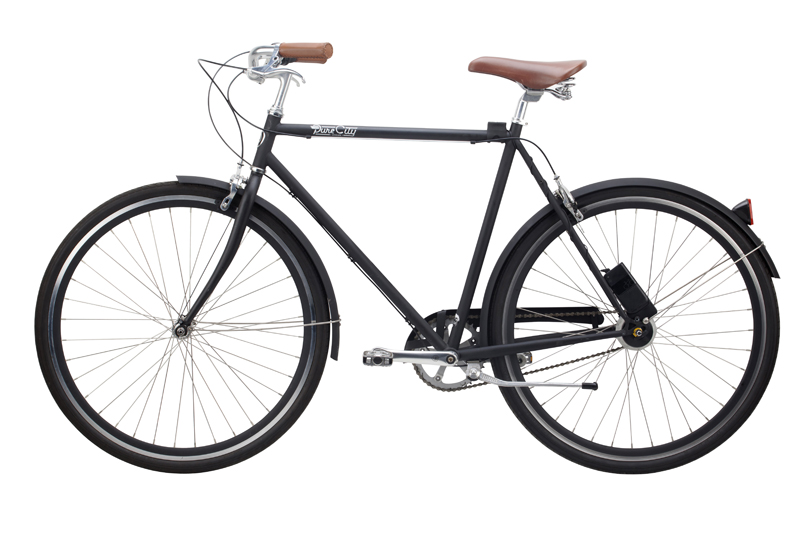 Always on the go? The Pure City Siva Bourbon is your bike of choice thanks to its built-in USB charger. Your pedaling provides more juice for your smartphone or whatever you decide to plug into the USB outlet. Timeless yet thoroughly high-tech, the Bourbon comes swathed in clean matte black paint offset by brown vegan leather grips and a matching saddle. Three gears — and that’s all you need unless you live in San Francisco — are contained within the rear hub, which adds to its durability and low maintenance. 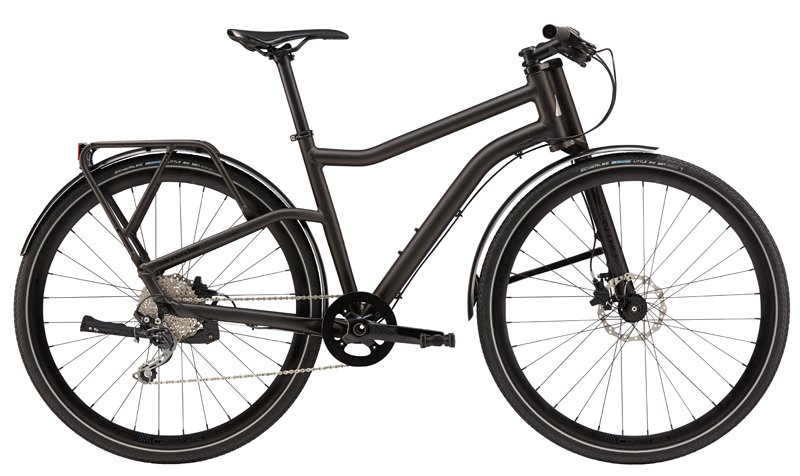 Looking more like a NASA concept from the 1980s, the Cannondale Contro 3 might appear wacky, but it’s exceptionally well thought-out. Cannondale’s base is in Connecticut, just miles from New York City. The Big Apple demands more from bikes than any place in the U.S., so the burly Contro 3 features a rugged but rust-proof aluminum frame, an unconventional Lefty rigid front fork, and disc brakes as powerful as those on those taxis that always seem to have cyclists in their sights. Stylish New Yorkers will also appreciate the Contro 3’s outlandish frame design, which is as functional as it is attractive.