Beyond Alzheimer’s: 7 Types of Dementia Everyone Needs to Know About

Most people prefer not to think about death, however dementia’s prevalence is all but forcing us to ponder our mortality. Despite research suggesting cases of cognitive decline are actually decreasing, there are still plenty of scientific minds who suggest dementia poses a serious concern. One study went so far as to suggest we’ll see 13.8 million cases of dementia in the U.S. by 2050, which is nearly a three-fold increase.

One of the reasons behind the dramatic rise is because the baby boomers, who make up a substantial portion of the population, have begun to reach the age when the risk for dementia starts to increase. And contrary to popular belief, Alzheimer’s disease isn’t the only type of cognitive decline out there.

Alzheimer’s disease is the most common type of dementia. | iStock.com

Alzheimer’s still bears mentioning as the most common form of dementia. In fact, the Alzheimer’s Association reports this disease accounts for 60% to 80% of all dementia cases. Researchers say those with the condition have excessive plaque buildup and protein tangles, but we have yet to understand what role they play.

Aging is the greatest risk factor for developing Alzheimer’s, but it can also strike people who are as young as 30. There’s a lot of debate about whether early-onset Alzheimer’s progresses faster than it does for those who get the disease later on, but one physician associated with Cleveland Clinic says it’s just too difficult to determine. Even if the timeline is the same, the Alzheimer’s Foundation of America reports life expectancy is eight to 10 years after diagnosis.

Trouble sleeping is common for those who have dementia with Lewy bodies. | iStock.com

The National Institute on Aging lists initial symptoms of dementia with Lewy bodies which include difficulty sleeping, hallucinations, and loss of smell. Later on, people with this type of dementia will start to have memory problems and impaired movement.

Though this is a progressive disease, getting a proper diagnosis can still be a huge help since there are treatments designed to help manage certain symptoms. Mayo Clinic says doctors may prescribe medications to help ease movement and minimize hallucinations.

Heart disease and dementia are generally categorized as separate conditions with people giving little thought to how they can overlap. This is a mistake because vascular dementia, which presents itself similarly to Alzheimer’s, has everything to do with heart health.

Plaque buildup in the arteries can lead to stroke, high blood pressure, and other cardiovascular issues. Research continues to show a strong link between cardiovascular troubles and dementia, which means anyone with heart disease would be wise to do everything they can to treat it.

This type of dementia affects a particular area of the brain. | iStock.com

Though memory loss is often the topic of discussion when it comes to dementia, it isn’t always a distinguishing symptom. Frontotemporal dementia, the National Institute of Neurological Disorders and Stroke says, results in behavioral changes or language problems. Memory, on the other hand, remains intact.

Perhaps the most important thing to know about this condition is it’s genetic. Loved ones play a big role in a diagnosis because they, rather then the individual with dementia, are typically the ones who recognize something is off. The Mayo Clinic recommends anyone scheduling an assessment appointment for frontotemporal dementia ask a family member to help them compile a list of symptoms, medications, and what questions to ask prior to arriving.

Making the proper diagnosis can be tricky. | iStock.com

As with dementia with Lewy bodies, Parkinson’s disease that progresses into dementia is characterized by impaired memory, trouble sleeping, hallucinations, and tremors. So what’s the difference between the two? The timeline.

The Lewy Body Dementia Association says those who have a Parkinson’s diagnosis for a year or longer before developing dementia are categorized separately from people who have dementia with Lewy bodies. Such minute distinctions are what make it so difficult for doctors to diagnose the specific type of dementia a patient has. 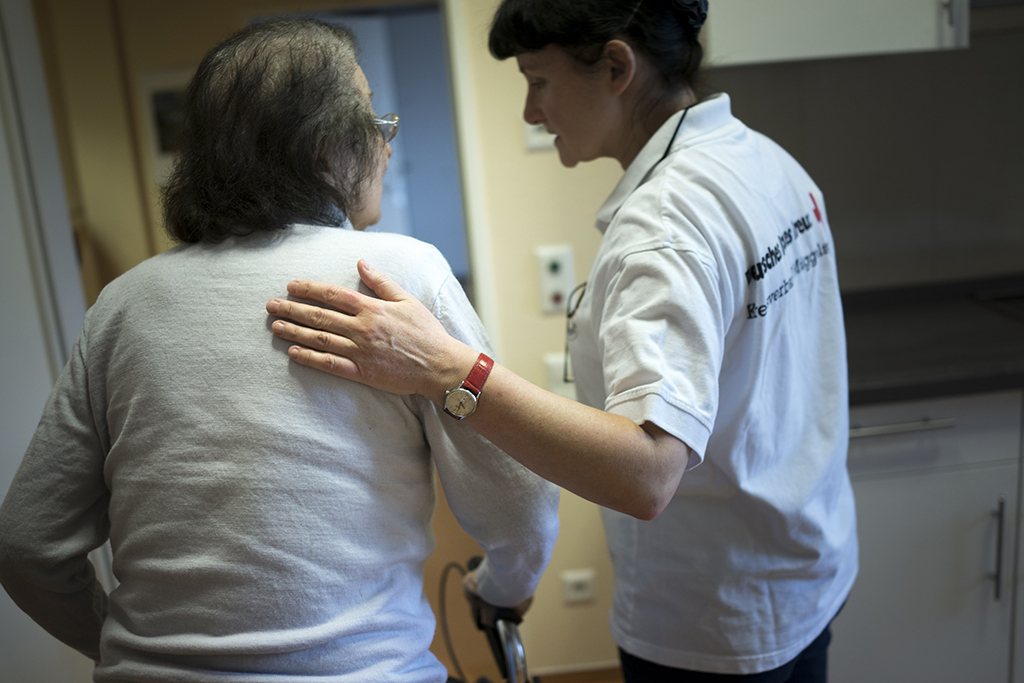 Creutzfeldt-Jakob disease is particularly brutal and rare type of dementia. According to the Alzheimer’s Association, 90% of patients with the prominent Creutzfeldt-Jakob disease die within a year of their diagnosis. Though scientists recognize this condition occurs when a protein in the brain begins to spontaneously change shape, they have no answers as to why it happens.

Healthline says the symptoms of the disease mirror those of other forms of dementia. Depression, confusion, and agitation are all common.

Some cases of dementia involve a few kinds. | iStock.com

As if the different types weren’t hard enough to differentiate, some dementia cases involve multiple kinds. Verywell explains Alzheimer’s disease combined with vascular dementia is very common, though it’s not the only possibility. Autopsies are revealing that many people who were diagnosed with one specific condition actually had mixed dementia.

Because different types of cognitive decline are present in so many ways, symptoms for mixed dementia cover pretty much the whole spectrum. This can make it particularly tricky for doctors to make recommendations for their patients. At this point, we need much more research.