Authorities found his body near a construction site in Phenoix near his home. Because there were no signs of foul play, there was little evidence pointing to a possible cause of death — until an online video he’d posted the day before gave a possible explanation.

The ‘goodbye’ message he posted on YouTube first caused police to speculate a possible suicide. Though it featured heartfelt apologies and chilling confessions, Knight also offered hope to those struggling with their mental health.

Knight hadn’t previously discussed feelings of depression or other mental health issues publicly. But the day before his death, he posted a six-minute video titled “I am Sorry Lord” and discussed his religious background and his regrets, and spoke directly to his family and friends. through tears after urging anyone listening to “get help” even if they didn’t think they needed it.

He began the video by saying, “This is probably my last message on Earth” and went on to confess, “I’ve lived a life of sin. I’ve lied. I’ve cheated, and I stole from many people. I was a taker. That’s why my life ended up where it is now.”

He later said that “Mental illness is serious” and that he hoped posting his video to YouTube would help someone who might be struggling with their own mental health.

“I just want to help somebody out there who’s feeling like me … I just want to at least try to help them out by putting this [online] so other people can hear and can maybe get help.”

Knight also admitted, “I never got help. I denied help. People told me to get help, many people, and I just ignored them. I thought I could do it on my own, when in reality, you can’t really do it on your own. You need to get help. Now.” 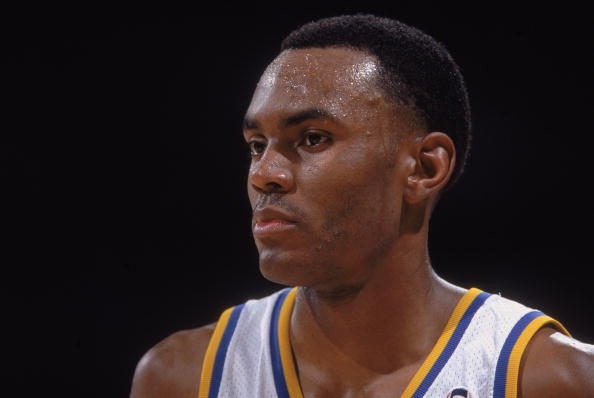 Knight played college basketball for the UCLA Bruins from 1998 to 2002. As a senior, he averaged 14.1 points per game and played as a forward and guard.

Though he didn’t make the 2002 NBA draft, he did go on to play basketball professionally in Japan and France.

He was also a basketball operations assistant for the Northern Arizona Suns, affiliated with the NBA’s Phoenix Suns, in the 2016-17 season.

Upon learning of his death, UCLA Basketball tweeted: “Our hearts are heavy after learning Billy Knight has passed away. We ask that the Bruin family keep Billy’s loved ones in their thoughts during this difficult time.”

Bruins fans were still processing the sudden loss of former player Tyler Honeycutt less than a week before when the news of Knight’s death surfaced. Honeycutt reportedly suffered a self-inflicted gunshot wound in his California home.

The exact cause of Knight’s death is currently unknown.