Can Men Get Breast Cancer? What You Need to Know 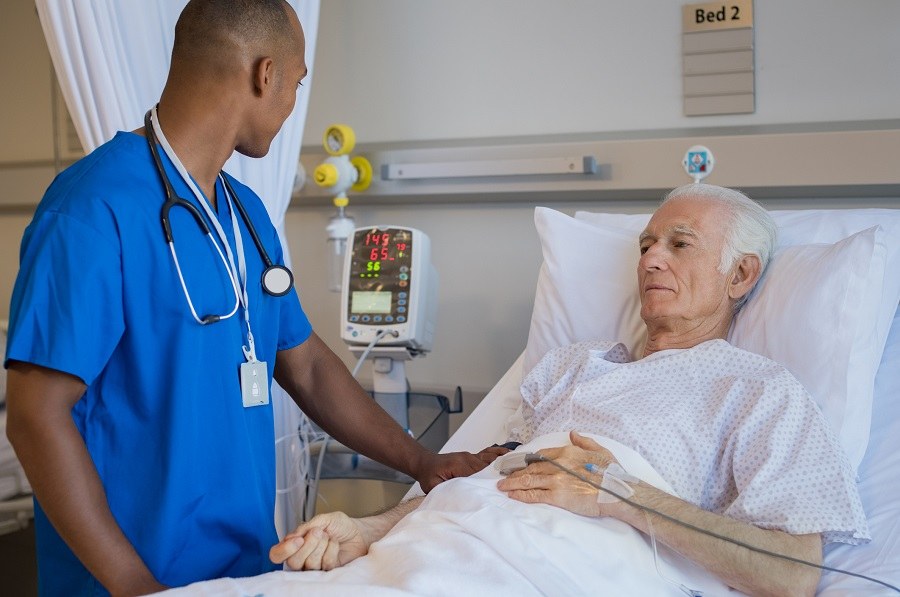 You know by now that breast cancer poses a serious risk to women’s health. The American Cancer Society notes every woman in the U.S. has around a 12% chance of developing the disease at some point in her life, which amounts to one out of every eight. And the ACS estimates around 40,000 women will die from breast cancer in 2018 alone.

So, is it possible for the men to get the disease as well? It turns out that while it’s rare, men can indeed get breast cancer. Here are the facts you should know.

Yes, men can get breast cancer

Men may not have nearly as much breast tissue as adult women, but it’s still possible to develop cancer in the tissue that is present. WebMD explains the breast tissue that an adult male has is similar to that of a prepubescent girl’s. And when it comes to breast cancer, men can get the same types as women do.

We know that breast cancer in men is much rarer — but is it deadlier? It turns out that it’s not typically any more severe than it is in women, but the disease is often caught at a much later stage. This is likely because breast cancer symptoms aren’t on a man’s radar as much as they are for women, so if there are any abnormalities, men are less likely to seek medical advice. Additionally, having less breast tissue means tumors can spread faster through the body, which can make matters seem worse.

Symptoms of breast cancer in men

Men and women have similar symptoms when it comes to breast cancer. And like women, early detection is key for the best chance of survival in men as well. Watch for the following signs, and alert your doctor if you see or feel any abnormalities in your breast tissue:

If you’re experiencing any of these symptoms, don’t delay. As stated before, many men will wait until symptoms become very severe (like bleeding from the nipple, for example) before seeing a medical professional. By this point, chances are the cancer has had time to spread, making it much more difficult to treat.

Risk factors that increase the odds

There are certain factors that can raise breast cancer risk that men need to be particularly aware of. WebMD explains having a close female relative who has the disease can greatly raise the odds. Additionally, having a history of radiation exposure to the chest, liver disease (such as cirrhosis), or disease that affect the testicles are all risk factors to be aware of.

If you’re a male who has taken any sort of drug or hormone treatment that affects your levels of estrogen, this is also something to consider. Excess estrogen can also lead to breast cancer in some cases.