Can You Drink Alcohol If You’re on the Keto Diet?

There’s no denying that going all in on the ketogenic diet (or keto diet) is a lifestyle change. However, does that mean you have to change every aspect of your lifestyle? Apparently not, according to Suzanne Ryan, author of Simply Keto: A Practical Approach to Health & Weight Loss, with 100+ Easy Low-Carb Recipes.

While those on the keto diet replace their carbohydrate intake with fat, there’s one thing they don’t have to completely sacrifice: alcohol. Here’s everything you need to know about drinking alcohol on the keto diet. 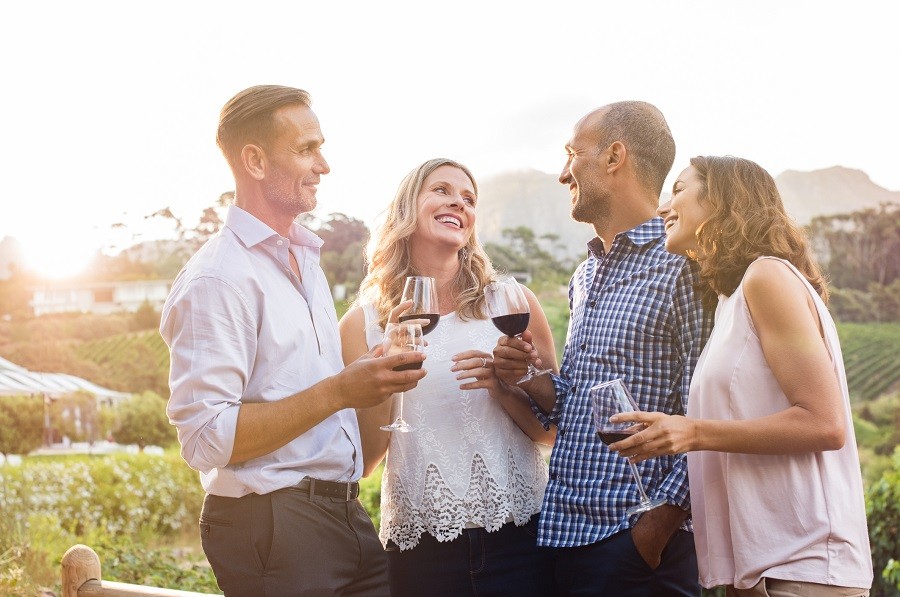 No matter which drink you choose to enjoy, moderation is key. One to two drinks every now and then won’t hurt your efforts — especially if it’s a low-carb option. Ryan advises, “Keep in mind that keto is a lifestyle change, so find a livable balance that works for you. In my opinion, it’s okay to enjoy an occasional drink that is low in carbs, but make sure you keep your health and goals in mind when deciding how much or how often.”

Wine is your best bet

If you’re going to drink alcohol on the keto diet, Ryan suggests wine as your go-to. As long as you go for a wine that isn’t a dessert flavor filled with sugar, your ketone levels shouldn’t be affected. Here are wines Ryan suggests, with a serving size of 5 ounces:

Opt for unflavored and unsweetened liquors

If you’re going to have a cocktail, Ryan suggests going for unflavored or unsweetened liquors. Liqueurs and mixers aren’t keto diet-friendly, but most liquors have zero net carbs. As for the mixer, choose something low-carb, such as a seltzer water or a stevia-sweetened soda. Here are some liquor options that would be acceptable in moderation:

Beer should be your last option

When you’re on the keto diet, beer should be your last choice of alcohol. With gluten and a generally higher carb content, it’s more likely to hinder your weight loss goals. Ryan does understand, however, that you might not want to completely give up enjoying a beer every once in a while. In those cases, here are a few light, low carb beers she’d recommend: