Sadly, drugs and alcohol are present everywhere we look, including in the lives of many celebrities. It seems every year a beloved actor, singer, or famed person loses their life to substance abuse, either accidentally or intentionally. Here are some of the celebrities we’ve lost to drug and alcohol abuse through the years. 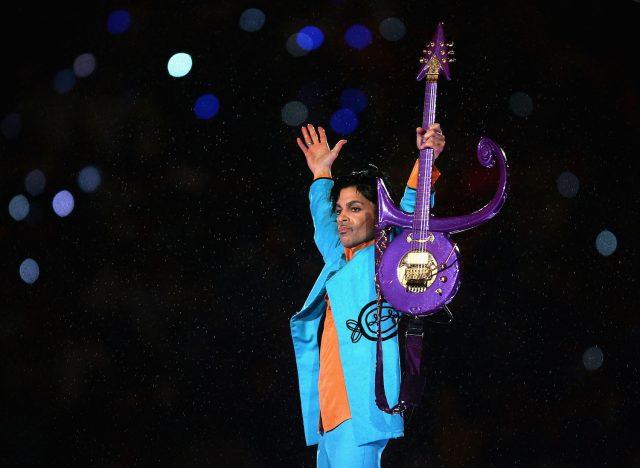 Prince’s tragic death was due to an opiate addiction. | Jonathan Daniel/Getty Images

Prince, the renowned musician, had been suffering from an opiate addiction for some time before his 2016 death. He was found unresponsive in his home and died at age 57; the coroner ruled it an accidental drug overdose. An investigation found that Prince had been taking Vicodin pills laced with Fentanyl (a drug that can be up to 50 times more potent than heroin). None of the drugs found in Prince’s home after his death had been prescribed to him.

Next: This singer penned a tune about her refusal to get help.

Amy Winehouse penned a song about her unwillingness to get help. | Ben Stansall/AFP/Getty Images

Amy Winehouse was just 27 years old when she died in 2011. While many thought Winehouse died from a drug overdose, her cause of death was actually accidental alcohol poisoning. The coroner referred to it as a “death by misadventure” and said her blood contained five times the legal alcohol limit. Her BAC was .416 — the legal limit is .08. Winehouse had struggled with drug and alcohol abuse for a while, and even penned a famed song, Rehab, about how her manager had asked her to go to rehab, and she’d refused.

Next: This rapper died a tragic, untimely death in 2018.

September 2018 was a difficult time for Mac Miller fans, who had so much love for the rapper’s musical talent and relatable songs. Sadly, Mac Miller (born Malcolm McCormick) died of an accidental overdose at just 26 years old. The news shocked fans, as Miller had just announced a new tour, and his most recent album was released in August. In the wake of the tragedy, Miller’s former girlfriend, singer Ariana Grande, posted a loving tribute to the rapper, calling him “the kindest, sweetest soul with demons he never deserved.”

Next: This famed singer battled addiction for years.

Whitney Houston had a voice like no other, but drug abuse took her too soon. | Samir Hussein/Getty Images

Although Whitney Houston’s official cause of death is coronary artery disease, experts believe a long battle with drug addiction is what led to her death at just 48 years old. The toxicology report said that Houston was a repeated cocaine user, and she was acutely intoxicated from cocaine at the time of her death. Houston was found unresponsive in a hotel bath tub in 2012. When the coroner’s report was released, her family released a statement saying they were sad to learn of the results. Houston left behind a teenage daughter, Bobbi Christina Brown.

Next: Houston’s daughter succumbed to a similar, sad fate.

Tragically, Bobbi Christina brown suffered a similar fate to her mother. At just 22 years old and less than three years after her mother’s death, Brown was found unresponsive in the bathtub of her home. She spent months in a coma and rehab facilities with the hope she would get better, but she succumbed to the brain damage and died less than six months after she was found. The cause of death was ruled as lobar pneumonia, with an underlying cause of death ruled as immersion associated with drug intoxication. Morphine, alcohol, marijuana, and other drugs were found in her system.

Next: This jazz singer’s life was cut short due to drug and alcohol use.

Billie Holiday’s life was cut short due to drug and alcohol use. | Evening Standard/Getty Images

Billie Holiday is largely considered one of the greatest jazz singers of all time. Holiday dealt with substance abuse for many years before losing her battle. Biography.com reported that Holiday had begun using heroin when she started dating her trumpeter, Joe Guy. After her mother died, Holiday used drugs and alcohol as a coping method. Holiday’s substance abuse problem had gotten so bad that she was reportedly arrested for possession of drugs while in the hospital. Her official cause of death was congestive heart failure, which was brought on by the aggressive use of drugs and alcohol.

Next: This former model died just months after her daughter was born.

Former Playboy model and television personality Anna Nicole Smith faced many ups and downs in her life prior to her untimely death in 2007. Her son, Daniel Wayne Smith, died from a drug overdose just days after her daughter, Dannielynn, was born. Reports said Daniel Smith was in the hospital room when he overdosed. After Anna Nicole’s daughter was born, there was a long custody battle with the father that plagued the media for months. And just six months after Dannielynn’s birth, Smith died of an accidental overdose in a Florida hotel room.

Next: This actor left behind a young daughter, too.

Heath Ledger’s death came as a shocking tragedy. The actor died from a bad drug interaction, and several different types of drugs were found in his system during the toxicology test. A later report said his sister tried to warn him about the dangerous combination of mixing different pills, but he assured her he would be okay. Years later, Ledger’s father, Kim Ledger, told Us Weekly that it saddens him to think that Ledger’s death was nobody’s fault but the actor’s. Kim Ledger has since been working to raise awareness about prescription drug use in Ledger’s home of Australia.

Next: This television star had millions of young fans who were devastated over his death.

Cory Monteith, who played Finn Hudson on the popular television show Glee, was found dead in a Vancouver hotel room in 2013. His death was caused by an accidental drug overdose, and heroin, morphine, and codeine were found in his system. His then-girlfriend, Lea Michele, broke the news to his mother. Monteith had struggled with abuse in recent years but had discussed life plans with his mother. “Cory didn’t want to die,” his mother told People. Fans were deeply saddened by the actor’s passing.

Next: This musician’s death was one of the most shocking.

The “King of Pop” left a mark on millions. | Carl De Souza/AFP/Getty Images

Michael Jackson’s unexpected death opened up a major legal battle over whether Jackson’s doctor, Conrad Murray, played a direct role in his passing. Murray was sentenced to four years in prison for giving Jackson a potentially lethal dose of the prescription drug propofol, which directly led to his death. Murray was released after just two years in prison. Jackson’s death was one of the most surprising, untimeliest deaths Hollywood has ever seen.

Next: This Heartbreaker’s accidental overdose led to cardiac arrest.

Tom Petty had been taking several types of pain medication when he went into cardiac arrest and died in 2017. Petty had been prescribed painkillers including Fentanyl and oxycodone. He’d also had a generic Xanax prescription, sleep aid, and antidepressant prescribed to him at the time. The cause of death was ruled cardiac arrest due to drug toxicity. His family believes a hip injury had caused him unbearable pain and resulted in the accidental overuse of his prescribed drugs.

Next: This country singer’s death was believed to be alcohol related, but some people have other theories. 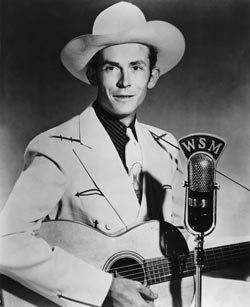 Famed country singer Hank Williams had battled substance abuse, specifically alcohol, for years, but his death was quite mysterious. It was ruled a heart attack, but he had been drinking alcohol and reportedly got a shot of morphine around the same time, which may have caused a bad reaction and led to his untimely death. He was just 29 years old when he died on New Year’s Day in 1953, and the cause of death was listed as heart failure in response to the lethal drug and alcohol combination. However, some rumors have suggested that foul play was involved, since the man who discovered that Williams was dead wasn’t able to easily provide a story on what had happened.

Next: This actor was tragically found dead when he never arrived to pick up his children.

Actor Phillip Seymour Hoffman’s death was due to combined drug intoxication. Hoffman’s death was ruled an accident, but he had several drugs in his system including heroin and cocaine. The investigation found nearly 50 envelopes filled with what investigators believed to be heroin in Hoffman’s apartment. Hoffman was found in his bathroom after he failed to pick up his children that day.

Next: This performer’s lifestyle likely played a role in the cancer that killed him.

David Bowie had an alcohol problem for many years. | Nils Meilvang/AFP/Getty Images

Liver cancer is what ultimately took David Bowie’s life, but experts suspect years of alcohol abuse led to the disease. Bowie, a famed musician, died at 69 years old in 2016. He had begun attending alcohol abuse recovery meetings during the last weeks of his 2003 Reality tour. Alcohol abuse often leads to cirrhosis, which can make one more susceptible to liver cancer. But it’s also the rock star lifestyle Bowie led that presented many risk factors for the disease: Alcohol, drugs, a poor diet, etc. Bowie also reportedly suffered six heart attacks during his life. He left behind his wife, Iman, and a teenage daughter.

Next: This actress got her professional start at 13 but passed away at just 47.

Judy Garland, well-known for playing Dorothy in The Wizard of Oz, died from an accidental drug overdose in 1969. She had overdosed on barbiturates, or sedatives, which resulted in an untimely death at 47 years old. Garland was renowned for her acting roles, and she began her professional career at 13 years old. According to The List, friends said Garland was in a good mood the night before she died, and she was happy to have recently married her fifth husband. Some attributed a failing acting career (she hadn’t gotten many starring roles in years), to cutting her life short.