You’d Be Wise to Steal These Celebrity Weight-Loss Secrets

There are plenty of tips, tricks, and secrets we’d love to glean from our favorite celebrities. But one that tops nearly all of them is our desire to find out what’s behind their uncanny ability to shed pounds, all while flaunting their lean muscle like it’s the easiest thing in the world. Because, let’s face it, anyone who has hit the gym with a personal trainer — or followed a strict diet that yields actual results — knows it calls for near-superhuman strength. So, without further ado, here are the top 21 celebrity weight loss secrets you’ve been dying to try.

1. Jennifer Hudson: Do it for yourself

American Idol star turned Academy Award winner Jennifer Hudson doesn’t let anyone else’s wants or wishes factor into her desire to shed pounds. In fact, her biggest inspiration is herself. “You have to want to do it. And you can’t let what everyone has to say overshadow what you want for you,” she told People. It’s that inspiring mindset that enabled her to go from a size 16 to a size six, and earned her the title of spokeswoman for Weight Watchers!

2. Melissa Joan Hart: Get your friends on board 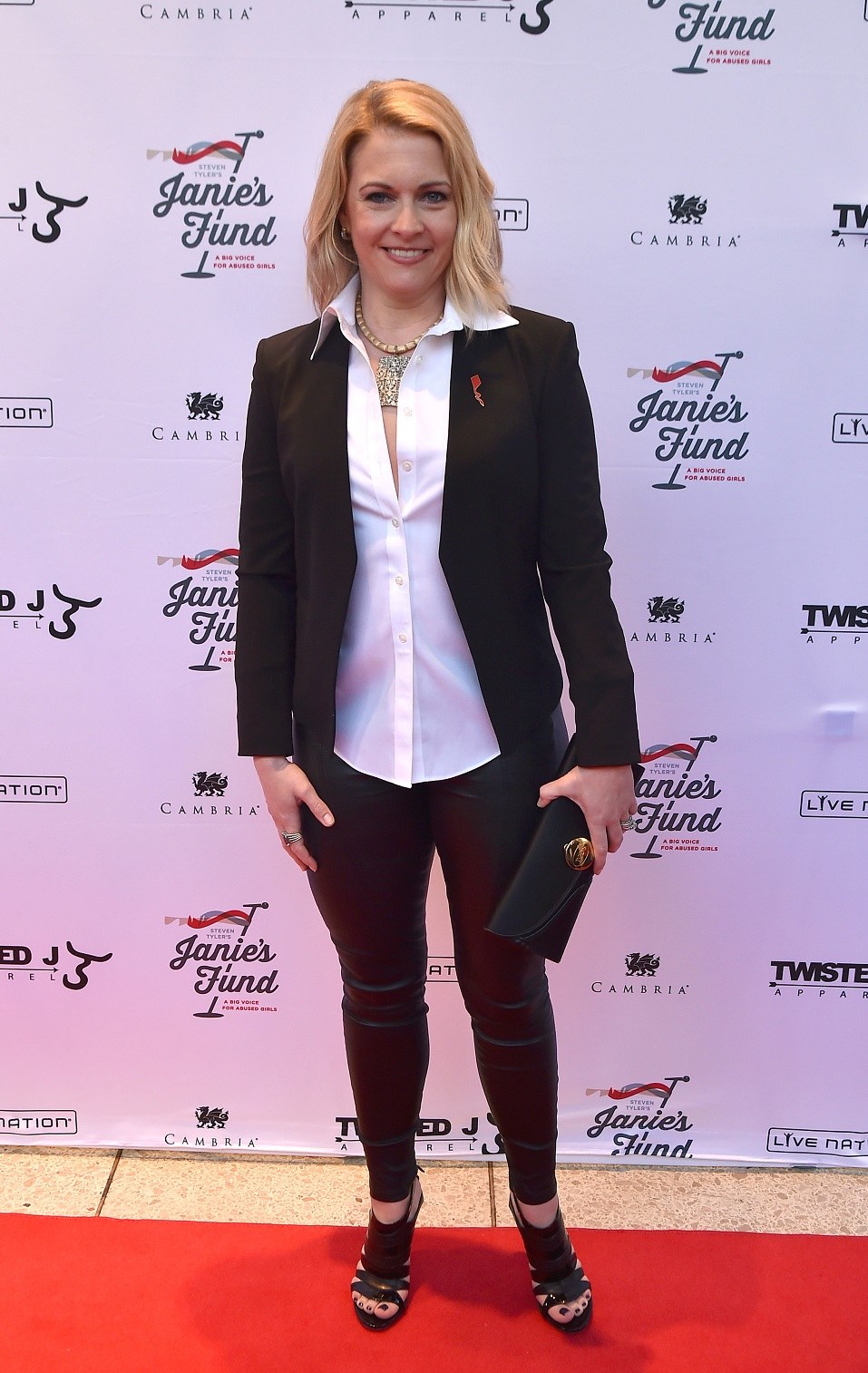 You won’t find the Clarissa Explains It All star huffing and puffing at the gym solo. Actress Melissa Joan Hart attributes working out with friends as her solution for keeping off the post-baby weight. “I make it a social event. I chitchat with friends on walks, or run with my husband,” she told Us Weekly. And clearly her method has worked — she’s burned off a total of 60 pounds since her third child! 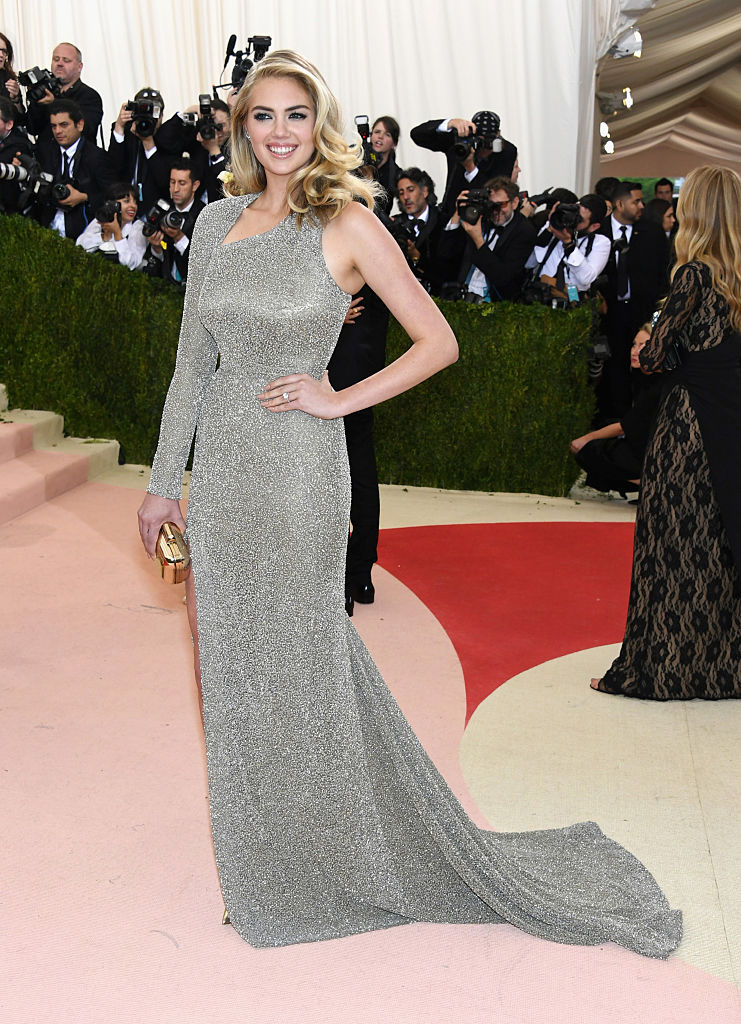 Despite how it sounds, there are no needles involved in this meal plan. Created by Dr. Peter D’Adamo, the Blood Type Diet calls for first identifying your blood type, and then eating certain foods that are considered by scientists to be more easily digestible for you. According to Kate Upton’s trainer, Justin Gelband, it’s what helps her keep her curves. “Your blood type has a lot to do with the way your body digests, processes, and metabolizes food. The method is 90% accurate,” he told Shape. 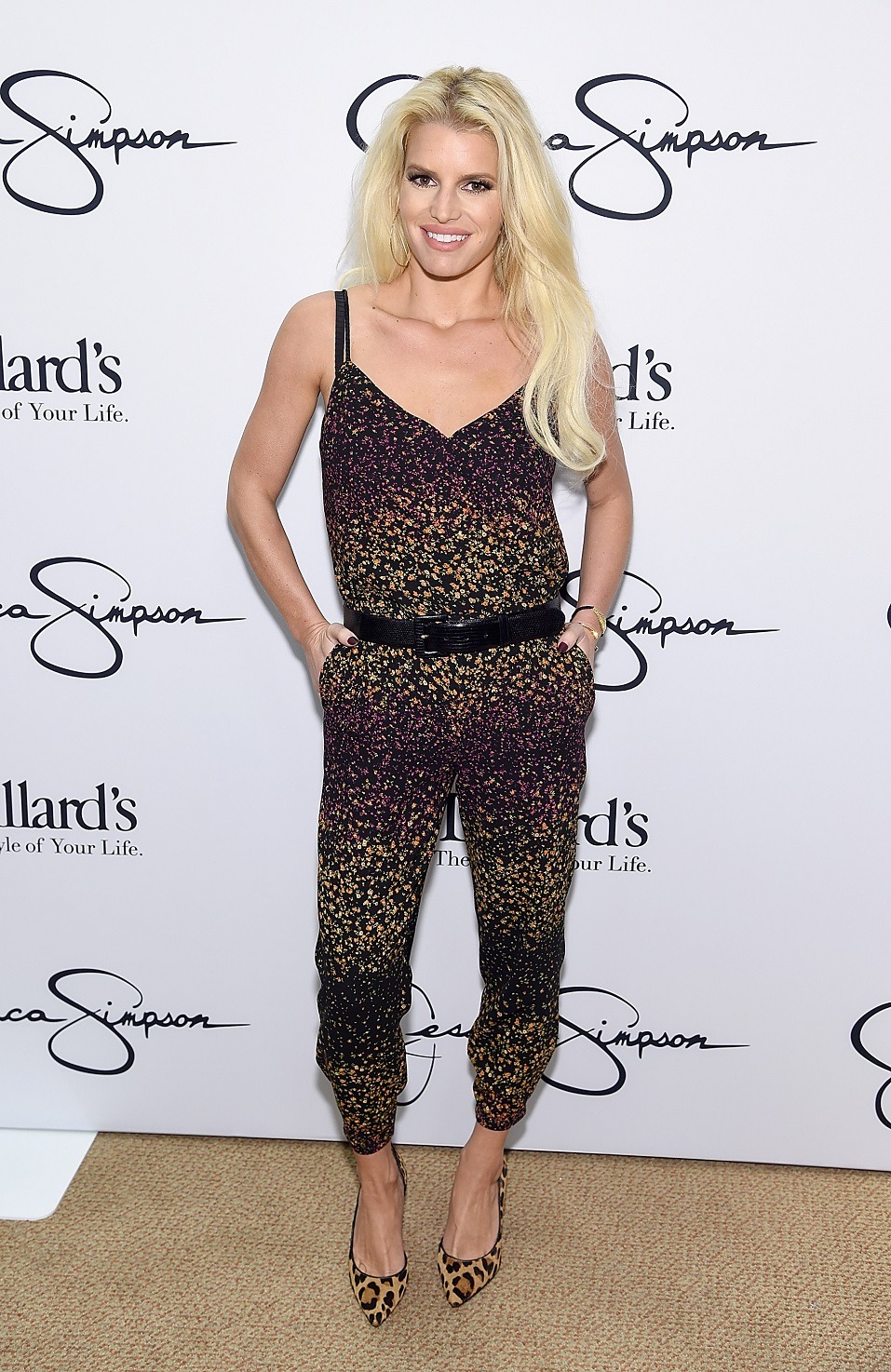 The singer and mom of two has made headlines in recent years mostly for her dramatic weight loss. After gaining an estimated 60 to 70 pounds during her first pregnancy, Simpson now fits back into the Daisy Duke shorts that helped catapult her career. While she wholeheartedly credits Weight Watchers for helping her learn to eat smarter, especially during her second pregnancy with baby Ace, she says logging in a whopping 8,000 to 10,000 steps a day (in addition to her regular workouts) does the trick. 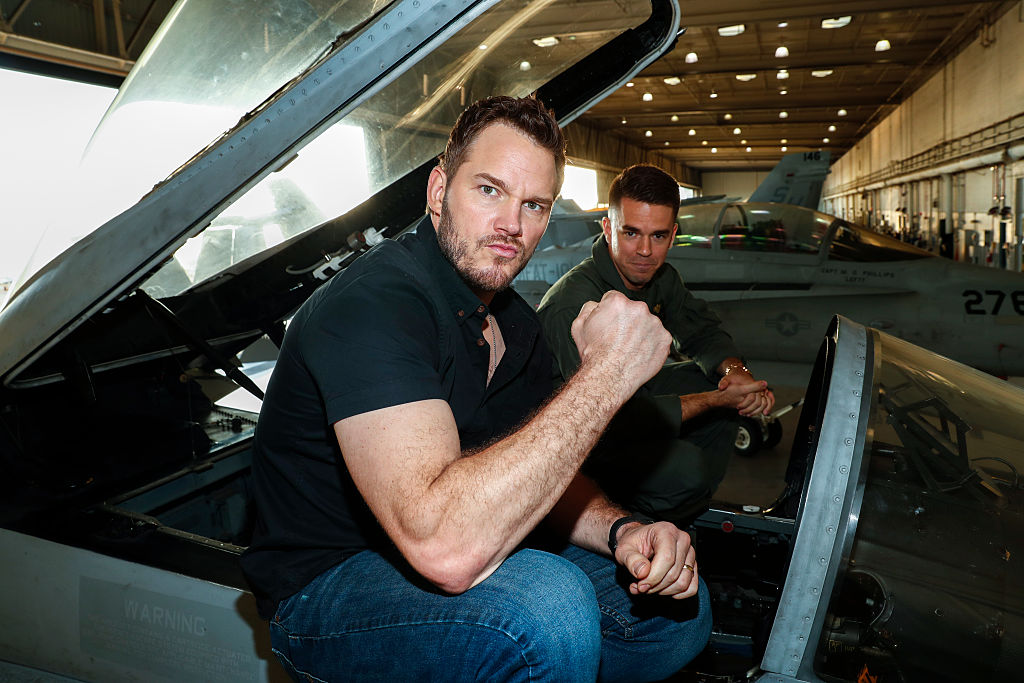 Chris Pratt, who got his start starring as “Andy” Dwyer on NBC’s Parks and Recreation, shed his 250-pound figure with a committed gym routine that called for a whopping 500 push-ups a day! And while he credits the intense workouts for his weight loss, he told People that it took quite the toll on his body. “I felt terrible afterwards, had to get shoulder surgery, and I wore myself down doing that because I didn’t have the proper coaching,” he said. 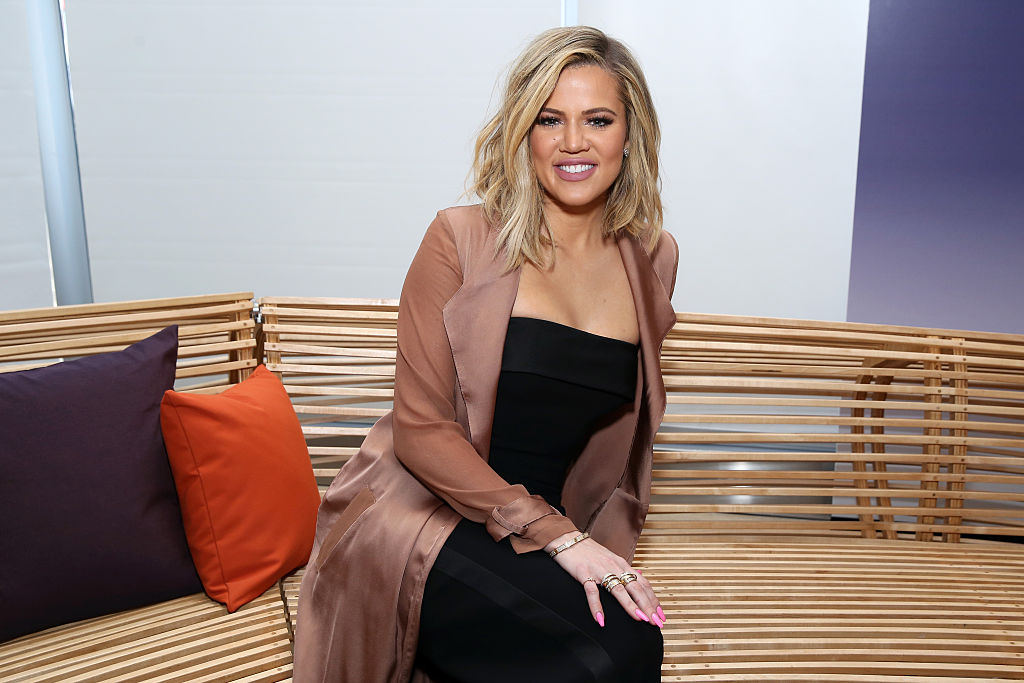 While it might sound counterintuitive, the middle Kardashian sister, Khloe, says that not weighing herself and giving less attention to the number on the scale helps her lose weight. In fact, she claims she doesn’t even own a scale! The same goes for avoiding numbers on clothes she buys, too. “If I am a size 10 in an outfit, that’s just what size that designer made,” she told People. Her determining factor in whether or not she’s gained or lost weight? How her clothes feel on her body and how she feels inside. Inspiring! 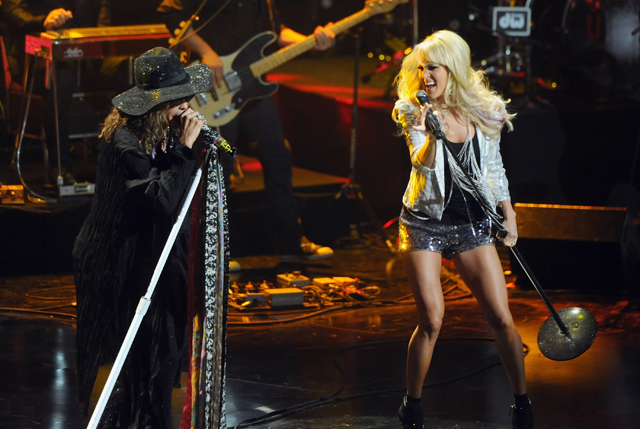 Carrie Underwood, the vegan country crooner and American Idol Season 4 winner, confessed to taking diet supplements to shed pounds in her younger days. But now she’s chosen a healthier route: working out consistently with a personal trainer and making dinner a breadless meal. She told Shape in 2015: “I’ll have a bowl of oatmeal for breakfast, and I’ll make a sandwich on Ezekiel bread for lunch, but in the evening I’ll have protein and vegetables and no bread. When I wake up, my belly is flat!”

When you’re a busy, in-demand actor like Matthew McConaughey, your time is limited. That’s why he depends on short mini workouts throughout the day to keep him fit. “I’ll drop and give myself 20 push-ups at intervals throughout the day. 9 a.m., bang out 20. Sitting in a boring meeting at 10:30 a.m. Bang out 20. I do that 10 times throughout the day, I’ve done 200. Or even mix it up with crunches, squats, whatever. Also, I have a 12-pound medicine ball. I’ll just think, Pick up the medicine ball and don’t put it down for 30 minutes. Try that once. You will have a workout, man,” he told Men’s Health.

9. Lucy Liu: Add some Pilates to your exercise routine 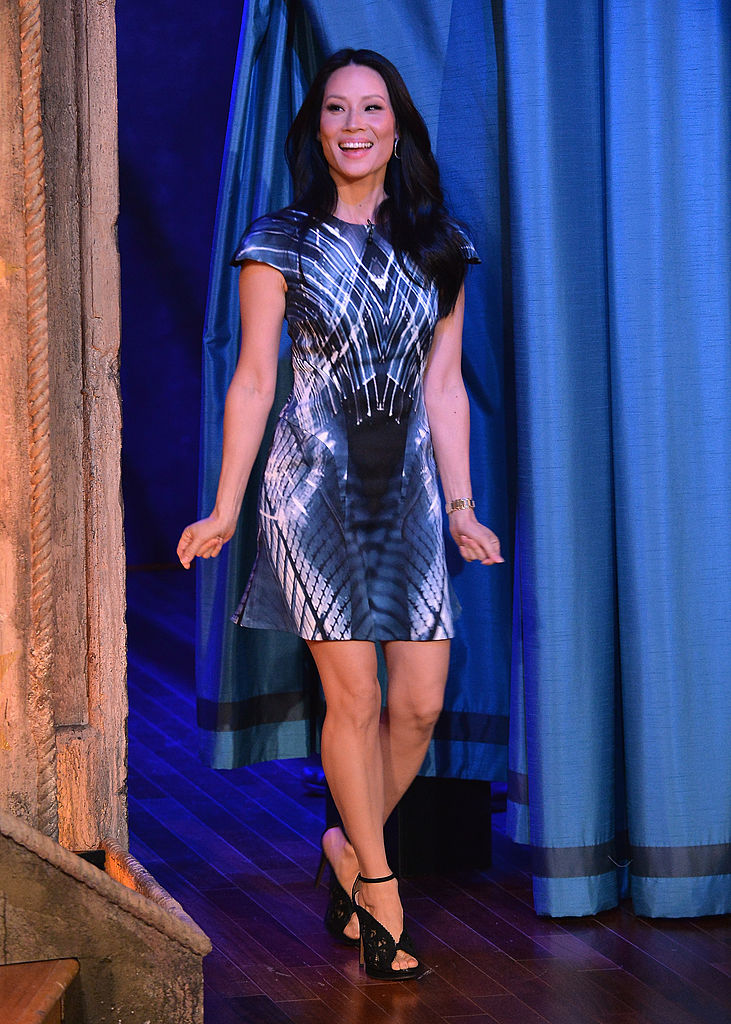 Lucy Liu, the Charlie’s Angels star, is known for her toned and muscular physique and the badass karate moves she frequently displays on screen. But in real life, the actress tends to lean toward a softer approach: Pilates. The low-impact workout focuses much more on slow and controlled movements rather than high-cardio moves. “Pilates introduced me to muscles I never even knew I had,” she told Fitness Magazine, adding that soon she “started to feel longer and leaner.” In addition to doing Pilates at home, she credits running on her treadmill as the fastest way to lose weight.

In a newsletter for her personal weekly lifestyle publication, GOOP, actress Gwyneth Paltrow got real about the “strict diet” that her fellow business partner and trainer, Tracy Anderson, put her on. To help her lose her extra winter weight, she’d start the day with green tea and a thinkThin bar or CleanShake. Next, she’d sip on a glass of kale juice mid-morning, while sticking to a low-carb and low-calorie lunch. And, of course, she’d have another glass of kale juice in the afternoon. “This regime got me into the best shape of my life, and I continue to return to it when I have a specific event so that I can do ridiculous things, like be a 37-year-old mother of two and wear shorts!” she wrote to her newsletter subscribers. 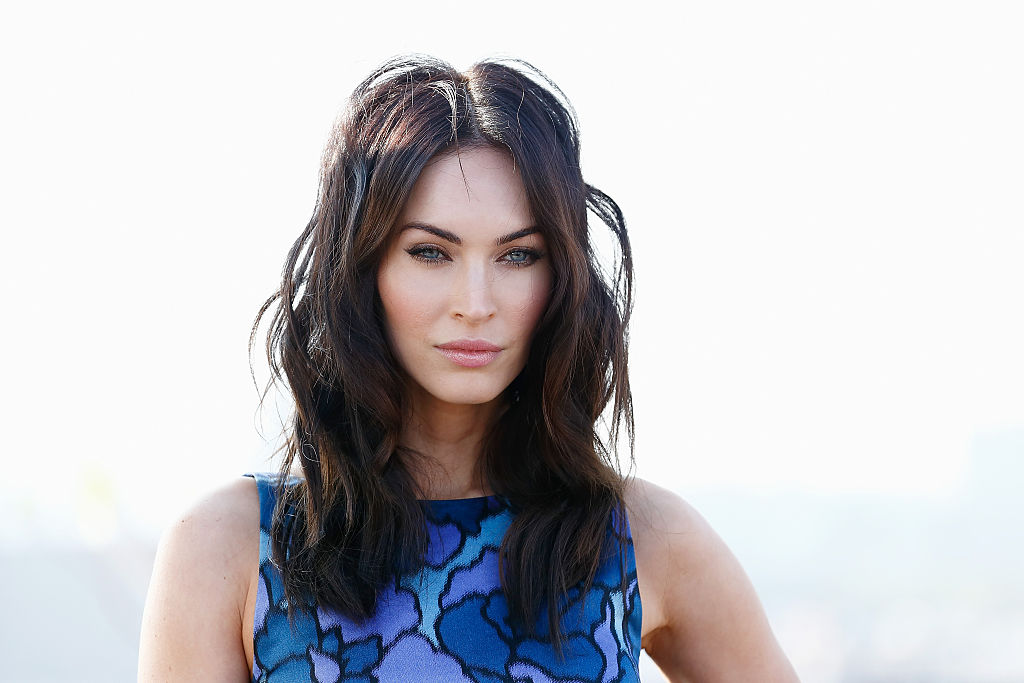 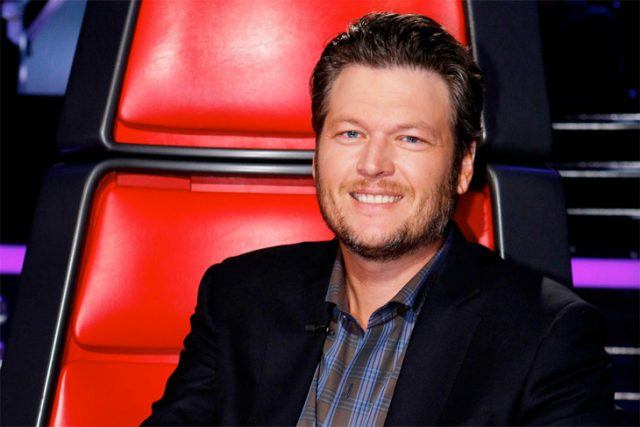 According to Blake, you should just be single. | NBC

Anyone who’s been dumped or experienced a breakup of any kind knows it’s pretty earth-shattering. But for Blake Shelton, it was one of the best things ever — at least for his looks. The country crooner got a serious revenge bod after splitting up from country star Miranda Lambert. “The whole stress of getting through all of that is just … it was just weird. I’m not eating as many fried pickles and stuff. I’m doing great. I am,” Shelton told The Huffington Post. “[You] just stay as busy as you can to kind of keep your mind off of everything.”

13. Natalie Portman: Stay away from butter

Actress Natalie Portman shocked audiences with the dramatic weight loss she endured for her role in Black Swan. Still, more people are fans of her day-to-day appearance, which is about 20 to 30 pounds heavier and significantly healthier. To maintain her sleek physique, Portman credits barre workouts, resistance training, and frequent swims, as well as trying her best to stay away from dairy products like cheese or buttery croissants. 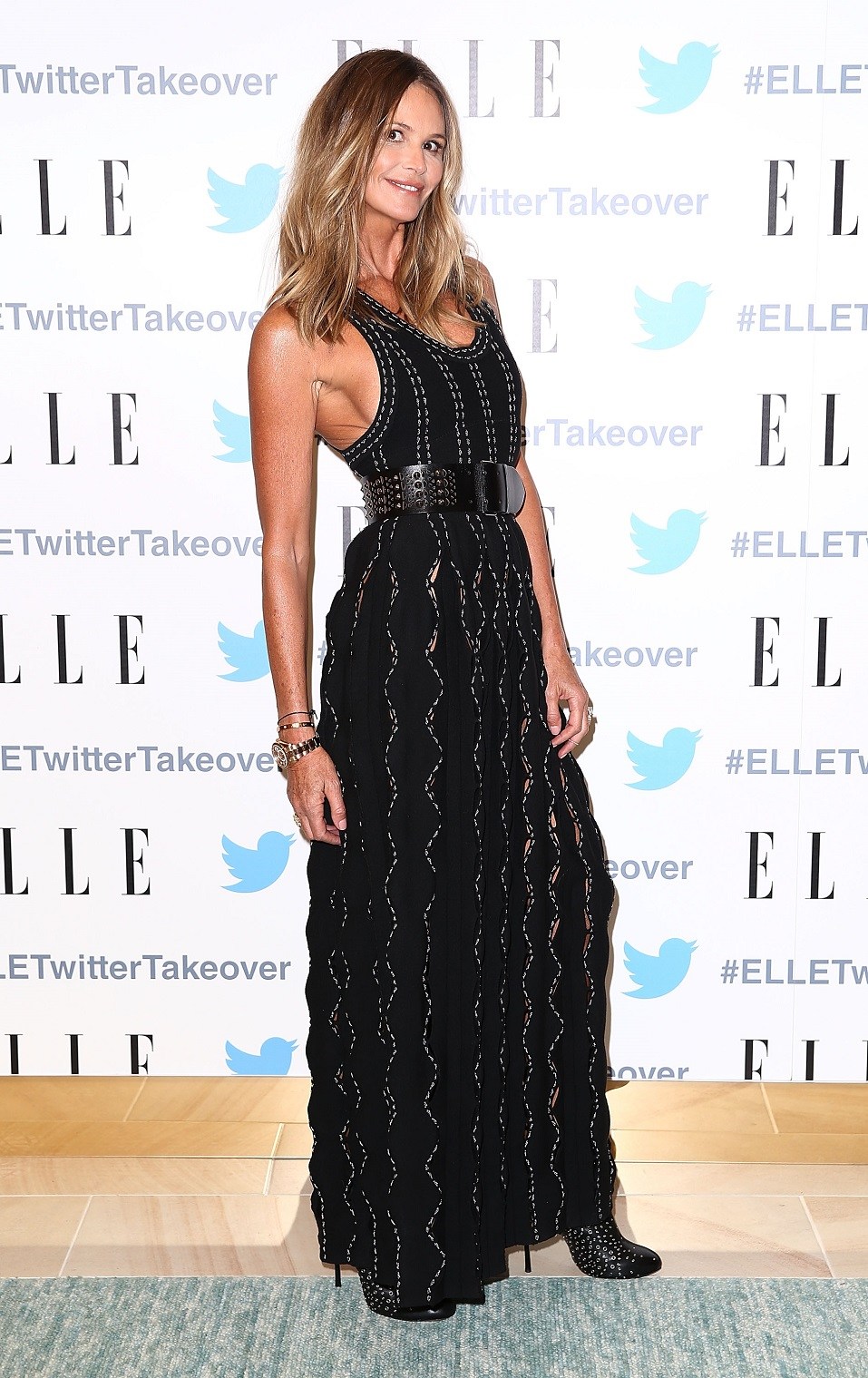 Australian supermodel Elle Macpherson didn’t earn her nickname “The Body” for nothing. In fact, she owes her tiny waist to the popular pH-based alkaline diet, which calls for cutting out red meat, wheat, dairy, sugar, and processed food. The main idea is to create the optimal pH balance for your body that’s free of acidic foods — aka a ton of clean eating.

It doesn’t get more strict than English supermodel Rosie Huntington-Whiteley’s diet, but she claims it’s what makes her feel amazing (though she admits it’s hard as hell!). The diet, created by naturopathic doctor Nigma Talib, is meant to create a leaner bod that gives you more energy. But that doesn’t mean she’s not reminiscing about her pre-diet days. “I miss a glass of wine, I miss my cheese plates, and I miss my croissants,” she told Glamour.

Mega-rapper Jay-Z has never been known for being particularly heavy, but at the same time, he has never been known for being particularly in shape either — that is, until his wife Beyoncé put him on a strict, plant-based diet. Known as the 22-Day Revolution, it calls for committing to an entirely plant-based diet consisting of three meals a day for a solid 21 days. The 21-day concept is meant to represent the amount of days it takes for you to make or break a habit. 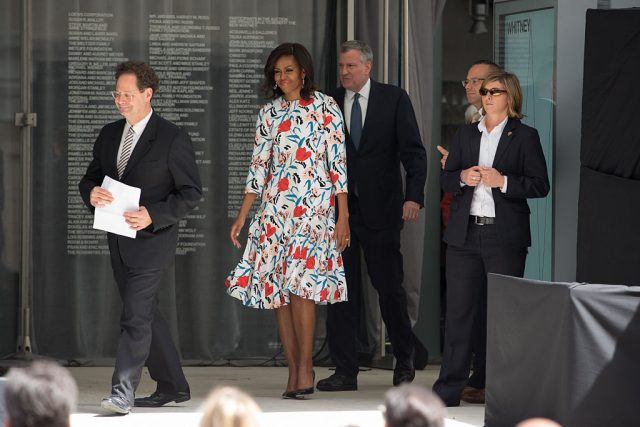 We still can’t get over the former FLOTUS’s killer, toned arms, but now we know why and how Michelle Obama earns them: She gets up at 4:30 a.m. or 5 a.m. each morning to do cardio and weights. Talk about commitment! And while she’s strict about making it to her daily gym sessions, she’s not a fan of dieting. “I try to keep my weight at a certain level … and I’ve found that as I get older … I don’t like to diet. I like food. I don’t like to have to worry and count every calorie … I just don’t like to live that way,” the Daily Beast reports she told iVillage when she was their guest editor-in-chief back in 2011.

Perhaps the app’s most famous user, Kate Hudson stays trim by inputting all of the calories she consumes from every meal. And, as it turns out, she got introduced to the app by another very famous friend. “My friend Ginnifer Goodwin told me about this app, MyFitnessPal, and then I got obsessed with it, because knowledge is power,” she told Self Magazine. “I memorized everything, so if anything gets on the table, I literally know how many calories it is,” she added.

It seems Eva Mendes, the brunette bombshell, is always in killer shape — even after giving birth to two babies! One way she maintains her figure is by following a balanced diet plan that includes a ton of omega-3 rich fish, like salmon, tuna and grouper, and loading up on whole grains like brown rice and quinoa. She’s also admitted to cutting red meat from her diet. “After a year of eliminating it, my skin looked brighter and healthier overall,” she told Women’s Health. 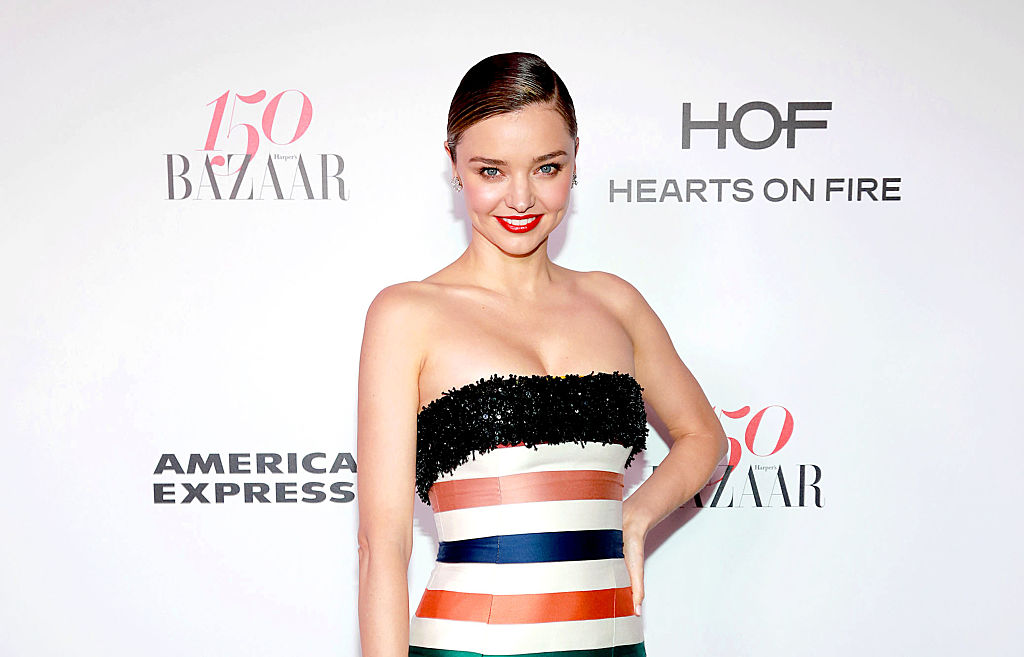 While we’d like to assume that her toned and tanned physique comes from incredibly intense workouts in the gym and a strict diet of lettuce and … spinach, according to the supermodel, that’s not totally true. Surprisingly (or not) her secret is sex — and lots of it. “One thing I’ve noticed is now that I’m having less sex, my body isn’t as toned. The more sex I have, the more defined my arms and stomach get,” she told British GQ. Not a bad way to shed the weight!

Low carb is the way to go (if you want to look like Kim Kardashian, that is!). When the reality television star needed to shed pounds quickly after gaining more weight than she would have preferred during her first pregnancy with baby North, she hopped on the Atkins Diet to lose the 60 pounds. What does that entail? Lots of fish, poultry, lean meat, healthy fats (like avocado and nuts), and dairy.