Women Say These Chivalrous Acts Need to Die in 2017

Chivalry is a list of unwritten rules for courting, a general formula for how to dress, and the idea that every woman wants to be treated exactly the same way. The problem with that idea is that while some ladies swoon at the idea of more traditional acts of valor, many others wish these acts of courtship were extinct.

Now, this doesn’t mean that all forms of courtly behavior should be chucked to the side! Frankly, the quickest fix is knowing which common-but-misunderstood acts of chivalry need to be fine-tuned. Here are seven chivalrous acts that many women are not fond of — and how they can easily be updated. 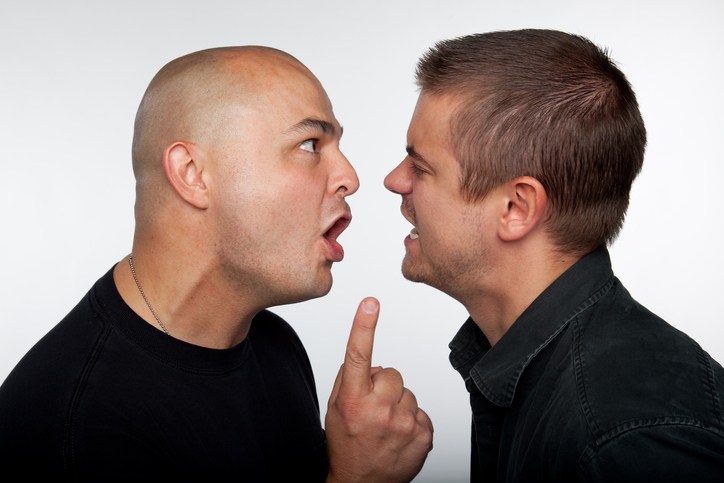 Most women would prefer your support rather than you stepping in to scream at someone. | iStock.com/gastonlacombe

Say someone steps on your date’s foot in the middle of a crowded bar and then makes a scene about not wanting to apologize. Modern-day gallantry suggests stepping up in her defense. But this custom takes a bad turn when standing up for her turns into a full-blown fight, whether it’s with verbal insults or physical violence. The practice of defending her honor suggests she can’t stand up for herself. (And, if the situation turns into a physical fight, it can leave you looking like a hot-tempered goon.)

Courtship quick fix: As The Huffington Post explains, modern chivalry “doesn’t have to be about protecting, but supporting.” In this case, she needs support against someone being rude to her — not for you to fight a war. Refrain from throwing punches or spewing verbal jabs, and instead interject some words that will, hopefully, diffuse the situation. And if the opposing party is looking to start a fight with you, consider getting out of there. It’s better than being a jerk.

2. Ordering everything for her at a restaurant

There is no harm in letting her ordering for herself. | iStock.com/ m-imagephotography

This practice always conjures up the memory of the scene in Titanic when Cal pompously orders on Rose’s behalf. But you don’t have to be a snooty upperclassman to be guilty of making this move, which many ladies don’t like. Insisting on placing her order makes it seem as though she isn’t allowed to speak to the waiter. Or even worse, that you don’t think she can verbalize her own decisions.

Courtship quick fix: Simply gesture in her direction to let her order first. It’s polite without being overbearing. And if she’s still deciding and gives you the go-ahead to place your order for yourself first, that works out, too.

3. Carrying her heavy groceries for her — without asking

For starters, no — there is nothing wrong with offering to carry someone’s heavy grocery bags. That being said, reaching out and carrying a woman’s bags for her without asking isn’t so great. While you might think you are being polite, this act of “chivalry” can imply that you don’t think she’s able to carry her own things.

Courtship quick fix: Start off by offering to help carry a few things. This shows that you care, without insinuating you think she’s weak. 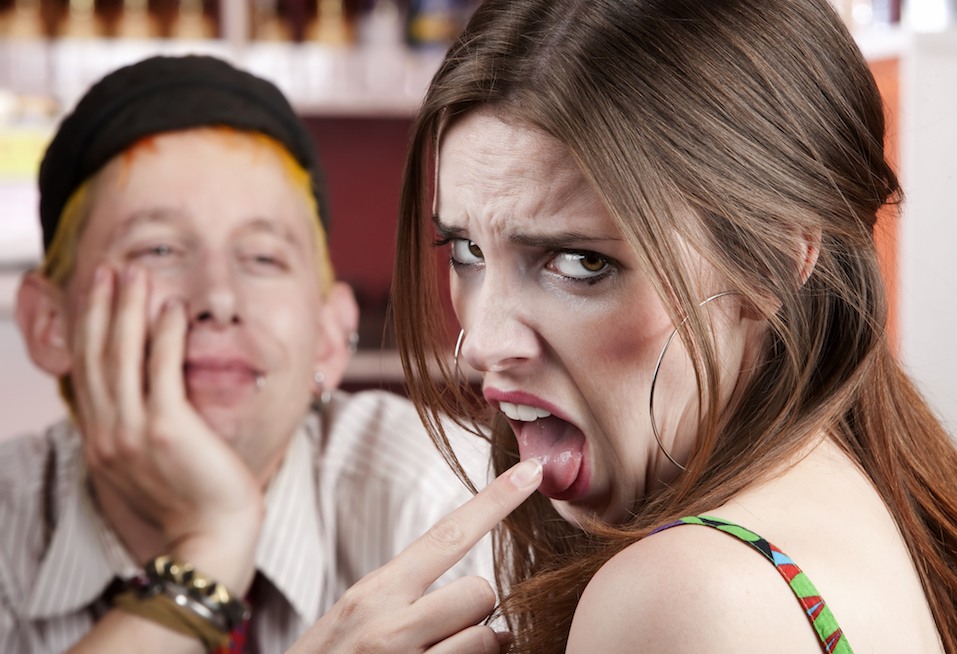 Take it down a few notches. | iStock.com/CREATISTA

Compliments can brighten anyone’s day. But this act of chivalry is frequently taken overboard. Yes, noticing and complimenting a new dress or hair cut is wonderful. But showering her with too much praise can start sounding insincere, or like you have an ulterior motive. Plus, if you’re on a first date or just getting to know each other, too many of these phrases can come off as smothering.

Courtship quick fix: By all means, compliment her when you notice something, perhaps right when you first see each other. Then leave it be. A little flattery goes a long way.

5. Pulling her chair out for her 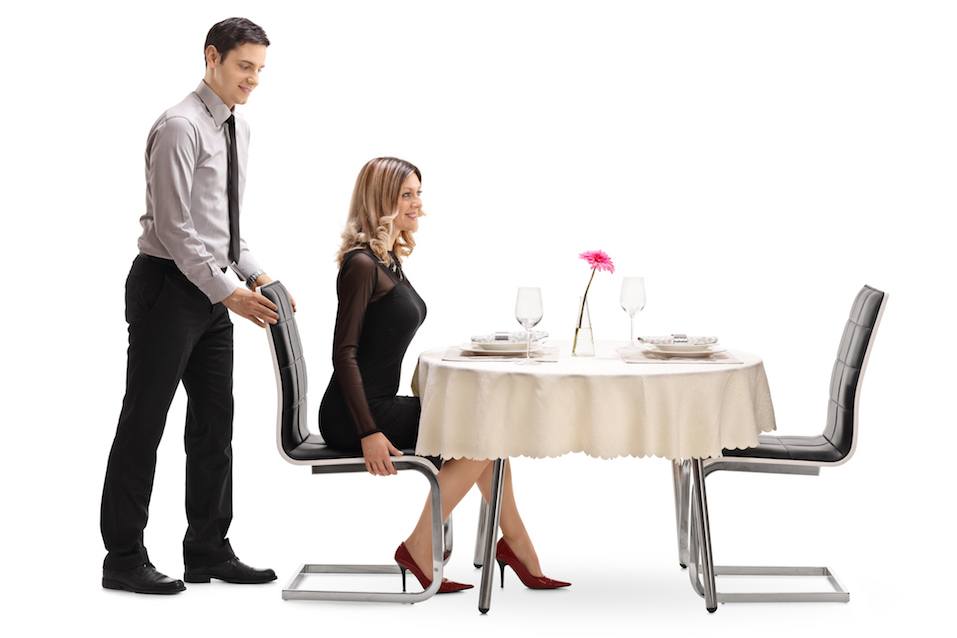 Gentleman helping his girlfriend with the chair | iStock.com/Ljupco

It seems like anywhere you see dating advice for men, there is the suggestion of assisting your date with her chair. But this act of restaurant-based gallantry can actually make a situation turn awkward in a hurry. There is the uncomfortable song-and-dance of trying to figure out how far away from the table to pull the chair out in the first place. Then, comes the bumbling practice of gracefully scooting the chair back in with her sitting in it — you know, without squashing her against the tablecloth like a bug.

Courtship quick fix: Stick to subtly pulling the chair out for her, and then let her sit and situate it to the right position.

6. Insisting on a fancy first date 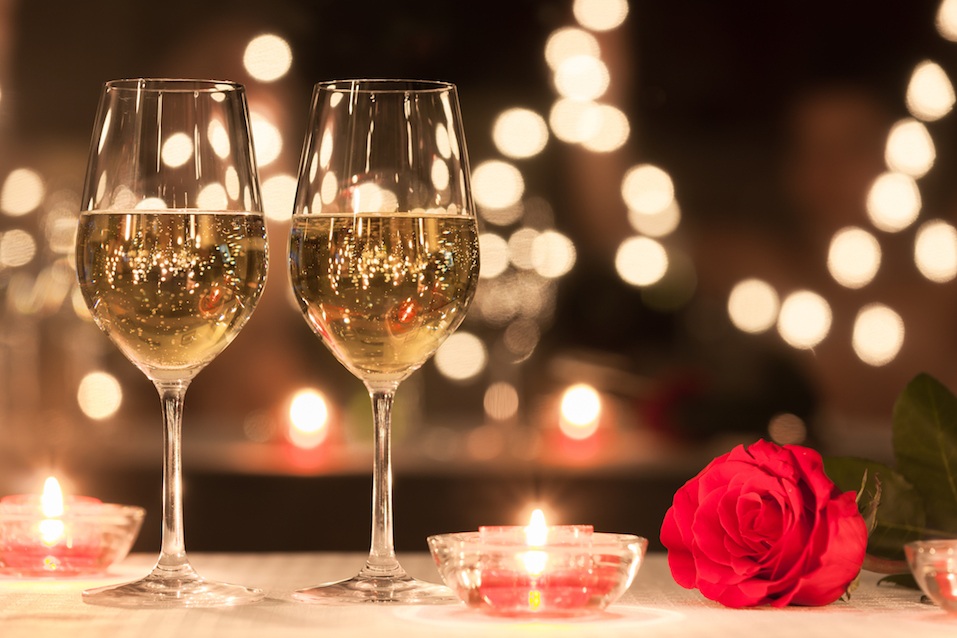 Overt romance can feel like way too much pressure.| iStock.com/kieferpix

Chivalry can take a bad turn when it comes to planning a date. Somehow current dating norms have come to imply that all date nights should include fancy dinners and a spiffy dinner jacket or dress. This is especially common when trying to impress someone on a first date — but it typically just backfires. Maybe she doesn’t really like dimly lit hole-in-the-wall Italian bistros. And she can probably tell you hate wearing that ill-fitting jacket.

Courtship quick fix: If you’re the one planning the date, ask for input on what she would like to do. (Since so many couples nowadays text back and forth before going on their first date, it should be easy to ask.) This way, it’s more likely that you will both enjoy whatever the date entails. AskMen has a couple good date ideas to keep in mind as well. 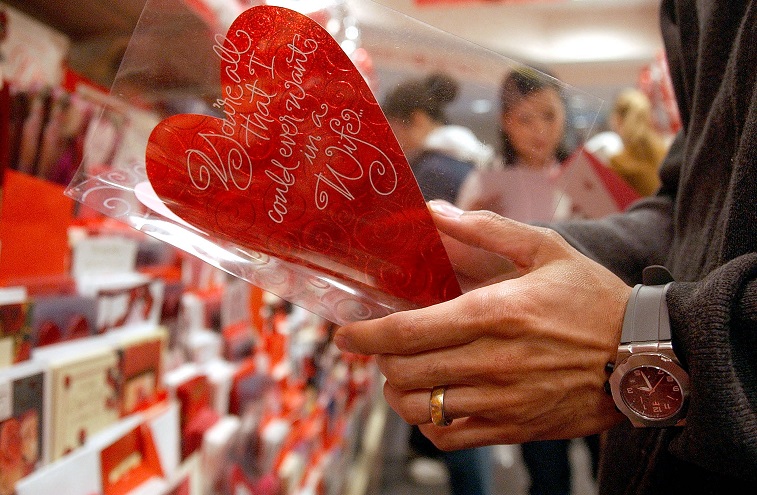 Check before you go overboard with the red hearts. | Photo by Jessica Rinaldi/Getty Images

No holiday draws up more questions about chivalry quite like Valentine’s Day. And believe us — there are women out there who adore the old-fashioned-flowers-and-candy gig. But there are also plenty of ladies who shudder at the idea of receiving these tokens of love due to social pressure. It leaves some women wondering why they don’t get flowers or candy on any of the other 364 days out of the year. And as hard as it might be to believe, some gals just don’t like roses or chocolates.

Courtship quick fix: This one can be a little tricky if you are in a new relationship and don’t know what she likes. First find out if she is even interested in celebrating Valentine’s Day. If she is, maybe go for a gesture that’s more unique — buy a different kind of candy, suggest an activity that you both enjoy, etc.