The Best and Worst US Cities for Healthy Vegetarian Food

It’s easier now more than ever to adopt a vegetarian or vegan diet. Personal finance site WalletHub released a report on 2017’s best cities for vegans and vegetarians. The analysts measured the 100 largest U.S. cities against each other based on metrics like the cost of vegetarian groceries and the number of restaurants serving meatless options. These are the five best and five worst cities for vegetarian and vegan options, as well as a few Cheat Sheet employees’ opinions on great vegetarian-friendly spots.

Fifth on the list of the best vegetarian cities is L.A. Vegetarian and vegan food is easy to come by in a city notorious for its farmers’ markets, kale obsession, and juice crazes.

Analysts found that L.A. also has the fifth most smoothie and juice bars per capita of all of the ranked locations. L.A. Cheat Sheet residents recommend Lotus Vegan in North Hollywood and Vegetable in Studio City. Vegetable is a great place to go with non-vegan friends, as the menu is customizable.

Rice, veggies and delicious seasonings? Sign us up! | Mariha-kitchen/iStock/Getty Images

Baton Rouge placed 96th on the list with a total score of 29.07. This doesn’t come as a big surprise; the Louisiana city is known for its Cajun cuisine like jambalaya (filled with chicken or andouille sausage) and grillades, or pork/steak topped with gravy over grits.

San Francisco holds the spot as the fourth friendliest vegetarian and vegan city in the U.S. While it’s a fairly expensive city to maintain a vegetarian lifestyle in, it makes up for it in other ways. SF has the most community-supported agriculture programs per square root of the population.

A great city to eat only if you’re a hungry carnivore. | Geshas/iStock/Getty Images

Tulsa is known for its art deco architecture, but not its award-winning vegetarian cuisine. It’s the 47th most populous city in the U.S. and ranks 97th in vegetarian and vegan friendliness.

The official state meal of Oklahoma is all the indicator you need of the state’s aversion to vegetarian food. It consists of fried okra, cornbread, barbecue pork, squash, biscuits, sausage and gravy, grits, corn, strawberries, chicken fried steak, pecan pie, and black-eyed peas.

Orlando, Florida, has the highest share of restaurants serving vegan options; eight times more than Chicago, the city with the lowest share. It’s total score based on the analysis is 62.69, making it the study’s third friendliest vegetarian and vegan city.

Walt Disney World may play a role in this ranking. Two of TripAdvisor’s top rated vegetarian restaurants, Jiko and Sanaa, are located in Disney’s Animal Kingdom park and boast vegan and vegetarian options.

Nothing but meat, meat and more meat. | Bhofack2/iStock/Getty Images

Fresno is the third worst city for vegetarians on the list, ranking 98 overall. The city is specifically low for affordability and vegetarian lifestyle — no. 93 for each — but falls in the top 50% for diversity, accessibility, and quality of vegetarian food at number 43.

Among Trip Advisor’s top local Fresno restaurants are the Dog House Grill and Westwood’s BBQ and Spice Co. Both are American BBQ spots.

Portland takes the silver as the second most vegetarian- and vegan-friendly restaurant of the 100 cities. It has a high diversity, quality, and accessibility ranking and falls in the top 31% for affordability.

Thrillist ranks Vita Cafe and Bye and Bye, both in the Alberta Arts District, among the top restaurants for vegetarians and vegans in Portland. 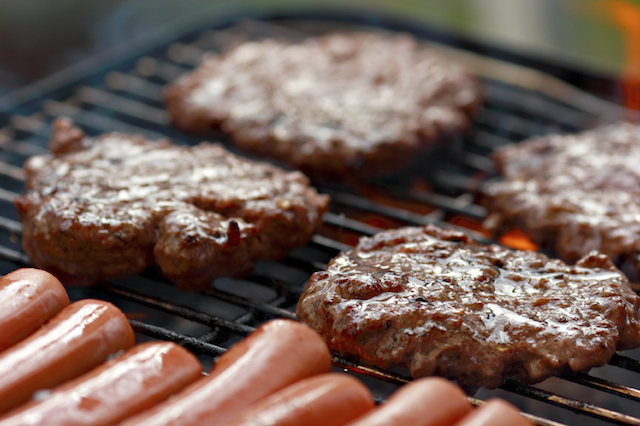 Vegans and vegetarians might find it hard to find a bite to eat. | iStock.com

The second-to-last city for vegetarians and vegans nationwide is none other than Toledo, Ohio. Toledo, while fairly affordable (7th most affordable, actually), ranks low in diversity of options and good vegetarian lifestyle.

A few Toledo restaurants have been featured on TV, but not for their vegetarian options. Tony Packo’s Cafe and Fricker’s famous chicken wings were on the Food Network’s show Guilty Pleasures.

What can’t the big apple do? New York has both the highest share of restaurants serving vegetarian options (around 56%) and the most salad shops per square root of the population.

Greensboro falls at the bottom of the list, making it the least friendly vegetarian city featured. The city is the birthplace of Hardee’s hamburgers, after all.

It received the lowest score by WalletHub’s methodology for accessibility, affordability, and lifestyle at 25.67.