After a Crazy Night, I Tried This New Hangover Cure and the Results Were Not What I Expected

We’ve all been there: reaching for every hangover cure in the book to no avail, filled with regret that we let ourselves get that drunk. But what if there were a way to prep for a night out and reduce your hangover symptoms before you even wake up?

Enter: Flyby. I received a bottle of capsules claiming to be “my new drinking buddy” that would help me wake up refreshed. I’ve had my share of horrible hangovers, so needless to say I was skeptical that a few pills could cure me of the pain of a night of partying. Still, I tested Flyby twice, and the results were surprising, to say the least.

I got drunk for the sake of science

Hate that mid-afternoon hangover? There might something you can do about it. | Shironosov/iStock/Getty Images

I took one for the team and decided to try the new hangover cure that hit the market in 2017. The Flyby pills arrived just in time for the weekend along with explicit instructions: “For the best results, take three capsules with your first drink and three with your last. Stay hydrated!”

I took the capsules twice: first, for a night out in New York City with my roommates and again on Super Bowl Sunday. One of the most popular drinking days of the year felt like the perfect opportunity to test out a potential cure-all. And I was relying on Flyby to work — I needed to be up for work bright and early the next day.

Next: Here’s how the night went.

It was a 12-hour marathon

There was plenty of alcohol to go around. | G-stockstudio/iStock/Getty Images

We started with a bottle of sparkling wine at 1 p.m. Our hosts made a spiked fruit punch, and everyone brought their own beer, wine, and liquor to supplement. Three hours, a few bottles, and multiple drinking games later, we were sufficiently drunk — with two hours and 45 minutes to go before kickoff.

Next: The next day was the true test of the capsules.

Waking up for work

After a weekend of fun, sleeping in was not an option for this writer. | Jlende/iStock/Getty Images

I woke up six hours later for work in my usual post-party haze and began to get ready. Amid the commotion of the Eagles’ upset, I’d nearly forgotten I took the Flyby capsules. By noon, I began to realize their effect.

I had none of my usual signs of a hangover, which were well-deserved after the number of different drinks I’d mixed the night before. My head didn’t feel heavy. I was able to sufficiently focus. And I wasn’t craving hash browns and Gatorade, my usual hangover staples.

Next: So what is Flyby anyway?

The low-down on Flyby

I had the opportunity to speak with Huai about my experience and why I felt so surprisingly good the next day. “About 86% of our customers report a significant reduction in hangover symptoms,” he told me. And he asserted that he takes Flyby “pretty much religiously” every time he goes out to drink.

It usually takes me a coffee, multiple glasses of water, and a few Advil to feel as healthy as I did by midday. The company chose Flyby’s ingredients based on their ability to protect the liver from alcohol-induced toxicity. They also replenish key vitamins and antioxidants you lose from drinking.

Amazon reviewers noticed similar results to mine. One person claimed they woke up the next day feeling “better than I should.” And another calling the capsules “little miracle workers.”

Next: Where the creator of Flyby got his inspiration

“It started when I went to Tokyo. There’s a huge drinking population in Tokyo, and it’s kind of just ingrained in their culture. If you’re in a white-collar business position, you drink every day with dinner, and I always saw people on their lunch breaks drinking,” Huai told me.

Huai experimented with an herbal Japanese drinking supplement during a night at an all-you-can-drink bar. Impressed with the power of the herbal supplements, he began to research how he could help cure hangovers in the States.

Next: Here’s what sets Flyby apart. 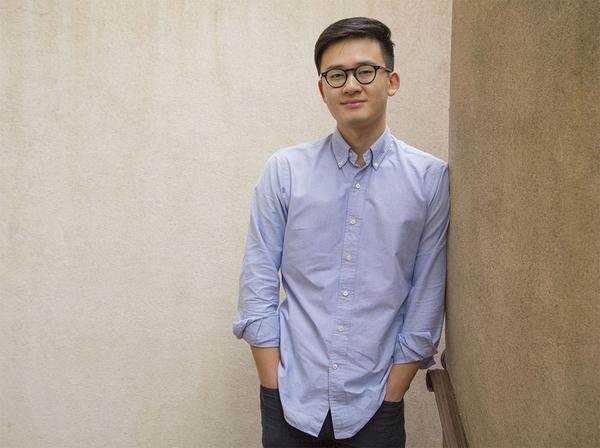 Eddie Huai has the formula all figured out. | Flyby

Huai came across a paper detailing the benefits of DHM, a chemical extracted from oriental raisin trees with the power to support the liver’s natural detoxification process. He then reached out to different manufacturing partners in the U.S. to commercialize his concept and come up with a synergistic mix of ingredients. The capsules are gluten- and allergen-free, non-GMO, and vegan. And they have no artificial colors or flavorings.

So what makes Flyby unique from Pedialyte, Advil, and other over-the-counter fixes? “Pedialyte, sports drinks — those are pretty common products to treat hangovers, but they’re only effective the day after,” Huai said. “We were looking to make a product that actually prevents you from being hungover the next morning. But you can take it the night before.”

Next: The one cardinal rule of drinking

The most important rule when drinking

Enjoy your drinks, but don’t try to be a hero. | Bogdanhoda/iStock/Getty Images

While I dodged a nasty hangover, there’s one thing no pill can cure: the aftermath of drunk decision-making. Despite having a way to drink with little physical consequences, that doesn’t stop you from making bad inebriated choices. And in my opinion, that’s 10 times worse than any hangover.

So whether you use Flyby, opt for a bloody mary, or simply nap through your hangovers, don’t let having a way to party “hangover-free” send you back to the bar for another shot you wouldn’t take otherwise.